Ten of University College Dublin's brightest scholars have been awarded coveted research and teaching roles at some of America’s universities and institutions.

The group are among 36 recipients of this year’s Fulbright Irish Awards, which presents students, scholars and professionals in Ireland the opportunity to undertake postgraduate study, research and teaching in the United States.

The 2020 UCD awardees are from disciplines spanning medicine, food engineering, zoology and the arts.

Minister of State for the Diaspora and International Development Ciarán Cannon TD said: “The role of Fulbright Awardees in driving international research and keeping global channels of communications open is more important than ever.

“Fulbright has always propelled collaboration between the brightest minds.”

US Ambassador to Ireland Edward F Crawford said the Fulbright program played a crucial role in strengthening “the unique relationship shared by the United States and Ireland”.

“The durability of Fulbright is especially important during these challenging times,” he added.

The UCD recipients for the 2020 Fulbright Irish Awards are: 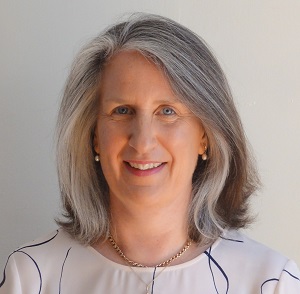 Interdisciplinarity, is her key area of teaching and research. She is the principal investigator of the Horizon 2020 project CHAMELEONS (Championing A Multi-sectoral Education and Learning Experience to Open New pathways for Doctoral Students).

This project is developing education for students undertaking doctoral studies in the area of Connected Health (healthcare managed and delivered via technology).

As a Fulbright-HRB HealthImpact Scholar, Associate Professor Cusack will research best practice and the needs of interdisciplinary doctoral supervisors in the School of Education and Human Development at George Mason University, Fairfax, Virginia and within CHAMELEONS which involves doctoral supervisors from across Europe (Finland, Greece, Portugal, Spain).

Her research will lead to the co-design of a supervisors toolkit which will provide education and networking opportunities for all supervisors involved in the study. 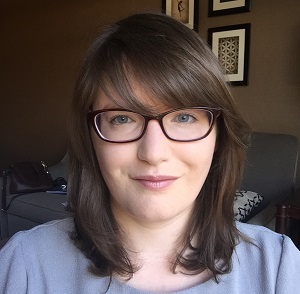 Dr Amanda Drury is an Assistant Professor in Nursing at the UCD School of Nursing, Midwifery and Health Systems.

She is a registered general nurse, with a clinical background in the areas of radiation and medical oncology. Amanda is an Executive Board Member of the European Oncology Nursing Society. She is a graduate of Trinity College Dublin; she was awarded her PhD in 2018, and held the HRB Research Training Fellowship for Healthcare Professionals between 2014-2018.

As a Fulbright-HRB HealthImpact Scholar, Amanda will visit Memorial Sloan Kettering Cancer Centre, New York. She will continue her research to model the healthcare factors which influence cancer survivors’ quality of life outcomes across various systems of healthcare provision and funding.

Muiríosa Guinan is a student at UCD where she is doing an MA in Art history, Collections and Curating and has completed a Postgraduate Diploma in Creativity, Innovation and Leadership.

She received her BA in Sculpture and Expanded Practices from the National College of Art and Design and served there as Student Union President.

She is the Art-Science Curriculum Coordinator in Science Gallery Dublin and maintains her Visual Arts Practice, working primarily through sculpture, photography and painting.

As a Fulbright-Creative Ireland Fellow to the Exploratorium, Muiríosa will explore workshop design and learner experience connected with the Tinkering pedagogy of informal learning. 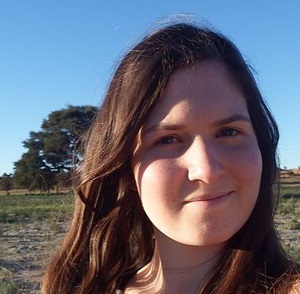 Holly English is a PhD student in the UCD Laboratory of Wildlife Ecology and Behaviour. Previously, she completed an undergraduate degree in Zoology at Trinity College Dublin and a research master’s in Bioscience at Swansea University.

Holly has also worked as a research assistant for the University of Cambridge, University of Oxford and Royal Veterinary College.

Her doctoral research is funded by the Irish Research Council and focuses on using animal-borne sensors to investigate the energetics associated with predation in the canid family.

As a Fulbright-EPA Student Awardee to the Smithsonian Conservation Biology Institute in Washington DC, Holly will deploy accelerometer and magnetometer-equipped collars on coyotes (Canis latrans) to quantify their behaviour and foraging strategies with management implications for mitigating human-wildlife conflict. 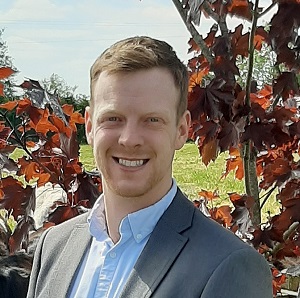 Conor Holohan is a PhD student in animal and grassland science at the UCD School of Agriculture and Food Science. He completed his BSc in Sustainable Agriculture at Dundalk Institute of Technology before receiving a Teagasc Walsh Fellowship to undertake his MSc in Agricultural Innovation Support at UCD, during which he explored the use of farmer discussion groups as a platform for knowledge exchange, and developed The Discussion Group Facilitators Handbook after a research period at Massey University in New Zealand.

His doctoral research is based at UCD Lyons Farm and focuses on dairy cow nutrition and pasture feeding systems.

As a Fulbright-Teagasc Student Awardee, Conor will visit the University of Wisconsin-Madison where he will explore the use of pasture feeding on dairy farms in the Midwest and work on developing an extension program aimed at increasing the uptake and efficiency of grass-based milk production in Wisconsin. 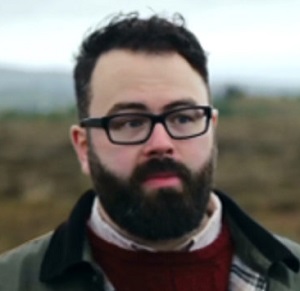 Dr David Kelleghan is an occasional lecturer and researcher within the UCD School of Biosystems and Food Engineering. He is an Irish section committee member of the Chartered Institute for Ecology and Environmental Management, and his PhD was ranked in the top 10 projects for research impact in UCD in 2019.

His work focuses on monitoring and modelling environmental impacts of atmospheric ammonia from agriculture.

As a Fulbright TechImpact Scholar, Dr Kelleghan will visit Iowa State University to further develop ammonia sensors used there. The primary goal of his scholarship will be to enhance low cost ammonia sensors suitable for deployment in both Ireland and Europe.

Improving both the ease of use, and accessibility to such low-cost sensors will enhance the level of monitoring conducted across Europe. This will subsequently improve both the accuracy of atmospheric dispersion modelling and environmental assessments. 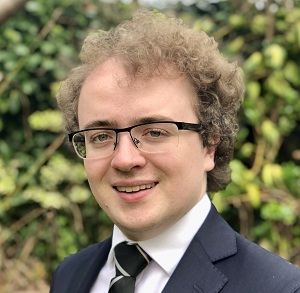 Joshua Kieran-Glennon is a Bachelor of Civil Law (BCL) graduate from UCD. During his time at UCD, Joshua was a member of the UCD Law Review Editorial Board (Volume 19), and Treasurer of the 162nd Session of the UCD Literary & Historical Society.

As a Fulbright Student Awardee, Joshua will be undertaking an LLM degree at Harvard Law School. His studies will focus on commercial law, with a particular emphasis on insolvency law and practice.

He aims to undertake a comparative analysis of the position of statutory preferential creditors in Ireland and the US, with a long-term view to informing the development of the related law in Ireland. 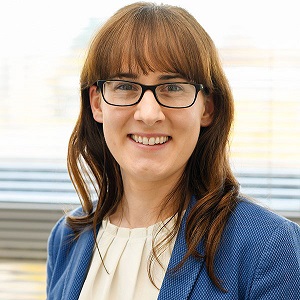 Dr Fionnuala Murphy is an Assistant Professor in the UCD School of Biosystems & Food Engineering. Her national and EU funded research work focuses on understanding, quantifying and analysing complex environmental exchanges across the life cycle of products, processes and systems and, reciprocally, using this knowledge to better design bio and circular economies according to engineering principles.

As a Fulbright TechImpact Scholar, Dr Murphy will join the Earth Research Institute at the University of California, Santa Barbara in June 2021.

Upon returning to Ireland, Dr. Murphy will further develop this tool to enable the sustainable use of bio-resources with a global perspective. 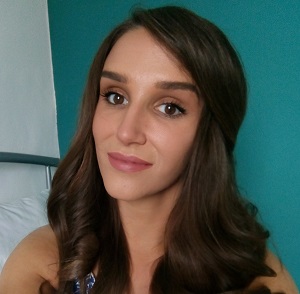 Dr Leanne Waters lectures and tutors at the UCD School of English, Drama and Film. Her primary research areas include literature of the long nineteenth century, bestsellers, popular culture, modernity, and transatlantic exchange.

As a Fulbright-NUI Scholar, she will be carrying out archival research at DePaul University in Chicago for her monograph, “Transatlantic Frontiers: The Emergence of the Western in Nineteenth-Century Popular Boys’ Fiction”.

The project analyses the defining features of the modern Western, as well as the material processes that aided its emergence and tremendous popularity between 1879 and 1914.

While frontier fiction of this time was crucial to the formation of national (American) identities, this monograph examines the extent to which it was also part of broader, transatlantic paradigms and communities, which were rooted in and dictated by market conditions, as well as cultural exchange between Britain and America. 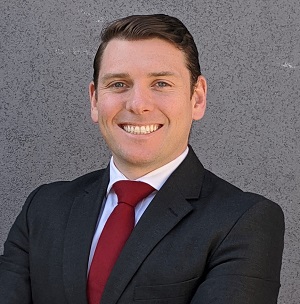 Joseph Stephens is a Cybersecurity Specialist working for the National Cyber Security Centre, a part of the Department of Communications, Climate Action and the Environment. A former Captain in the Irish Defence Forces, his current work focuses on building cyber resilience and capacity in Ireland’s critical national infrastructure.

Joseph will take up a Fulbright-TechImpact Cybersecurity Awardee to Boston College in January 2021 where he will partake in the Cybersecurity Policy and Governance Masters programme and conduct research comparing the US and EU approaches to cyber resilience in critical national infrastructure.