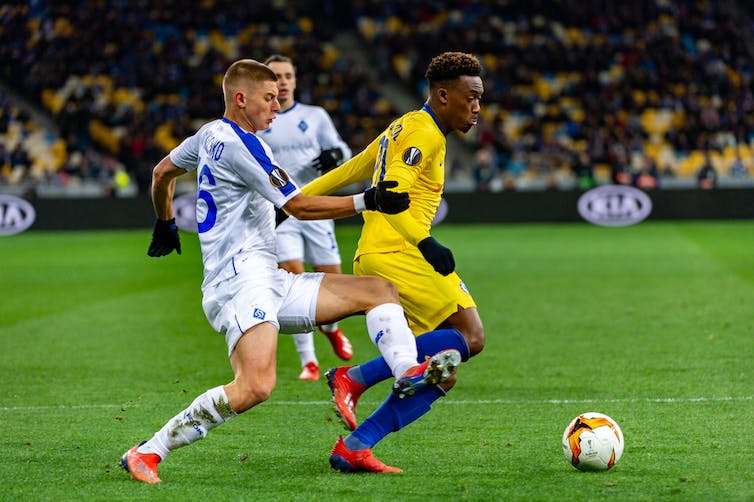 The legendary German goalkeeper Manuel Neuer once said: “You can plan, but what happens on a football field cannot be predicted.”

This sentiment goes a long way to explaining why football is the most popular sport worldwide. Anything can happen on the field, and the more surprising the outcome of a match, the more memorable it will be.

But our new study suggests the results of football matches are becoming more predictable.

We developed a computer model to predict the results of football matches based on data from almost 88,000 matches played over 26 years (1993-2019) across 11 major European leagues. Our model tried to predict whether the home or away team would win by looking at their performance in a certain number of previous matches.

Our model is simpler than the state-of-the-art predictive models used by betting houses today. It requires very little data and is easy to tune and train, which offers the advantage that we can go back, say, 20 years or more. The data available from matches played 20 years ago wouldn’t necessarily be detailed enough to power more sophisticated models.

Its simplicity means our model is going to be less accurate than the more complex predictive models. Even so, our model predicted the results correctly roughly 75% of the time.

We found it has become progressively easier to predict the results of football matches over the years. For instance, our model could correctly predict the winner of a Bundesliga (German league) match in 60% of matches in 1993, whereas its performance was as high as 80% in 2019. This is not because we now have more data on which to base our predictions – although we do, we always trained the model with the same amount of data.

Finding that football results have become more predictable initially surprised us. We thought more money and higher stakes must have made the game more competitive over time, and therefore we should expect more excitement and less predictability in recent years. Examining the data more closely helps us understand why this isn’t the case.

When we looked at teams in the same league in a given season, we observed that in more recent years, the points have been distributed among teams much less evenly. We quantified this disparity by calculating the Gini coefficient (traditionally used in economics to measure inequality in wealth and income) of the points distributed among teams at the end of each season.

This echoes the notion that “the rich get richer and the poor get poorer”. This widening gap could be the result of a cycle where stronger teams end up making more money, which makes them even more powerful in the players market, which then leads to an even stronger squad. 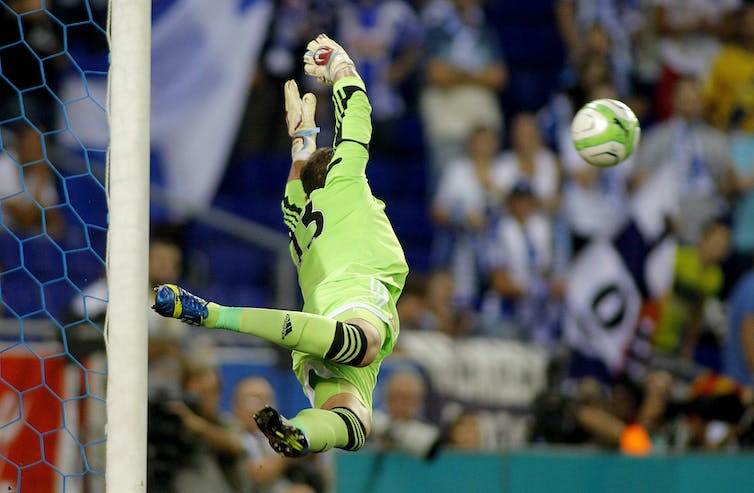 Between 1993 and 2019, the results of football matches in Europe became progressively more predictable. Maxisport/Shutterstock

One other trend in our results helped us understand why football matches could be becoming more predictable. As football fans will know, many of the most exciting games take place when a strong team plays away in the field of a weaker team, and the weaker home team, relying on often epic support from their fans, ends up winning.

We observed an initial home-field advantage of 30% in the early 1990s – which means on average a team playing at home was 30% more likely to win (65% of the time versus losing 35% of the time) compared to a team playing away. The home-field advantage has gradually shrunk to only 15% during the most recent seasons. In other words, it has halved over the past two-and-a-half decades.

So there’s less and less chance for the weaker teams to benefit from playing at home. It seems, in general, that stronger teams will win anyway, no matter where they play.

This could be in part because transportation and training have significantly improved over the past few years, minimising the logistical challenges of playing away, and making it easier for the players to adapt. But more importantly, this seems to be further evidence of the increasing strength of the stronger teams.

So what can be done?

There are some limitations to our study. We only looked at the 11 largest European men’s leagues, and our analysis didn’t go further back than 1993. In addition, for technical reasons, we didn’t include ties in our analysis. If you’re wondering, the number of ties has been declining too, which fits with our other observations.

Nevertheless, the results of our work are robust, particularly for bigger leagues such as the ones in England, Spain and Germany.

Our findings highlight the need for stronger regulations around club incomes, expenditures and player salaries, including, perhaps, the introduction of more effective caps. Otherwise, the success of the sport might become the very reason for its decline. A game that’s easy to predict is not one that will necessarily keep bringing crowds to the stadiums.