Professor Robert Gerwarth named IRC 'Researcher of the Year' for 2022 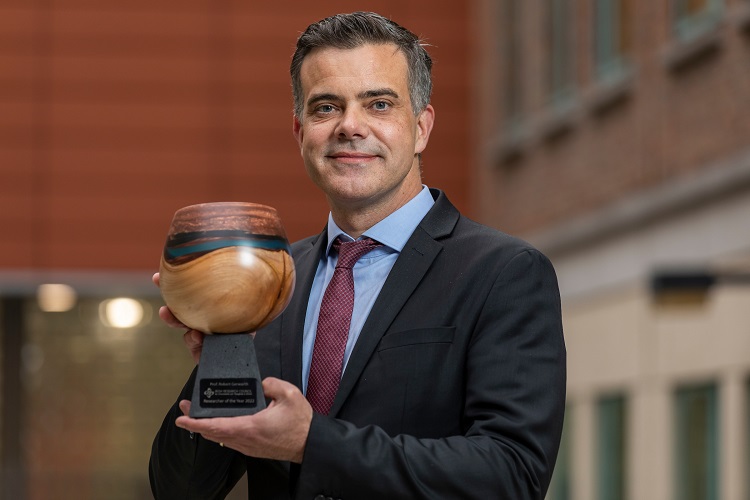 Historian and author Professor Robert Gerwarth has been named as 'Researcher of the Year' by the Irish Research Council (IRC).

The prestigious honour was given in recognition for his significant contributions to the study of political violence and armed conflict in 20th-century Europe.

The Professor of Modern History at UCD School of History and Director of the UCD Centre for War Studies, his principal area of interest German history and World War I and II, with a focus on connecting different national experiences of armed conflict throughout Europe. 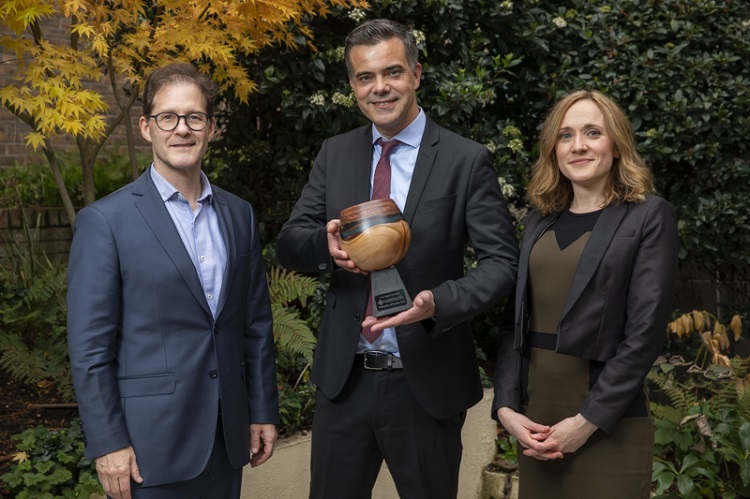 The annual 'Researcher of the Year' awards aim to recognise exceptional IRC-funded researchers seen to be making significant contributions to knowledge, society, culture, or innovation.

UCD Professor Maria Baghramian was also highly commended in the 'Researcher of the Year' category.

The academic from the UCD School of Philosophy is currently coordinator and project leader of the Horizon 2020 project PERITIA, which is reviewing the role of science in policy decision-making and the conditions under which people trust and rely on expert opinion.

This year she was one of just four Irish Academics elected to the prestigious Academia Europaea.

“The Researcher of the Year Awards provide an important opportunity to recognise the very best of the excellent researchers supported by the IRC and to highlight the tangible impact of public investment in research across all disciplines,” said IRC Director Dr Louise Callinan. 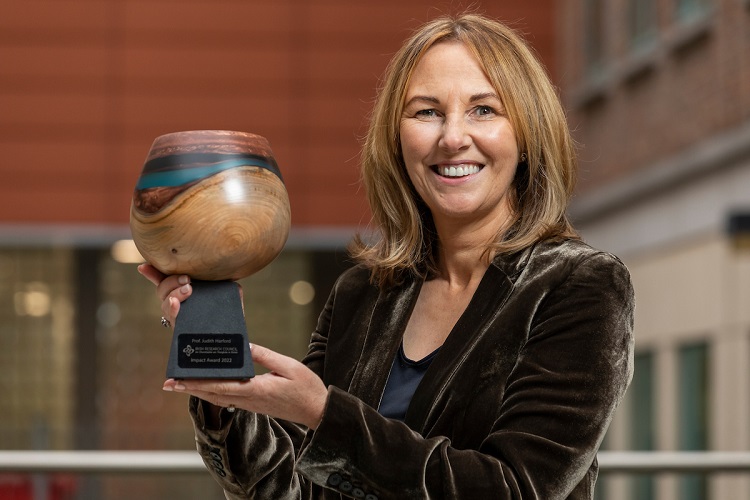 Also winning one of the top prizes at the 2022 IRC awards was Professor Judith Harford, UCD School of Education, who won the Impact Award for her significant record of research impact ‘beyond academia’ in the area of gender, social class and inequalities in relation to education.

Currently she leads the Power2Progress project, a programme geared towards helping more than 600 senior cycle students across 21 disadvantaged schools nationally.

“I am really honoured to have been awarded the IRC Impact Researcher of the Year Award in recognition of my work in the area of gender and social class inequalities in education,” said Professor Harford. 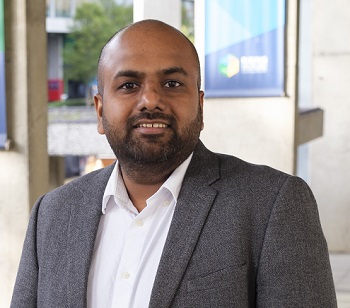 In the 'Early Career Researcher of the Year' Award, Dr Madhusanka Liyanage, from the UCD School of Computer Science, was highly commended.

“I am also very grateful to my colleagues within UCD, the school of computer science, and our global collaborators who helped me to get this special commendation,” he added.

Of those early career researchers who have won Medals of Excellence, two of the four recipients were UCD researchers.

Postdoctoral researcher Dr Claudia Dellacasa, UCD School of English, Drama and Film was the winner of the Maurice J. Bric Medal as the top ranked post-doctoral fellow in the Arts, Humanities and Social Sciences under the Council’s 2022 Government of Ireland scheme.

And postdoctoral researcher Dr Amiya Pandit, UCD School of Civil Engineering, who received the Thomas Mitchell Medal as the top-ranked post-doctoral fellow in the area of Science, Technology, Engineering and Mathematics in the Government of Ireland Scheme.

Elsewhere, eight UCD supervisors, mentors and research officers were awarded the IRC’s ‘Research Ally’ prize, in recognition of the important work of supervising academics and research support staff behind the scenes.

Professor Orla Feely, UCD Vice President for Research, Innovation and Impact said: "Irish Research Council Awards are vital to supporting excellent research across all disciplines, and to enabling researchers in Ireland to deliver real impact. I am delighted to see the outstanding contributions of UCD researchers recognised so significantly today.

"I congratulate the award and medal winners, the highly commended researchers, and the mentors, supervisors and research officers for their commitment to research and their impact both within and beyond academia."