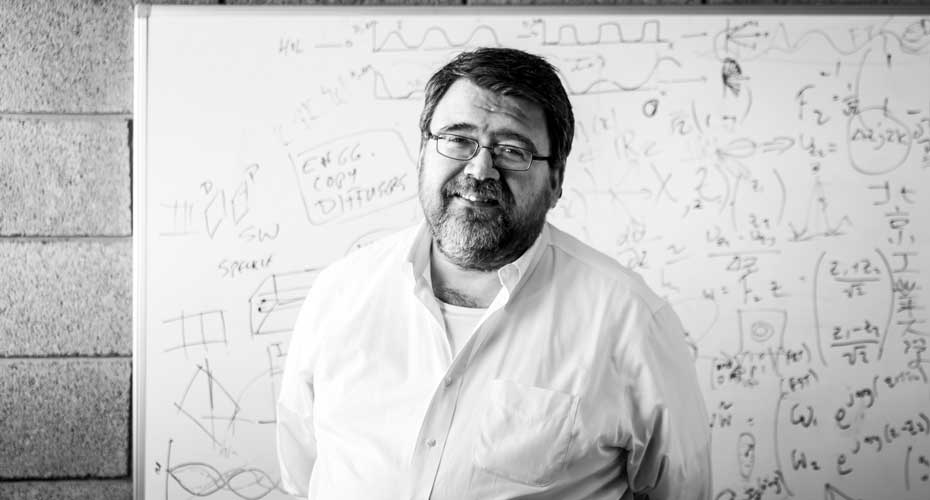 Prof. John (Seán) Sheridan was born in Castlebar, Co. Mayo, Ireland. From a young age, he knew he wanted to work in science. He received his Bachelors degree in Electronic Engineering from University College Galway in 1985 and earned his Masters degree with Prof. Bill Rhodes at Georgia Tech in 1986. He received his DPhil from the University of Oxford in 1991, where he had fulfilled a dream by working with Prof. Colin Sheppard and Prof. Laszlo Solymar, author of the textbook that had sparked his interest in electromagnetics and materials as an undergraduate. He held postdoctoral fellowships, supported by the Alexander von Humboldt Foundation and the European Community, at the Lehrstuhl fur Angewandte Optik in Erlangen-Nürnberg University, Germany, and in 1994 became a visiting scientist at the European Commission Joint Research Centre, Italy. He returned to Ireland in 1997 as a permanent lecturer in the School of Physics, DIT.

Seán joined UCD in 2000 as a College Lecturer, was promoted to Senior Lecturer in 2005 and Professor of Optical Engineering in 2007. He served as Vice-Principal for Research, Innovation and Impact of UCD’s College of Engineering and Architecture from 2019 to 2021, and as Head of the School of Electrical and Electronic Engineering since September 2021. He was an outstanding researcher, inventor and educator. For his ground-breaking contributions to optics, he was made a Fellow of SPIE (the International Optical Engineering Society) in 2014, the Optical Society of America (now Optica) in 2016 and the Institute of Mathematics & Applications in 2018. He also worked with industry and founded several companies, including Equilume, which develops bio-optimized lighting for horses. As a passionate educator, he took a great interest in his students and their welfare, supervising over twenty doctoral students, founding and advising the SPIE and Optica Student Chapters in UCD, and teaching electromagnetics and optical engineering to generations of undergraduate engineers.