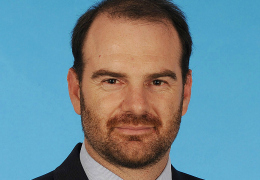 Professor Carel le Roux (MBChB, MSC, FRCP, FRCPath, PhD) graduated from medical school in Pretoria South Africa, completed his Senior House Officer training at Barts and The London Hospital, his SpR training in metabolic medicine at the Hammersmith Hospitals and his PhD at Imperial College London. He was appointed as Senior Lecturer in 2006, promoted to Reader in 2009 at Imperial and accepted a Chair as Head of Pathology at University College Dublin in 2011. He received the President of Ireland Young Researcher Award from science Foundation Ireland, a Clinician Scientist Award from the National Institute Health Research in the UK and a Wellcome Trust Clinical Research Fellowship amongst others.

A popular lecturer at undergraduate level, national and international conferences he has also supervised several MSc, MD and PhD students, many of whom have gone on to successful academic careers.

After establishing a successful independent research group he published numerous high impact papers over the years that have influenced his field. In particular, his translational research on the understanding of the physiological role and pathological changes in appetite control has been widely acknowledged. He has also been able to take up a variety of editorial positions of peer reviewed journals.

Working within the Diabetes Complications Research Centre and the Section of Surgery and Surgical Specialities the focus of his research is primarily concerned with increased mortality and morbidity associated with obesity and diabetes. A better mechanistic understanding of how the “gut talks to the brain” will allow safer and more effective treatments to be used in future. To this end the role of gut hormones, bile acids and changes in food preference are areas of interest.