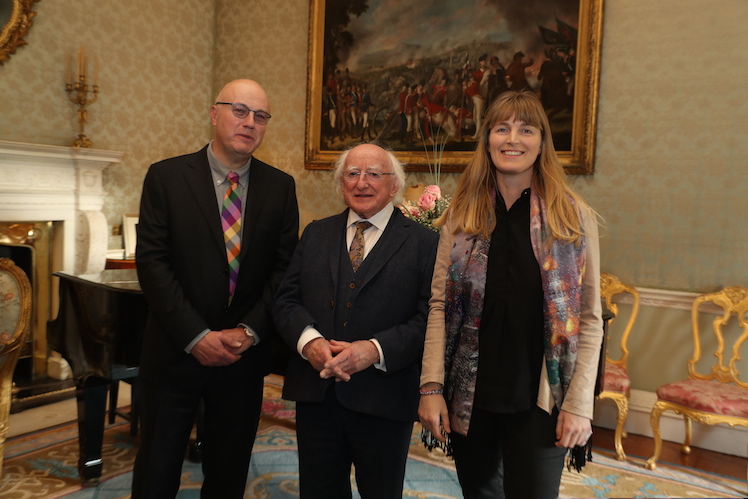 Her grant of €1.57m is the largest of five research awards presented by SFI to academics in Ireland.

Dr Kiel’s research will examine how mutations in cancer damage biological networks that control the functioning of cells and the health of organisms.

“The research will identify the network connections that are deranged by genetic mutation and then aim to exploit this aberrant connectivity to destroy cancer cells,” said Dr Kiel.

“Ultimately, this approach may provide better mechanism-driven diagnostics and treatments.”

Research supported by these five SFI President of Ireland Future Research Leaders Awards will explore the development of drugs for the treatment of diseases and research on regenerative medicine.

President of Ireland, Michael D. Higgins, honoured the award recipients at a special ceremony in Áras an Uachtaráin in Dublin.

The other four awardees are: