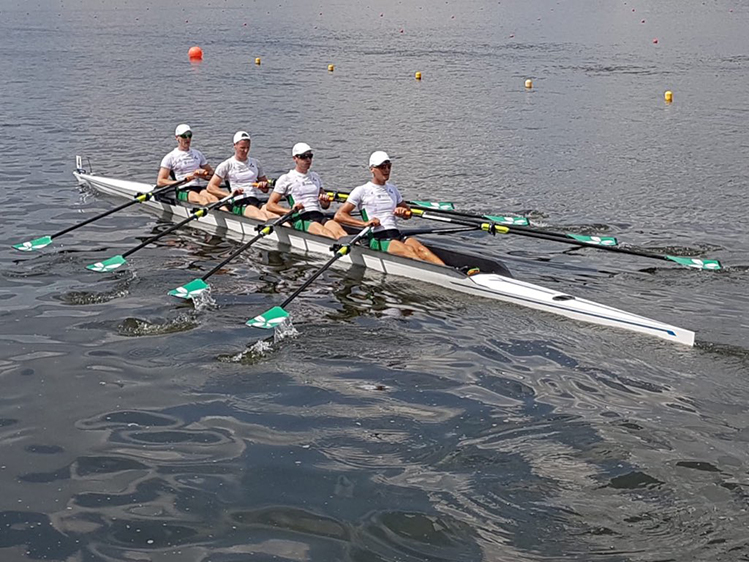 A trio of rowers from University College Dublin are in contention for gold after delivering outstanding performances at the World Rowing U23 Championships.

David O’Malley, from the School of Medicine, and Shane Mulvaney, studying science, gave Ireland a cracking start to the rowing championships in Poznan, Poland this week.

The lightweight pair zoomed past their race rivals from Chile to win their heat in the third fastest time.

The Ad Astra Academy athletes, who won bronze at the U23 World Championships last year, look well positioned for a medal on Saturday.

Super result for the Irish lightweight men’s quad! Through to the A Final at the World Rowing U23 Championships in Poznan. Thanks to HP director Antonio Maurogiovanni for the pic (below) of the crew after winning their repechange this morning #greenblades #wearerowingireland pic.twitter.com/zncV2lXYx6

The Irish crew secured their place with a dominant performance in their qualifying heat.

They won their repechage by a clear length from Spain, who rebuffed Germany and Britain to come in second.

A student of the School of Engineering, and an Ad Astra scholar, Goff took bronze last year in the lightweight quadruple.

Elsewhere, the Ireland women’s hockey team booked a quarterfinals slot at the World Cup in London with a 1-0 win over India on Thursday, July 26.

The team, which is captained by UCD veteran Katie Mullan, have impressed at the tournament, defeating the United States before their clash with India.

Having secured a place in the knockout stages, the Irish ladies now face Olympic champions England on Sunday.