Prevention is Better than Cure

Childhood obesity is one of the major 21st century public health challenges and it is increasing at an alarming rate. Overweight and obese children are likely to stay obese into adulthood and are more likely to develop cardiovascular and metabolic diseases at an early age.

Overweight and obesity, as well as associated diseases are largely preventable and need high priority. Levels of obesity are forecast to increase globally and Ireland could have one of the highest rates of obesity in Europe by 2030.

The health of children predicts the health of future adult populations, therefore early intervention policies are key. The medical consequences of obesity previously only seen in adulthood are now being seen in children and adolescents.

Professor Cecily Kelleher’s major areas of work around public health involve the Childhood Obesity Surveillance Initiative (COSI) which was commissioned by the Department of Health and the Health Service Executive as part of the National Taskforce on Obesity.

COSI is a joint study launched by the World Health Organisation in 2008 with 13 Member States, and which now involves a total of 42 European countries using a common European approach.

Built on nationally representative samples and standardized weight and height measurements, COSI is a unique system that provides big data to monitor the progress of the obesity epidemic in schoolchildren.

Professor Kelleher’s’ other main research areas are the Lifeways Cross – Generation and Lifeways Cohort studies. Her research team were also commissioned in 2007 by the Department of Health to do an All-Ireland Traveller Health Study (AITHS) of 40,000 Travellers.

Between the large scale COSI Surveillance Study, the Lifeways studies and the Travellers study, Prof Kellehers' research is concerned with looking at how cumulative influences over the lifecourse influence health and wellbeing and in turn how these are passed from one generation to another. 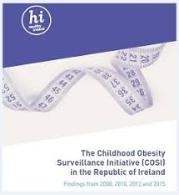 COSI have measured 100,000 children to date. The main findings are that obesity rates have tended to stabilize though still a significant public health problem. The prevalence of overweight and obesity is significantly higher in girls than boys and disadvantaged schools have a higher prevalence of overweight and obesity in comparison with children in non-disadvantaged schools. Click here to learn more.

The Lifeways Cross Generation study is highly unusual in that it involves three generations of the same family and very clear influences of both parents and grandparents are shown on the growth of the child.

The study participants were recruited through two large maternity hospitals in Dublin and Galway. Cecily and colleagues examined one thousand mothers-to-be, along with collecting data on the father if available and at least one grandparent. When the children were born the researchers then followed them up through their GP and their hospital and immunization records.

The grandparents from the greater Dublin area were followed up through examination, and those outside the catchment area completed a quality of life questionnaire.

Body mass index (BMI) is a measure of weight against height. When considering the obesity crisis, BMI appears to be more strongly influenced by the maternal line with influences from both the mother and grandmother. Childrens’ dietary habits tend to be similar to that of their parents, particularly their mothers.

“The fathers mother also influences her granddaughter because she will have passed an X chromosome exclusively through the father to that grandchild.”

Other findings were that longer working hours, shift work and relatively high caffeine intake of the mother tended to be associated with lighter birth weights. Asthma at age 3 years is associated with the mother’s diet in pregnancy, with increased fruit, vegetable and oily fish intake associated with a lower asthma rate.

Height is a more complex trait, with influences from both the parents and the fathers father. Father and grandfather smoking influenced the BMI of the children also. The team hopes to follow up the children again in 2020 by bringing the now adolescents to UCD for further research.

The research team have also recently added in the information from the 1948 Dietary Survey to the study. They can link this information and show potential influences of the 1940’s grandmother on the growth and development of the adolescent today. 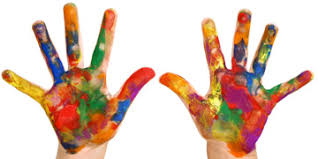 Professor Kelleher and Colleagues main findings are the AITHS study to date, are evidence of disadvantage and a poorer health profile of travellers versus the general population. The travelling community has since enlarged considerably but still has relatively modest numbers of people aged 50 years and above. 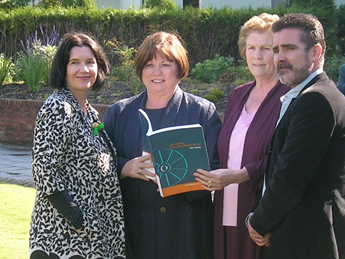 The collective impact of this work is contributing very considerably to the international discussion around the overweight and obesity epidemic in terms of its contribution to the World Health Organisations Public Health Surveillance project. There are many larger studies that have been conducted but they do not have the breath of information that the UCD team have collated.

Colleague Dr. Sylvia Bel Serrat who is the manager of the National Nutrition Surveillance Centre has obtained Health Research Board funding to work with disadvantaged young women. These interventions aim to educate and influence young women to take care of their health.

Clear targets have been set out by the Government in the Obesity Policy and Action Plan. This aims for a sustained downward trend in the prevalence of overweight and obesity of 0.5% per annum and a reduction of 10% in the gap in obesity levels between higher and lower socioeconomic groups.

The work Professor Kelleher and colleagues are doing in this area is contributing towards these targets through educating both the public and scientific communities around the importance of early intervention in the obesity crisis.

Additionally, the Lifeways project has 600 of the original 1000 families still quite engaged and have used regular newsletters to keep families updated on the findings. This can influence and educate these families who are planning for the future and their future offspring due to their direct involvement in the project.

The eminent physician and epidemiologist David Barker has influenced Professor Kelleher’s' work. He coined the maternal and child health message of “the first 1000 days”. The message is that how well or poorly mothers and children are cared for during the first 1000 days has a major impact on the growth and development of a child.

Prof Kelleher believes we can learn from what happened in the past 100 years of nutrition and can plan for what should happen in 100 year’s time. She considers the Lifeways Research results as an investment for future generations.

“A lot of people think oh dear, I cannot swap my grandmother! We need to engage young women as early as possible in planning for pregnancy later in life. You cannot swap your grandmother, but you can learn from her.”

Professor Kelleher’s' research with the travelling community informs knowledge around disadvantage in areas such as underutilization of health services and Traveller health behaviors.

This work has been featured in a textbook on methodologies for finding hard-to-reach people. The AITHS work has positive impact on potentially improving the health and longevity of Travellers and for the education and training of health professionals to maximize the benefit of their interactions with the travelling population.

Professor Cecily Kelleher is the principal of the College of Health and Agricultural Sciences and also a faculty member of the School of Public Health, Physiotherapy and Sports Science and Professor of Public Health Medicine and Epidemiology. Professor Kelleher’s’ main research areas are understanding how cardiovascular diseases and obesity patterns vary over time, between countries and how those patterns are affected by the life course and genetic influences.