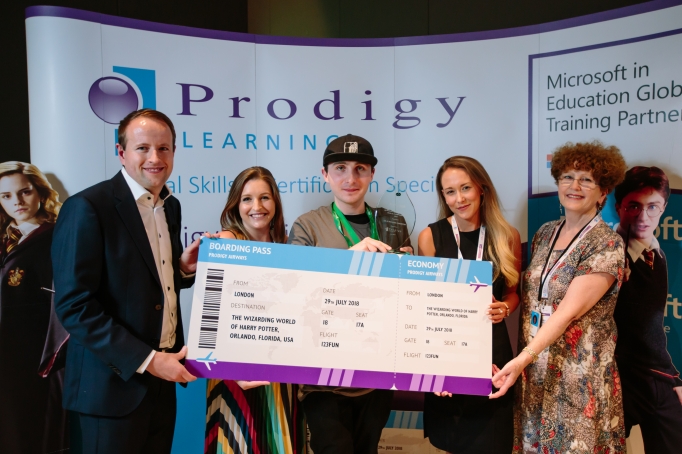 The winners of the 2018 MOS Four Nations UK & Ireland Championship Final were announced on 22nd June 2018 in London.

Christopher Doyle, who is studying a Bachelor of Commerce in the UCD Lochlann Quinn School of Business, Ireland scored the highest in his category in the MOS4N Championship Final. Christopher won first place in the Microsoft Excel 2016 category. He will head to Orlando, Florida, USA for the MOS World Championship from July 29 – August 1st, 2018.

“From approximately 50,000 entries around UK & Ireland, it is a fantastic achievement for Christopher to come top of the class among those who can use Microsoft Office tools effectively” said Andrew Flood (CEO, Prodigy Learning) “We are very much looking forward to Christopher representing UK & Ireland at the MOS World Championship, we know he will perform very well.”

Certiport anticipates more than 150 finalists from more than 60 countries will compete at the MOS World Championship where students will again participate in a unique competition exam in their track. Six winners will receive cash prizes, medals and the title of Microsoft Office Specialist Word, Excel or PowerPoint World Champion.