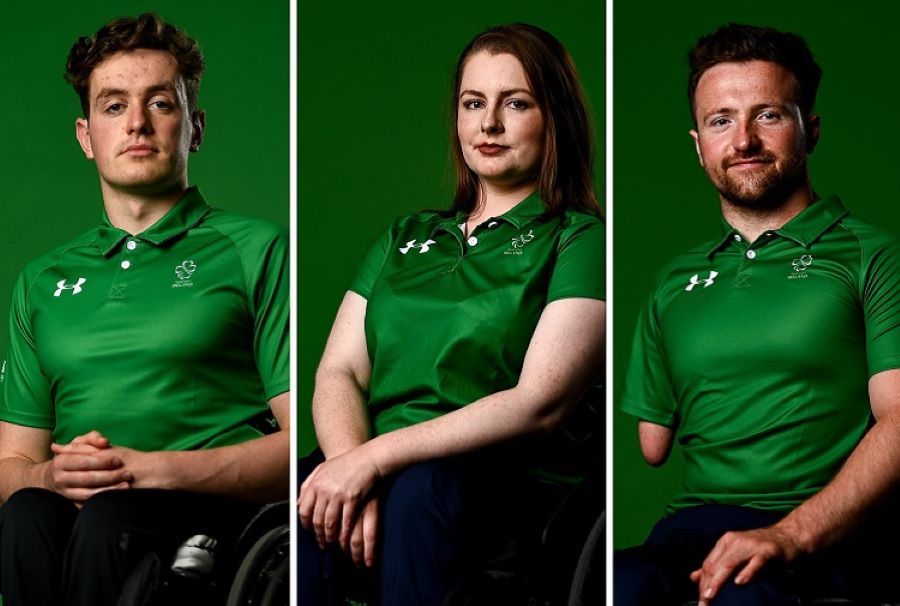 UCD alumni Patrick Flanagan, Kerrie Leonard and Colin Judge will all compete at the 2020 Paralympic Games in Tokyo

Three graduates from University College Dublin are among the 29 athletes selected to represent Ireland at the 2020 Paralympic Games.

Team Ireland has arrived in Japan ahead of the opening ceremony of the Games at the Olympic Stadium on 24 August, and the first cohort of Irish para athletes will be in action the following day in a number of events, including swimming, cycling and table tennis.

Among those first to compete will be Patrick Flanagan and Colin Judge, two former UCD Ad Astra scholars.

Patrick Flanagan, who studied Economics & Finance while at UCD, will be in action at the Tokyo Aquatics Centre.
The Longford native has competed for Ireland on several previous occasions including the European Para Youth Games, where he won several medals, and the 2018 Para Swimming European Championships and 2019 Para Swimming World Championships.

His favoured events are the 100m Backstroke and the 400m Freestyle.

In table tennis, Actuary and Financial Studies alumni Colin Judge will begin his Paralympic Games on the 25th of August, competing in the Class 3 Men’s Singles event.

The Dubliner made his first appearance in Irish colours in 2012, when he represented Ireland for the first time at the French Open. In table tennis, Actuary & Financial Studies alumni Colin Judge will begin his Paralympic Games on the 25 August, competing in the Class 3 Men’s Singles event.

Since then, he has flown the flag for Ireland on numerous occasions against some of the best Table Tennis players in the world, including a win over the world number one in 2014.

Colin won his first gold medal in 2015 at the Romanian Open, and later that year won his first Irish National Championships – a competition he has won every year since with five titles to his name.

In 2017, Colin won his first major competition at the European Championships and following re-classification in 2018, he competed at the World Championship, and has since won several medals around the world, including double gold in February 2020 at the Polish Open.

On Friday 27 August, Kerrie Leonard will make her first appearance at a Paralympic Games competing in Archery.
Having completed a Marketing Masters in UCD in 2019, the Meath native has competed internationally since 2012, and has represented Ireland at the last three World Archery Championships.

The 30-year-old is from a farming background and is a keen advocate for farm safety.

Offering his best wishes to Ireland’s 29 Paralympians, Irish President Michael D Higgins said there could be “no greater accolade for a sportsperson than to be chosen to represent their country at the biggest international sports competitions.”

“Participation in the Paralympics is, for all athletes, a true tribute to their talent, skills and determination. There is no doubt that these qualities will also ensure that our Paralympians will transcend the unprecedented circumstances under which this year’s Games are being held, and will make us proud as they uphold the spirit of sportsmanship which defines Team Ireland.”

This article was originally posted on ucd.ie on August 13, 2020 and was written by David Kearns, Digital Journalist / Media Officer, UCD University Relations.