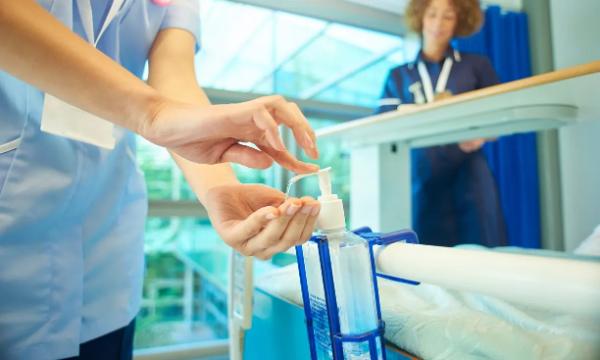 Two Coronavirus stories struck me in the past week. The first was Boris Johnson, who was released from hospital on April 12 after being treated for Covid-19. He praised all the NHS staff, but refrained from mentioning that the NHS was in a lot worse shape now than in 2010, at the beginning of 10 years of Tory austerity. He did not ask why the NHS has half the number of intensive care beds than the European average. And while he and Chancellor Sunak are willing to pledge more money to the NHS now, he did not mention the possibility of restoring the salaries of these heroic nurses, which has declined in real terms by 8% since 2010.

(And while he praised Luis, his Portuguese nurse, he did not ask whether Brexit might be a problem for the NHS in its longstanding recruitment crisis.)

Again, however much we admire Moore’s physical achievement, he has not used the attention to blame the government either for austerity or for its handling of the current crisis. (It is also interesting that Mr. Moore’s endeavours are cast as the natural continuation of British success in World War II, as well as of colonial policy in India and Sumatra.)

Heroism is part of a cluster of concepts called the ‘supererogatory’. The basic idea is that a person is praiseworthy for performing a supererogatory act, but not blameworthy for failing to perform it. They have gone “beyond the call of duty” to do something good. This seems familiar and straightforward enough, but upon closer examination it conceals moral complexities.

When Johnson refers to the doctors and nurses and other individuals working for the NHS, he is drawing attention away from the institution of the NHS and its essential reliance on British government policy decisions, past and present. (In the same way, praising individual British soldiers obscures British colonial policy.) Ideally, a well-funded health service should not need any heroes working for it; it just needs enough people to do their job competently.

Furthermore, in praising NHS nurses without offering them a pay rise, Johnson is implying that prime ministerial praise is sufficient reward. He is also relying on a widespread public perception that nurses do their job not for money but simply for the good. It always looks a bit unseemly for nurses (like teachers) to go on strike for a better pay, because it impugns their motives for becoming nurses in the first place. So heroes don’t need to be paid fairly.

Similarly, a properly-funded NHS would not need Tom Moore to earn sponsorship money for it. The government should be embarrassed by Tom Moore’s efforts. What is interesting in the Tom Moore case is the sheer number of people with a lot of disposable cash right now, despite the widespread reluctance to pay higher taxes to fund the NHS on a systematic, permanent basis – judging by the December election result.

For the concept of heroism to be a useful currency, it has to make distinctions. As soon as every NHS worker is heroic, then it becomes more difficult for the NHS Personnel Departments to distinguish between the heroic, the competent, the temporarily underperforming -- and the culpably underperforming NHS workers who are unwilling or unable to carry out their assigned ‘heroic’ tasks. Heroism also implies a particular kind of motivation: and yet a lot of people work in the NHS for ordinary non-moral reasons, they carry out their duties well enough, and then they go home at the end of the day – too much talk of heroism obscures the fact that there is nothing wrong with ordinary conscientiousness. Indeed, one essential task of medical and nursing schools is to train doctors and nurses to aim for professionalism and not for heroism, precisely because of the risk of burn-out.

And heroism is not always a good thing. When the firefighters reach the blaze and get to work, the last thing they want is a would-be civilian hero rushing into the building. Too much uncritical hero-worship, in institutions as well as in families, can breed complacency and injustice. And Bonnie Tyler certainly did not improve her feminist heroic credentials when she was “holding out for a hero”:

In conclusion, I’d like to ask for a bit less talk about ‘our heroes’ in the NHS, and a bit more talk about the permanent financial recognition that both the NHS and its workers will be receiving at the end of the Covid crisis.

Associate Dean of the College of Social Sciences & Law