Engaging transition-year students with climate change and empowering them for what is to come is at the core of an IRC-NEW FOUNDATIONS project "Climate Change Engage" led by Earth Institute Member Michael Lennon with Anita McKeown and Rebecca White from the SMART Lab in Skelligs.  Other Earth Institute members of the project team include Aura Istrate, Paula Russell and Tamara Hochstrasser. The project completed a pilot game design sprint that with the Muinín Catalyst Sustainable STEAM project funding from Science Foundation Ireland’s Discover Programme / Department of Education was further developed into a full Transition Year Unit.  Anita McKeown presented what was learned during this pilot game design sprint at the RGS-IBG international annual conference in Newcastle in late August 2022.

The pilot sprint took place in March this year when a transition year student group in County Kerry developed four unique game concepts (designed, prototyped and presented) with a climate change adaptation theme for their peers during  a five-day design sprint. . The sprint adapted an existing design sprint and educational resources (McKeown et al 2022) developed through four years research with  students and teachers. Within the place-based STEAM approach of the sprint, learning happens at the intersection of the five areas, Science, Technology, Engineering, Arts and Mathematics  and further emphasises the connection between the sprint theme with the locality  and community. The design sprint is an intensive focused approach that embeds 21st century skills, while integrating systemic, design thinking and the Sustainable Development Goals.

Mick Lennon said: “Rather than just playing another adult-driven climate change game, participants take the lead in devising a fun-to-play game that both provides knowledge and informs decisions.  We simply structured the process, provided them with a host of resources and lots of plasticine.  They brought enthusiasm, interest and a wonderfully wild imagination.” 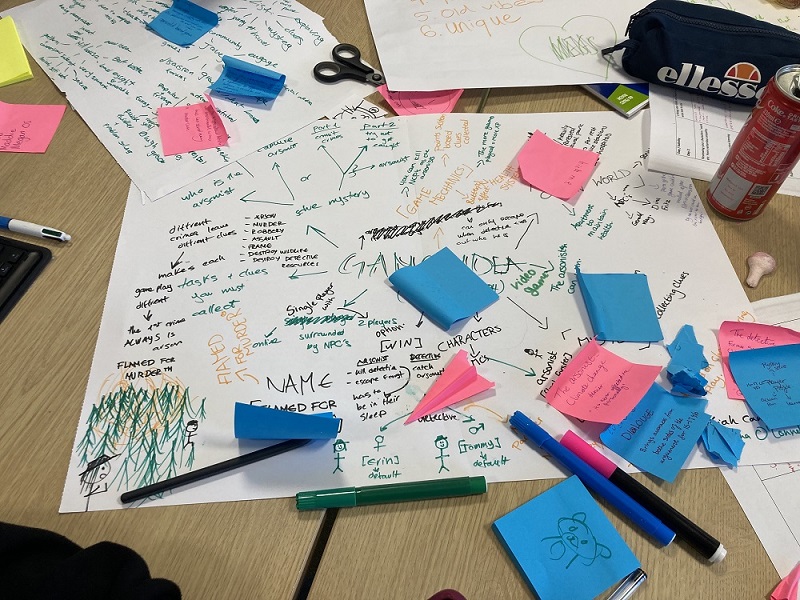 Tamara Hochstrasser who has developed lesson plans based on scientific understanding of climate change and climate action says about the project: “Adapting my teaching material on climate change for a younger cohort gave me a fresh perspective on the material and enhanced my capacity to support active learning. Anita and Rebecca were superb at giving feedback and bringing the lesson plans to life.”

Commenting on the Climate Change Engage project Paula Russell said “This was a great opportunity to think about our current settlement patterns and their implications for climate change. It was really refreshing to work with teenagers in an innovative way, thinking about game design and using climate change as the problem and the theme to be addressed in the students’ games”.

Aura Istrate developed lesson plans on serious games based on her research in this field. She says about the project: “Supporting students’ learning capabilities regarding socio-environmental challenges through interactive and creative means is a good way to unleash further possibilities for awareness-raising and solution-finding among youth.”

All of the UCD Earth Institute academics and project team members involved believe that climate change is such a pressing issue that we need to explore different pedagogies to help students think about the challenges, and hopefully come up with innovative solutions to this global challenge.  The output of the project will be available online at the end of September. Schools are signing up to use it through the two-year Muinín Catalyst Sustainable STEAM project with SMARTlab Skelligs, the social enterprise Living Iveragh and UCD.

Mike Lennon summarizes: “Too often we simply tell teenagers the ‘bad news’ and what ‘we’ – the adults who are failing them – think needs to be done.  This project flips that process by enhancing the agency of teenagers to communicate reasons and means for change in a way that engages ‘their’ peers through a climate change game in a language and logic ‘by’ and ‘for’ them.  Best of all, it’s a fun process harnessing the creativity of teenagers that we so often neglect when talking to them about climate change.“