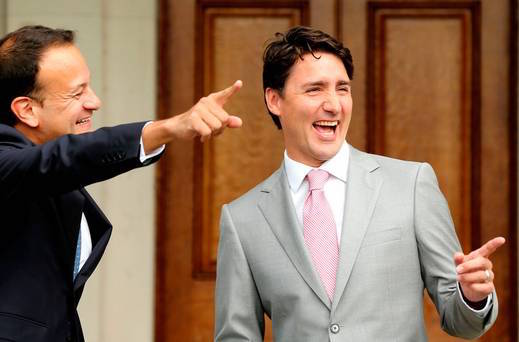 During his year-long tenure in the he School of English, Drama and Film, and the UCD Centre for Canadian Studies, Gregory will give an introductory module on Canadian Studies and a stage-three seminar on Canadian literature called “Conflict in Canadian Literature.” Gregory will also convene a conference with performances at UCD called, “TEXT/SOUND/PERFORMANCE: Making Canadian Space,” which responds to recent and significant shifts in innovative writing practices in Canada poetry and experimental performances.

Gregory is Professor of English at Brock University, St. Catharines, Ontario, Canada.  He is a poet, scholar, and editor who has published fifteen books of experimental Canadian writing. Gregory has been a tireless advocate for literature in Canada, digging up lost gems from the past (such as Lawren Harris’ poetry, which he published in a best-selling collection called Contrasts In the Ward, a Book of Poetry and Paintings) and highlighting contemporary avant-garde work (such as his forthcoming collection, co-edited with Christian Bök, Avant Canada: Poets, Prophets, Revolutionaries, due out this Fall). As a poet, he has performed his poetry and music across Canada, the United States, and Europe, including performing at the 2010 Vancouver Olympics as part of the Cultural Olympiad. To promote literature and literacy in his hometown, Betts launched the Festival of Readers in 2016 and remains its Artistic Director. Of his appointment, Gregory said: “I am thrilled to be coming to such a prestigious venue for innovative and experimental writing, into a community so well-attuned to the written word. Canada has much to learn from Ireland in both literature and politics, and I come with open ears, eyes, and mind.”

Professor Sarah Prescott, College Arts and Humanities Principal, said: “I warmly welcome the appointment of Professor Gregory Betts as Craig Dobbin Chair and the College as a whole is very excited by his plans to develop the areas of creativity and performance in Canadian Studies at UCD .”

The Craig Dobbin Professorship is housed in the UCD Centre for Canadian Studies within the School of English, Drama and film at the College of Arts and Humanities. It was established in the 1994, a legacy of Dr. Craig Dobbin of St John's, Newfoundland, whose forebears came from Co. Waterford, Ireland. It was endowed through Professor John Kelly, when he was Registrar of the College, in conjunction with the Ireland Canada University Foundation.

Students can take two Modules with Professor Betts, both in term two: