The Global Perspective of Urban Labor in Mexico City, 1910–1929 examines the global entanglement of the Mexican labor movement during the Mexican Revolution. It describes how global influences made their entry into labor culture through the cinema, the theater, and labor festivals as well as into the development of consumption patterns and advertisement. It further shows how the young labor movement constituted its discourse and invented its tradition at meetings and in the columns of newspapers.

The local conditions constitute the framework for the examination of Mexican labor’s perspectives on and engagement with contemporary events of global significance. Thereby, this book demonstrates how workers turned to the global context in search of guidance and role models, embracing global developments and narratives. It also reveals the differentiations from this context in order to create a unique local identity.

This approach allows new perspectives on the role of a neglected revolutionary actor and on the influence of global developments in a revolution that has been predominantly interpreted from a national point of view. It shows the way global ideas were brought to life in the framework of revolutionary Mexico City – providing new insights into the grand-narratives of Globalization and Revolution.

Stephan Fender works as a postdoctoral researcher at UCD, where he examines the global impact of the Mexican Revolution. 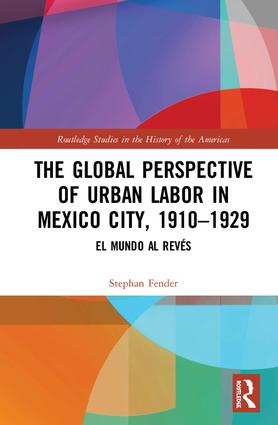