The research team led by Profs. Obayashi, Masuyama & Kodate in a residential nursing home has developed and tested a cuddly toy robot, which has monitoring and communication functions for older people. Their poster has been given the Best Digital Award by the European Geriatric Society. 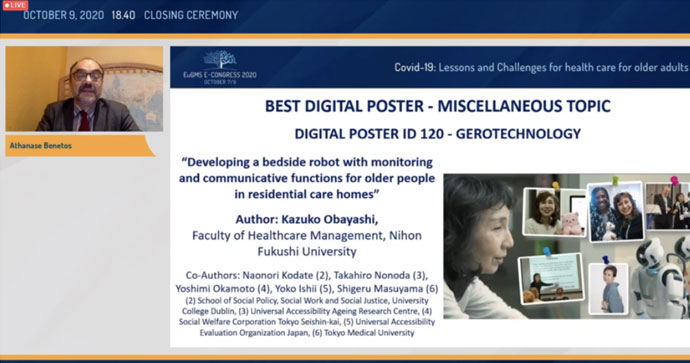 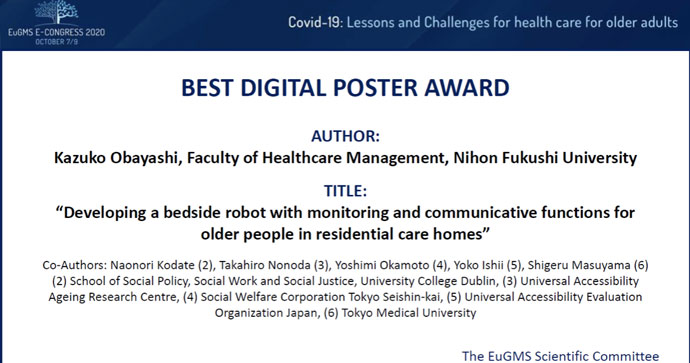 The team successfully obtained a number of large-scale research funding in the last few years, one of which was the Japan Keirin Autorace (JKA) Foundation. The cuddly plush toy/robot called Mon-chan (named by Assoc. Prof. Kodate / Dir., Centre for Japanese Studies) was originally designed and created in the nursing home, using the PDCA method. Older people and care professionals’ voices were reflected in the design and development process. Two manufacturers involved were A.I.Viewlife and Trendmaster Ltd.