Japan’s Minister for Foreign Affairs, Mr Tarō Kōno, at a ceremony in Tokyo (24th July 2018), presented the award to the Experience Japan Taiko Team. Its founder and leader, Nobuko Ijichi, received the award on behalf of the Team and its supporters. 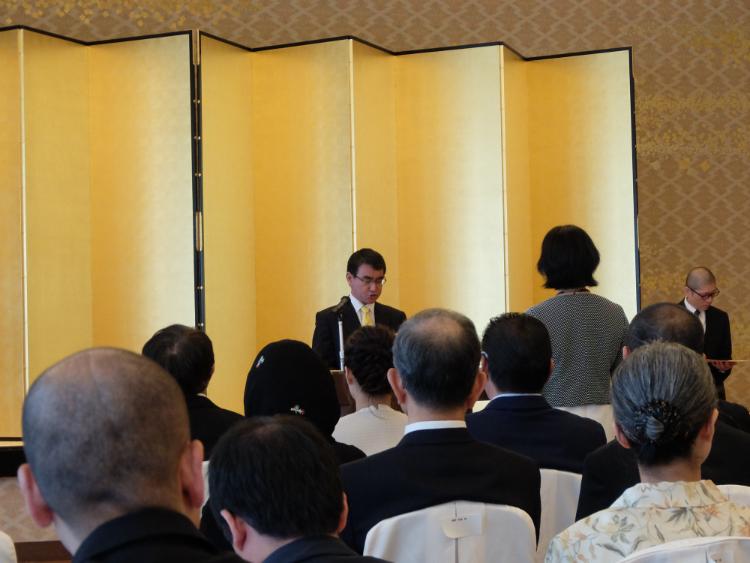 Ms Ijichi was invited to meet with Mr Chris Green at the Irish Embassy in Japan. 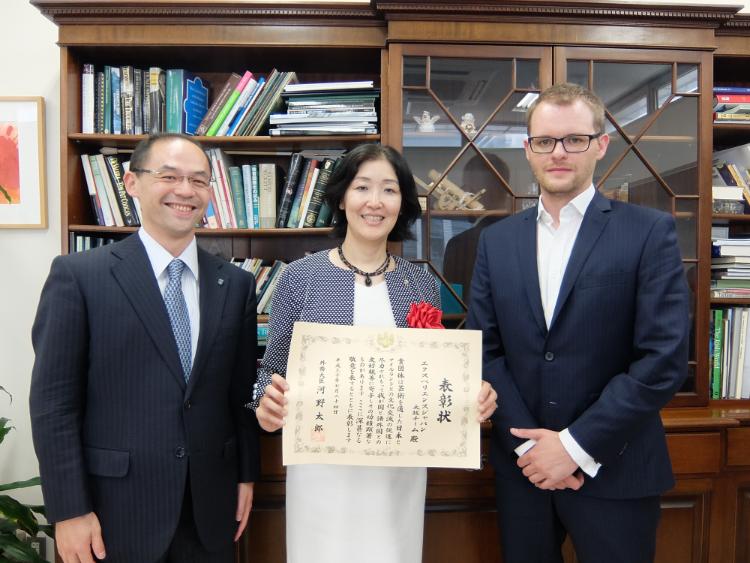