In March, four academic seminars were organised by the UCD Japan Group. The themes include teaching and learning in mathematics and language, technology (robots & artificial intelligence), global health, and contemporary literature.

The Ambassador of Japan Mrs Mari Miyoshi opened the interdisciplinary seminar “Comparing Approaches to Teaching and Learning in Japan & Ireland: Mathematics & Languages”, which was held on 6 March in the UCD O’Brien Centre. Professor Mark Rogers, UCD Registrar, mentioned in his welcome notes that Japan has been a world leader in the successful teaching of mathematics and the development of teacher education models for mathematics. In recent years, Japan has been at the forefront of innovative approaches to the teaching of Japanese to speakers of other languages and English to speakers of an Asian language. The plenary talk was moderated by Dr Aoibhinn Ni Súilleabháin (UCD School of Mathematics and Statistics) and given by Prof. Akihiko Takahashi, College of Education, DePaul University, Chicago. He is highly esteemed in Ireland and his demonstrations of mathematics pedagogy called Lesson Study have been highlights of recent ‘Maths Counts’ annual teacher conferences. The seminar was chaired by Mr Hugo O’Donnell (UCD Japan Group). 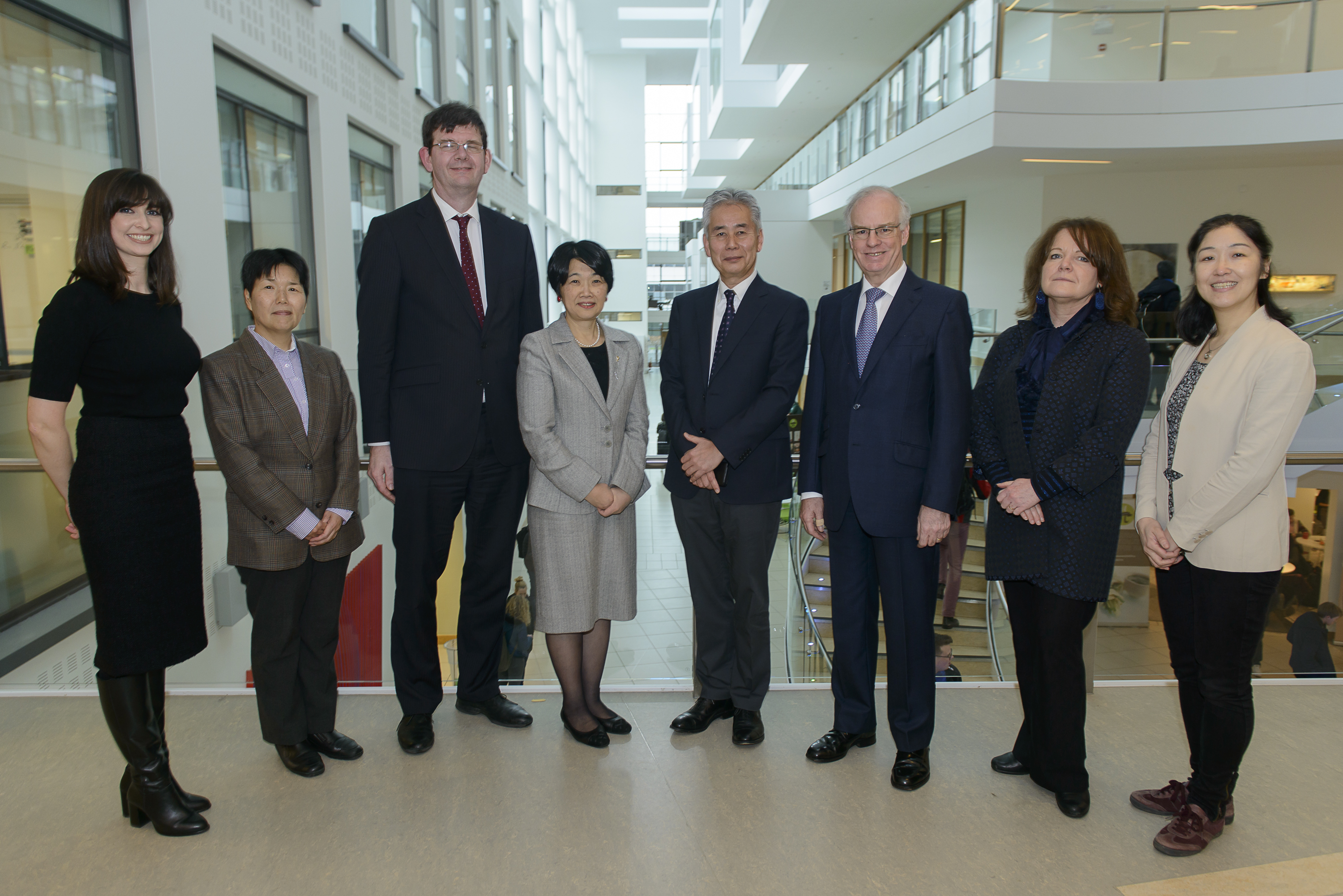 Another seminar “Addressing Challenges in Global Health: Research Collaborations between UCD and Hokkaido University” (held on 24 March in the UCD Health Sciences) further highlighted strong research partnerships between Ireland and Japan. Professor Orla Feely (UCD Vice-President for Research, Innovation and Impact), together with Mr Yuichi Yamada (First Secretary, Press and Cultural Affairs, Embassy of Japan in Ireland), emphasised the significant impacts that Ireland-Japan research collaborations have on the campus and in the global society. Hokkaido University has been a long-standing partner of UCD, primarily through the initiatives of retired Professor William Hall (UCD School of Medicine), Associate Professor Stephen Gordon (UCD School of Veterinary Medicine and School of Medicine and Medical Science) and Dr Naonori Kodate (UCD School of Social Policy, Social Work and Social Justice). In the area of the control of zoonotic infections, a 5-year agreement (2014-2019) was signed to form a Global Institution for Collaborative Research and Education (GI-CoRE), in collaboration with University of Melbourne and King Abdullah University Saudi Arabia. The aims of GI-CoRE include promotion and support of international collaborative research and promotion of education that leverages the constituent universities’ strengths and distinctive features. 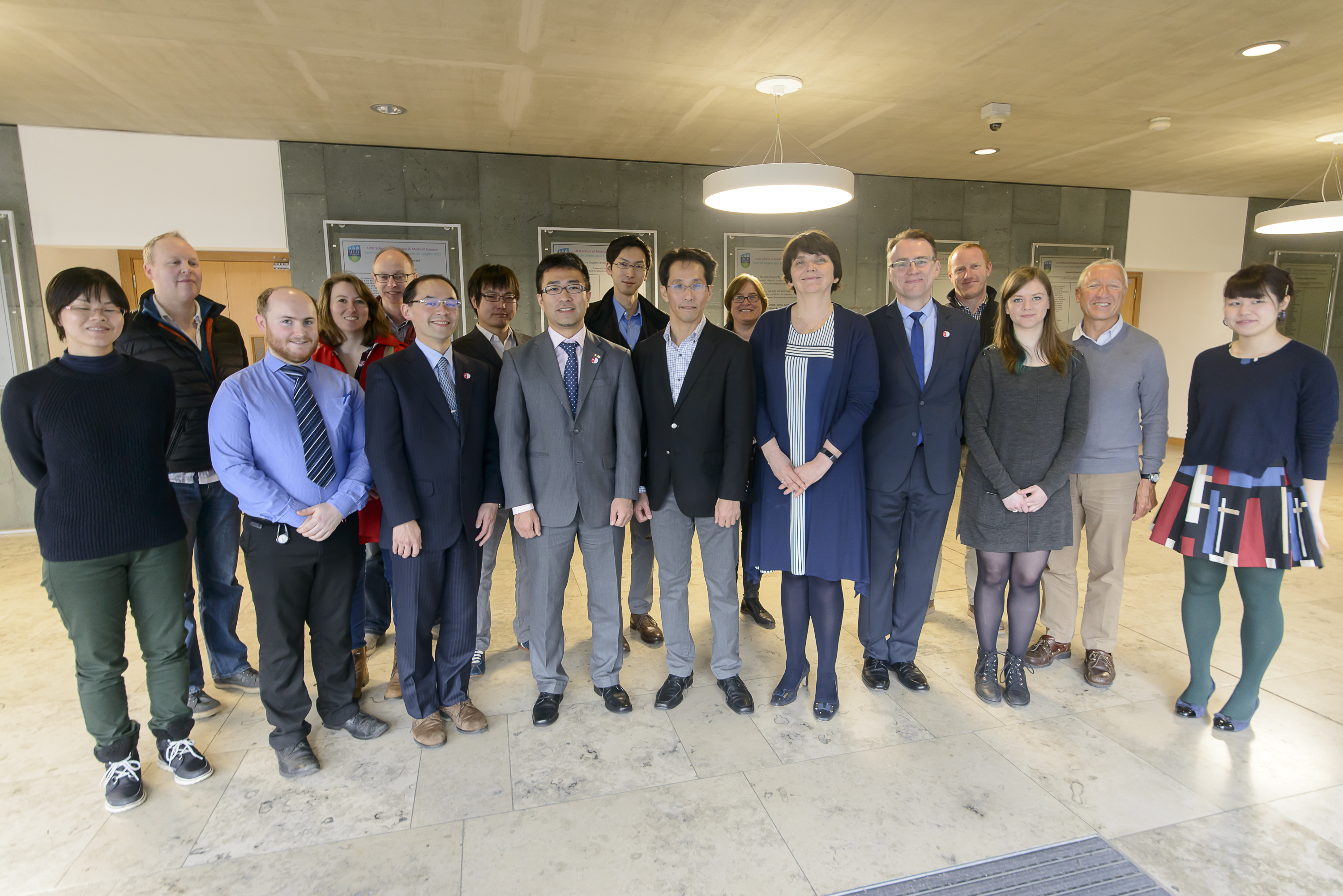 Celebrating 60th Anniversary of Japanese-Irish Diplomatic Relations, the UCD Japan Group was formally established in December 2016 under the direction of President Prof. Andrew Deeks and the chairmanship of Dr Naonori Kodate (UCD School of Social Policy, Social Work and Social Justice). This academic-led group consists of members from all the Colleges, UCD Applied Language Centre and UCD Sport, and include undergraduate and postgraduate student representatives. There have been more events throughout the year. 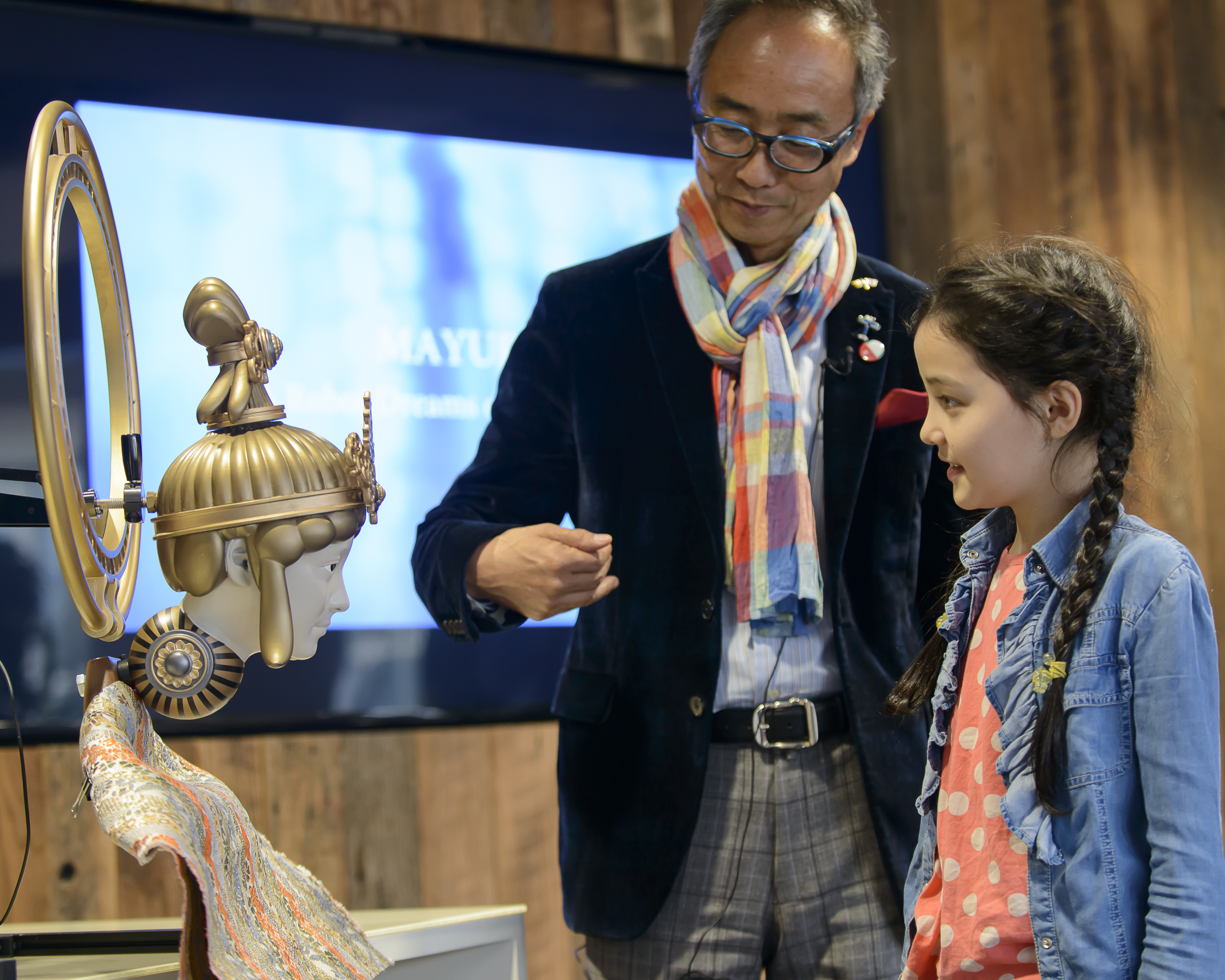