Seminar: Japanese Women in Leadership in Science and Society

UCD Women in Science (WiTS) and UCD School of Social Policy, Social Work and Social Justice hosted an event ‘Japanese Women in Leadership in Science and Society’, inviting two distinguished speakers: Professor Reiko Kuroda and The Ambassador of Japan Mrs Mari Miyoshi on the 15th June 2016. Professor Kuroda is a Professor in Chemistry/Biology, at Tokyo University of Science, and a Science Advisor for the United Nations Secretary General.

The event was opened by VP for Research, Innovation and Impact, Professor Orla Feely and attended by President Professor Deeks. Ambassador Miyoshi spoke about ‘Women in Japan’, tracing the historical developments of the Japanese government policies and initiatives surrounding women in leadership positions, emphasising new opportunities for women who would like to pursue their professional careers. Prof. Kuroda gave a talk entitled ‘Science on Chirality, and Science in Society’, outlining her outstanding research spanning chemistry and biology over many years and her involvement in the global public policy and outreach activities, while also speaking about her inspiring personal journey as a woman in science. She stressed the importance of curiosity, and trying to turn adversity into opportunities, which she has practised throughout her remarkable career. 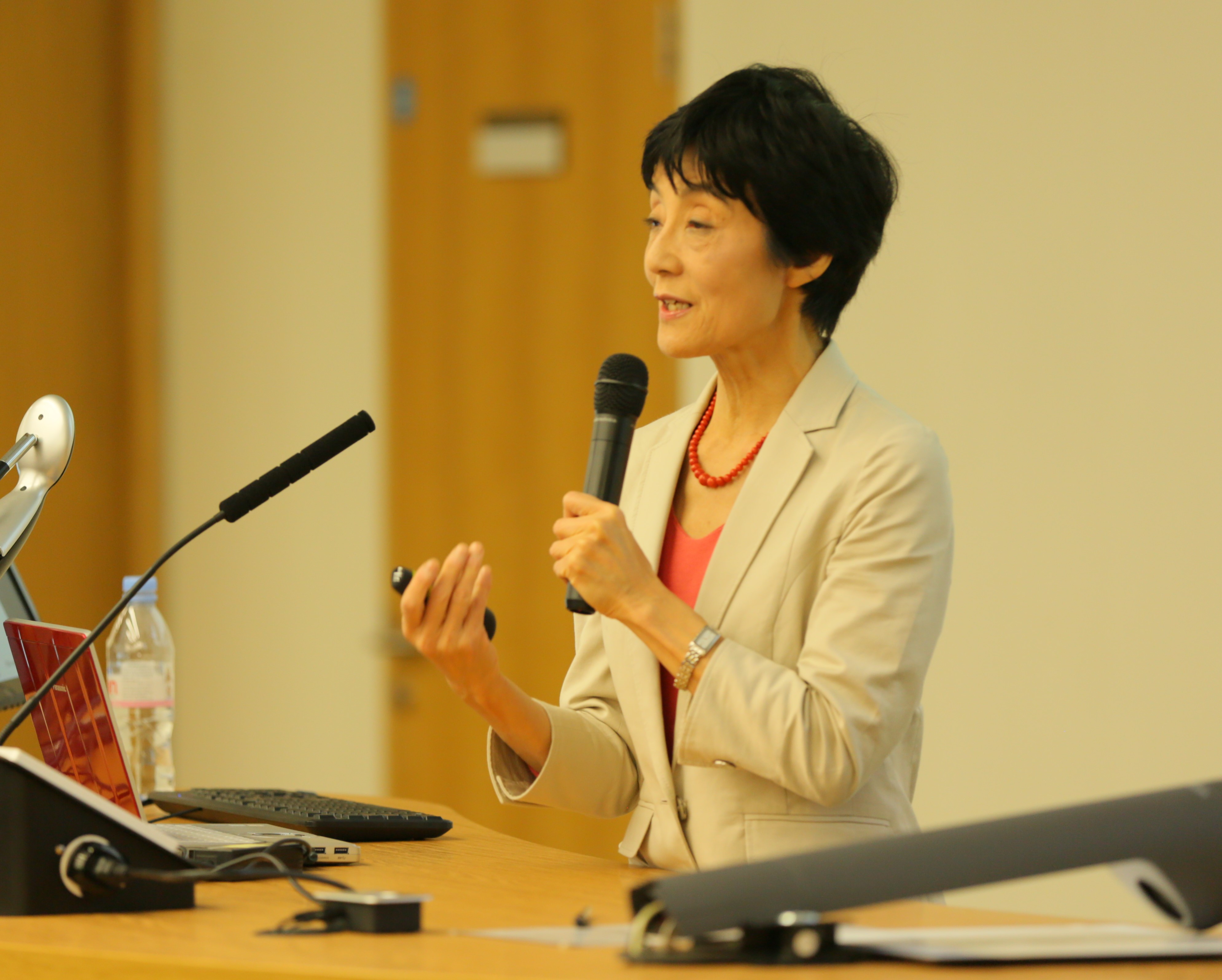 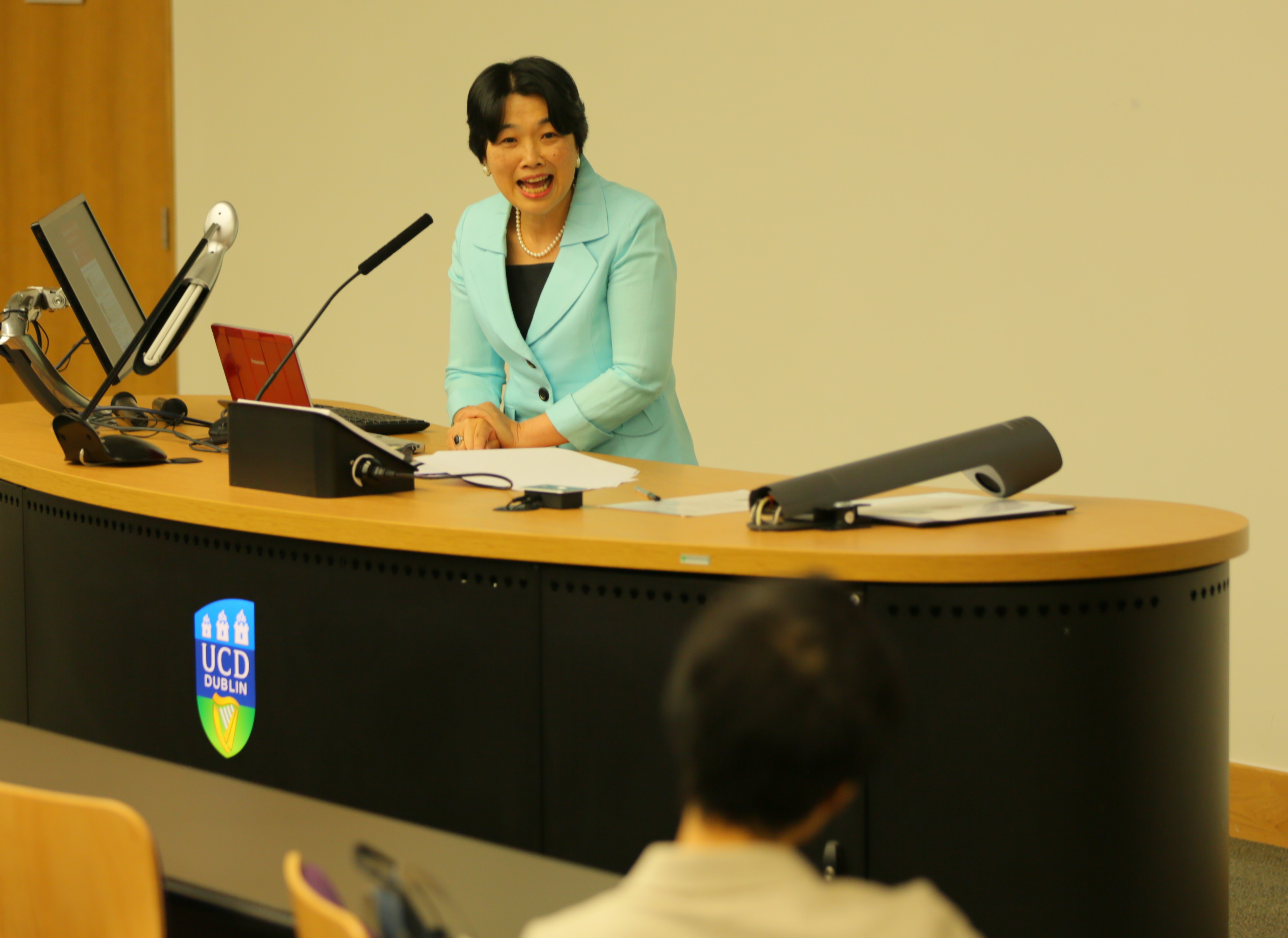 The event was organised by the two above-mentioned units, together with UCD College of Science and UCD College of Social Sciences and Law. It was also supported by the Embassy of Japan in Ireland, and Experience Japan. Assoc. Prof. Sheila McBreen (School of Physics) and Dr Naonori Kodate (School of Social Policy, Social Work and Social Justice) were the lead organisers. Together with Prof. Kuroda, President Deeks, Vice Presidents and the organisers were invited to formal dinner by Ambassador Miyoshi. Subsequently, this event led to the formation of UCD Japan under the direction of President Deeks. 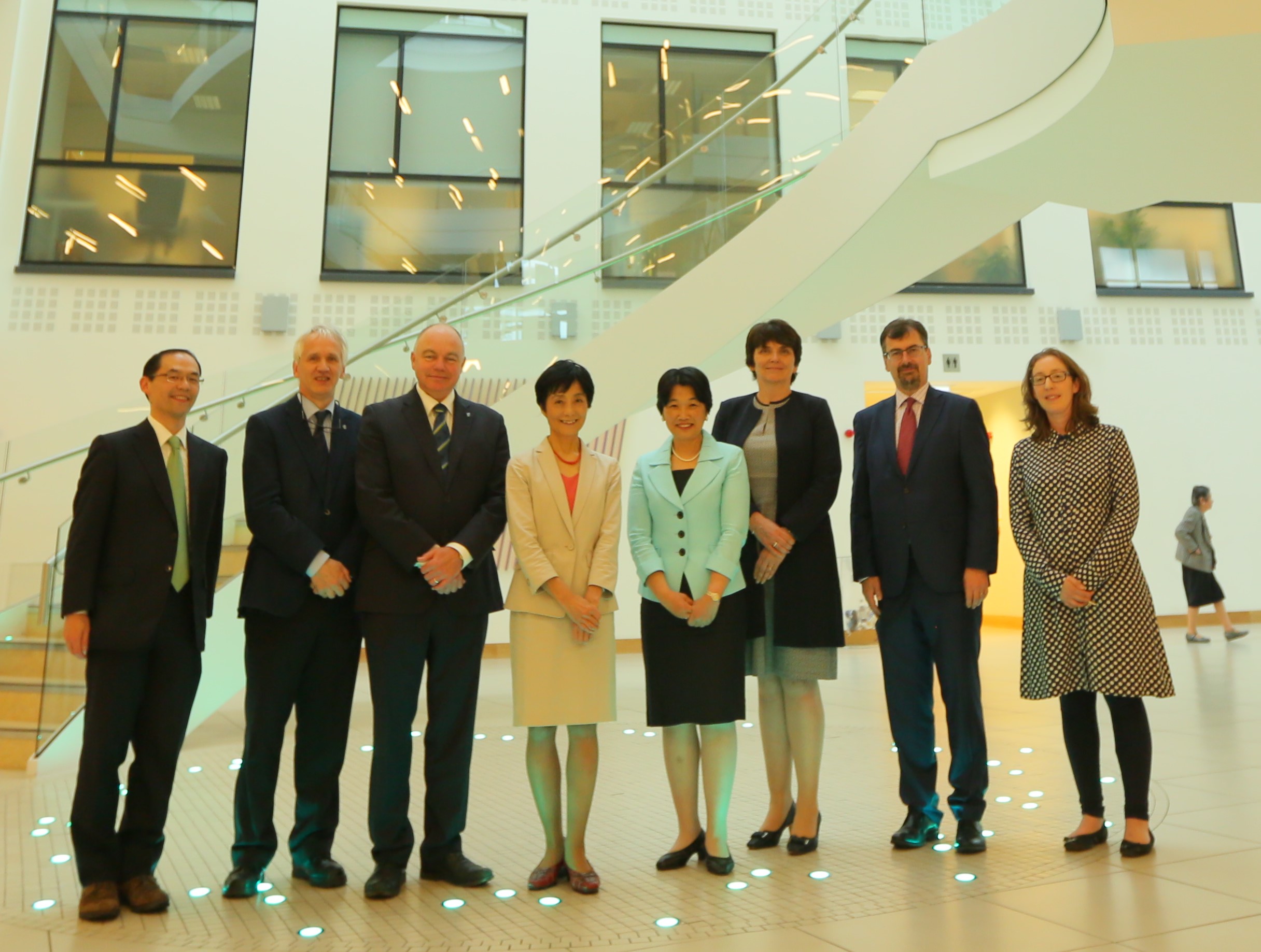