‌‌‌Dr Aoibhínn Ni Shúilleabháin gave a talk entitled 'Women in Science: An Irish perspective on addressing the Gender Gap' at Tsuda University in Tokyo on the 28th November 2017.

The President of Tsuda University, Professor Yuko Takahashi warmly welcomed Aoibhinn and H.E. Ambassador Ms Anne Barrington. Ambassador Barrington gave her presentation 'Women in Ireland: Working towards Gender Equality', followed by Aoibhinn's. There was also a presentation from Mr Shinichiro Murashige (Senior Manager, Accenture Digital, based in Japan). Students were very engaged in the talks and there were many other attendees from outside the university. In informal conversations with the Ambassador, University President and academic staff of the university, Aoibhinn supported the idea that stronger links can be developed between UCD and Tsuda University in the future.

This event marked the 14th academic seminar that UCD Japan (co-)organised since November 2016, as part of the 60th Anniversary of diplomatic relations between Ireland and Japan. The UCD Japan group was formed after the June 2016 seminar 'Japanese Women in Leadership in Science and Society' in UCD (jointly organised by Dr Sheila McBreen (School of Physics/UCD Women in Science (WiTS)) and Dr Naonori Kodate (School of Social Policy, Social Work and Social Justice/UCD Japan). Given its origin, the theme of this special seminar was appropriate, and we are very fortunate that one of the leading women-only universities in Japan hosted the event. We would like to thank Ambassador Barrington, President Prof. Takahashi and Tsuda University's organising committee. 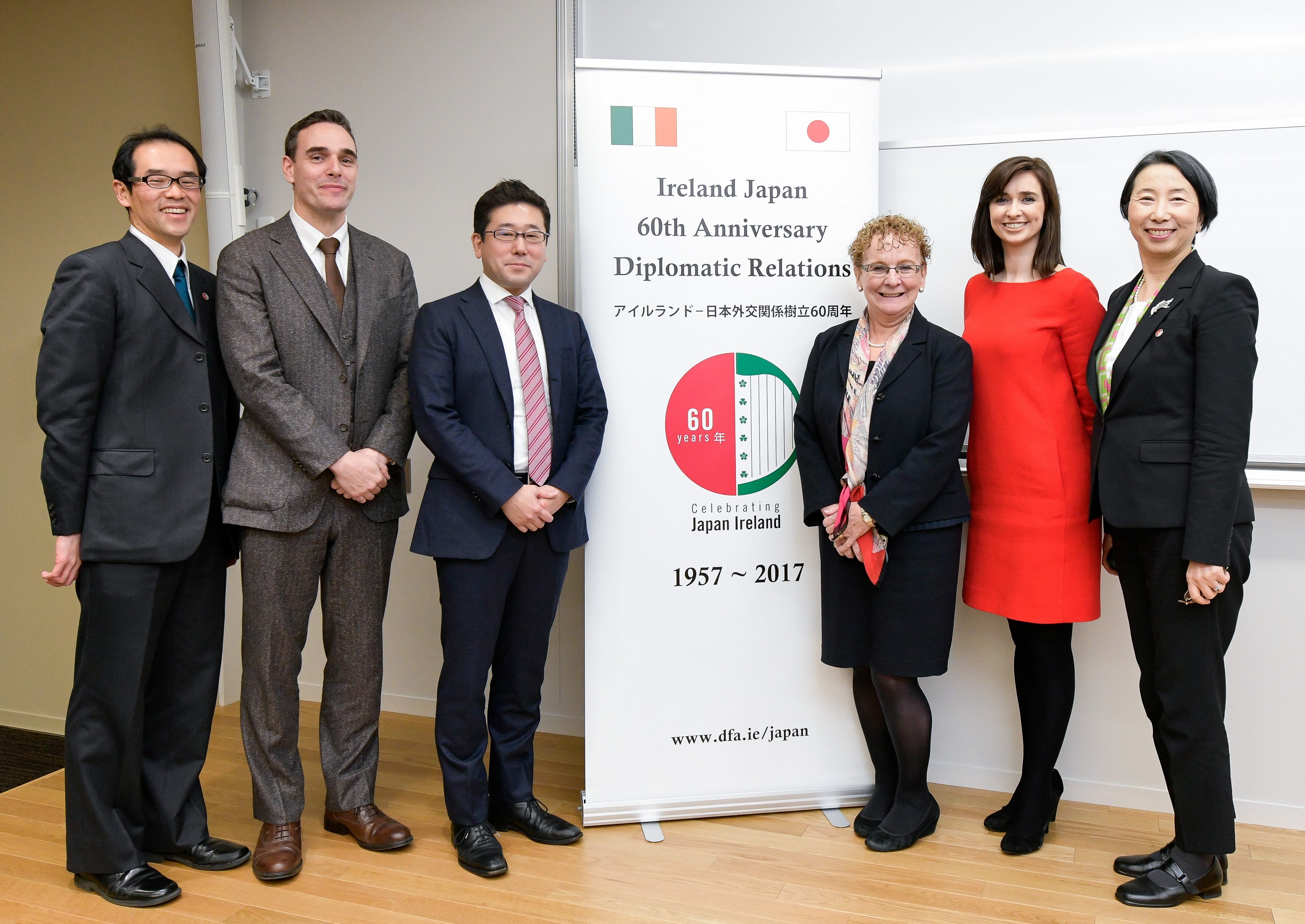