Often as researchers we look at the disease we are working on in terms of publications on the molecular level and on figures and statistics which can make us lose sight of the implications the disease itself has on people’s lives and ultimately the ‘bigger picture’. As cancer researchers, it is especially important to effectively communicate our work and research goals to patients and members of the public.

In September 2018, I met Eileen during a patient and public involvement (PPI) workshop, part of the most recent UCD Conway Festival of Research and Innovation. Eileen is a lovely lady who had, in January 2013, been diagnosed with local advanced triple-negative breast cancer. She had inherited the mutated BRCA1 gene from her mother who died from breast cancer when she was 42 years old. The mutated BRCA1 gene is one of the major drivers of ovarian cancer as well as breast cancer. Eileen underwent chemotherapy and a double mastectomy, one being for risk reduction of disease recurrence. She then had radiotherapy followed by a bi-lateral salpingo oophorectomy to reduce her risk of BRCA1 related ovarian cancer with no major side-effects and thankfully, is currently doing very well. Additionally, Eileen’s cousin Fiona was diagnosed with Stage 4 ovarian cancer at 38 years of age and sadly lost her battle with the disease three and a half years later. Although Eileen does not have any background in cancer research, you can clearly see from her personal journey that she was able to provide me with a wealth of insight into these diseases and was very happy to contribute to ovarian cancer research in any way possible. Eileen and I had a chat over a coffee about her own experiences as a cancer patient and her knowledge of current cancer research as well as discussing my own work on ovarian cancer. She thoroughly helped me to explain my research in a more simplified and effective manner. Eileen is also very active in representing PPI in Ireland and I am very grateful for her help and happy that we have kept in touch. 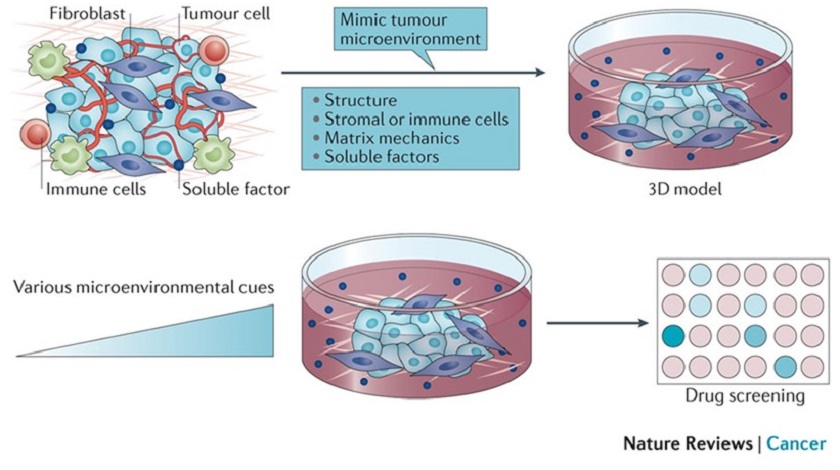 Ovarian cancer is one of the most deadly cancers in women as the symptoms often go undetected until the disease is in its late stage. High-grade serous ovarian cancer (HGSOC) is the most common of the epithelial ovarian cancers and approximately 70 percent of patients recur after cytoreductive surgery and adjuvant chemotherapy, with the 5 year survival rate being approximately 45 percent. A combination of platinum and taxel based therapies is the standard first line of chemotherapy for women with HGSOC, however resistance is a very big problem. Patients can be grouped into being platinum resistant or platinum sensitive, however the overall survival rate is still only 10-12 months or 30-32 months, respectively (ref 1,2). 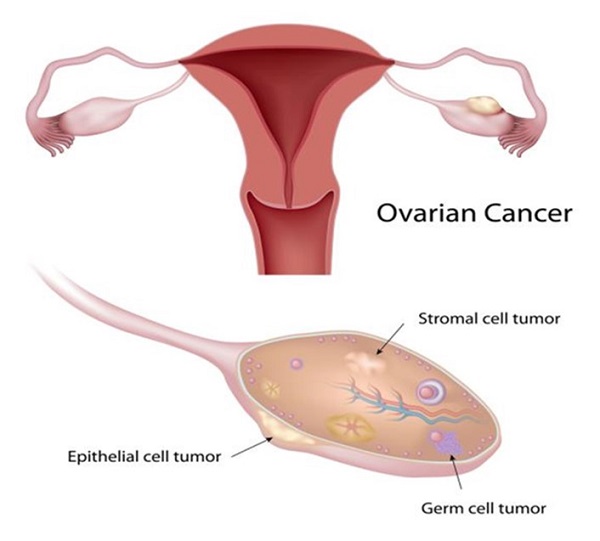 Overall, there is a major need to develop more effective therapies for ovarian cancer and there is increasing evidence suggesting that targeting the tumour microenvironment might prove to be key in this hunt. It has also been shown that the infiltration of immune cells plays a role in the prognosis of breast, ovarian and pancreatic cancer (ref 3-6).

Advances in cancer research have shown that testing new therapeutics in cells grown in a three-dimensional (3D) or complex system is more informative than testing cells grown in the traditional flat, two-dimensional (2D) system. 3D cell culture can more accurately reflect the behaviour of the patient’s tumour cells in the body and their interactions with their surrounding environment. In addition, there are many different types of cells involved in tumour formation, progression and response to treatment. We are currently working on the development of a 3D co-culture system in which we grow ovarian cancer cells, along with other cell types in the tumour microenvironment, such as immune cells and cancer associated fibroblasts. We are then focussing on the response of the mix of cells to cancer therapy and not just the tumour cells themselves. Our eventual goal is to grow the various cells of a patient’s tumour in our 3D system and see how their different cell types play a role in treatment resistance and response in order to help choose suitable therapeutics for the specific tumour in that particular patient.

Meeting Eileen through this PPI engagement workshop positively changed how I view my own research. PPI is a relatively new concept in Ireland that is gaining increasing traction. The basis of PPI is for researchers to engage with patients, particularly patients facing diseases related to their research, and to the public, meaning anybody in Ireland with an interest in health research. The main idea is to get scientists to communicate their current work with both patient advocates and members of the public and to gain better insights in how to effectively explain what they’re working on. These workshops also give researchers a better understanding of how it is for people who have been affected by the disease process either directly or indirectly. It is also a way for members of the public not directly involved in health research to become more involved.

The overall idea of this PPI section of the Conway Festival was for each of the volunteer researchers to write a lay abstract describing their research using minimal scientific terminology. This is an aspect that sounds very trivial but it turned out to be trickier than previously thought for many of us, who have become so used to the terminology that it is everyday vocabulary. We were then paired up with a patient mentor most suited to our research and over the course of a coffee workshop, we discussed our research with our patient advocate and how our abstract could be improved and simplified. We then drafted a second abstract together with our patient mentor. Each researcher was then handed the task of preparing a poster presentation which included the first and second draft of the abstract as well as detailing the overall experience of the workshop and discussions with the patient mentors, which proved to be a very insightful experience for all involved.

SBI is also involved in running numerous other similar events. For example, every year we are involved in both Breast Health Day and Melanoma Awareness Week. These events aim to promote awareness about the diseases and healthy lifestyle choices in general. As part of these events, patient groups and members of the public are invited to the labs and given a tour by our researchers with the opportunity to ask questions.

Overall, I think PPI is an extremely important part of current scientific research, from being able to communicate effectively with charities and funding bodies that enable us to carry out our work to communicating directly with patient advocate groups and interested members of the public. The golden chalice is to simplify our research without over-simplifying it to an extent where it is untrue. In the words of Albert Einstein, “Everything should be made as simple as possible. But not simpler”.

About the Author:
Dr. Niamh O’Driscoll is a post-doctoral researcher working in Systems Biology Ireland (SBI) under the supervision of Professor Donal Brennan. Her research focusses on ovarian cancer.