The findings, published in the December issue of Science Signaling, demonstrate that mathematical modelling of a cell death-promoting signalling pathway in neuroblastoma can outperform the discrete molecular markers that have traditionally been the focus of much biomarker research and offers a proof of concept for a more predictive, systems-based approach to cancer research.

“Cancer biomarkers are used by oncologists to guide important treatment decisions, but are static measurements only providing a snapshot of the patient’s disease state. In contrast, mathematical modelling can predict the behaviour of the system and how it evolves over time”, explains Dr Dirk Fey, research fellow at SBI and first author of the paper. 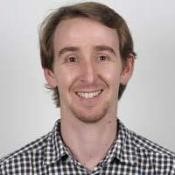 “We used a variety of techniques including knockdown, protein interaction experiments and phosphorylation assays, which helped us to piece together the components of JNK signalling and their responses to various stress stimuli.”

The next step was to see whether the model can be used to correlate the JNK response of neuroblastoma patients to survival data. “From a modelling point of view, the tumour data are measured parameters in the static, drug-free condition,” explains Dirk Fey. “By simulating the model with the measured parameters, we are able to predict the chemotherapy response for each patient. Basically, the model calculates how the JNK activation changes over time, and what this change means for the patient’s survival chances.”The research team sought to construct a mathematical model of the JNK network, which mediates cell death in response to chemotherapy. “We used a variety of techniques including knockdown, protein interaction experiments and phosphorylation assays, which helped us to piece together the components of JNK signalling and their responses to various stress stimuli,” says Dr David Croucher, formerly of SBI and now a team leader based at the Garvan Institute of Medical Research who led the experimental team. The team then used rule-based modelling with ordinary differential equations to incorporate this experimentally derived information into a model of the JNK network.

The best biomarker currently used in neuroblastoma is the transcription factor MYCN, which is amplified in ~20% of neuroblastoma tumours. This amplification leads to the presence of several copies of the MYCN gene, and is strongly associated with poor prognosis. However, a number of patients without this amplification also fare poorly, for reasons that are not well understood. 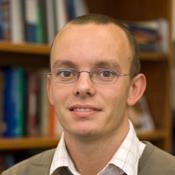 "By simulating the model with the measured parameters, we are able to predict the chemotherapy response for each patient."

Commenting on the work in a feature article, Kim and Schoeberl state that “this is the ?rst time that an in silico derived biomarker capturing the nonlinear dynamics of a key signal transduction path-way outperformed the predictive capabilities of a single marker.” Elaborating on this, David Croucher remarks that “getting the nonlinear network structure right is critical, because removing the experimentally resolved positive feedback loop from the model led to large errors in the survival predictions.”“Using our model, we could actually explain MYCN dependent and MYCN independent effects on survival,” says Dirk Fey, who analysed three independent neuroblastoma cohorts in the paper. Prediction of a high-amplitude, switch-like JNK activation was linked to better survival in both cases of patients with and without MYCN amplification.

In commending the work, Kim and Schoeberl emphasise that the next challenge will be “to translate the model-based biomarker into a commercially available diagnostic test”, such that it can actually benefit patients. This remains a key aim of the team as they work on adapting this new approach to other pathways and cancer entities.

Dirk Fey is a junior group leader at SBI who is working on a holistic, quantitative understanding of cancer related signalling networks across the scales ranging from the intracellular to the organism level. David R. Croucher is the head of the Network Biology group at the Garvan Institute of Medical Research in Sydney, who started his independent research group at Systems Biology Ireland and aims to elucidate how altered network behaviour in response to oncogenes leads to therapeutic resistance.