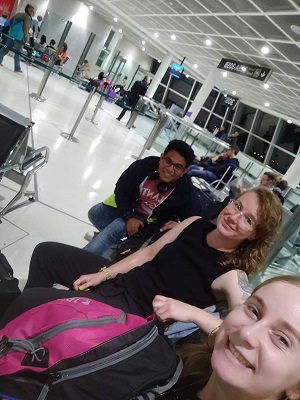 One of the biggest perks of being a PhD student in SBI is the fact that you’re strongly encouraged to adventure and explore! This Summer I was lucky enough to be accepted to the FEBS "Molecular Mechanisms in Signal Transduction and Cancer" Summer School which boasted loads of opportunities to network with my peers, listen to world renowned speakers give lectures on their topics and excitingly, visit the Greek island of Spetses for the duration of the school. Worries of last minute poster printing and who I would be sharing a room with (summer schools often room students from different institutes together to create some "fast friendships"- a thought that sends shivers down every PhD students spine) quickly gave way to a bubble of excitement as Ashish (PhD student), Ariane (Post doc) and I set off on our adventure!

Summer school students were easy to spot around the port in Piraeus as flocks of excited looking, poster tube wielding groups boarded the ferry and by the time we attended the welcome drinks, we already recognised some familiar faces. The school was hosted at the Anargyrios and Korgialenios School of Spetses, where my bedroom was a three minute walk from the sea with a view that made it easy to get out of bed for an early morning swim before breakfast! 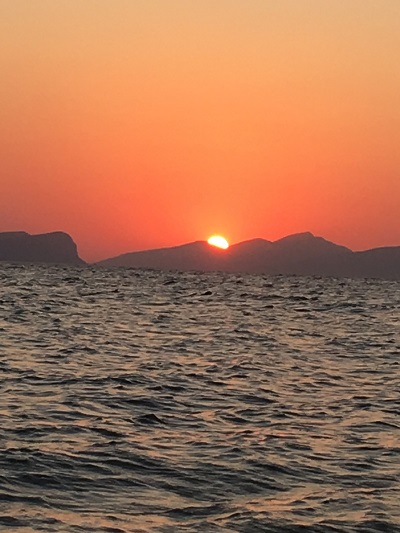 At a glance, the first few days of lectures looked packed. Each speaker introduced us to their topic, attempting to draw us to the "dark side" (their side) of TGFβ, Wnt or ALK signalling while dazzling us equally with patient success and failure stories. Each student presented a poster to a panel of peers on day one or two – probably the warmest poster session I’ve ever presented at. 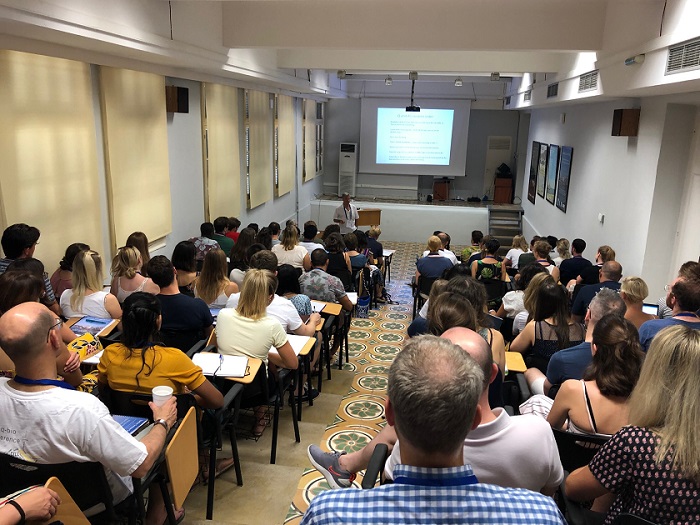 Nonetheless, once the lectures and poster sessions were done for the day, the busy schedule slowed down and made way for "Meet the Experts" sessions. I had no idea what these might entail and apprehensively joined the session I figured I might be able to at least contribute to, surrounding scientific integrity.  I’ve been to many conferences and summer schools and so I was absolutely floored when the first thing Mike Yaffe, who was leading the session, asked us to do was to introduce ourselves with a funny fact! We spent the first twenty minutes of that session learning to forget everything we thought we knew about scientific networking and a fantastic casual, open atmosphere ensued. We had three of these "Meet the Experts" sessions throughout the week and the discussions we had about the scientific world were interesting, engaging and dare I say it, fun! 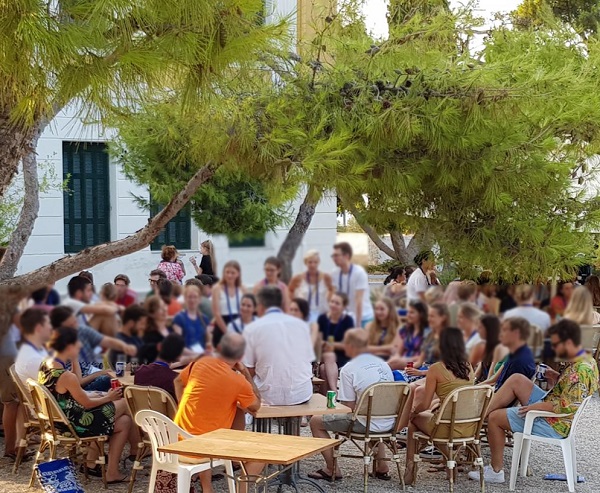 'Meet the Experts' session at Anargyrios and Korgialenios School of Spetses

We also enjoyed two boat trips during the week to different beaches along Spetses. After a quick dip in the (warm and very salty) sea, we split into groups of our choice once more- this time based on scientific topics chosen by the speakers. I chose "Therapeutically Targeting Signalling Cascades" and "How to Fix the Publishing Landscape" as the groups to join, partially because they’re quite relevant to my PhD but also because it meant that I got to engage with speakers whose talks I had really enjoyed throughout the week. While asking a question during a talk can sometimes be intimidating for a student (with the microphone, time limits and the stress of hoping nobody else asks the question you’ve spent 5 minutes perfectly curating to sound somewhat intelligent) there’s something quite levelling about getting out of the sea and sitting around in towels on the beach with the superstar speaker who you found intimidating just hours before. Even more equalising was watching the speakers we all admired so much become "mom" or "dad" while their 5 year olds became the real bosses! With everyone on a level playing field, where all opinions are valid and expert advice is flowing, you realise that the superstar speakers are humans too. 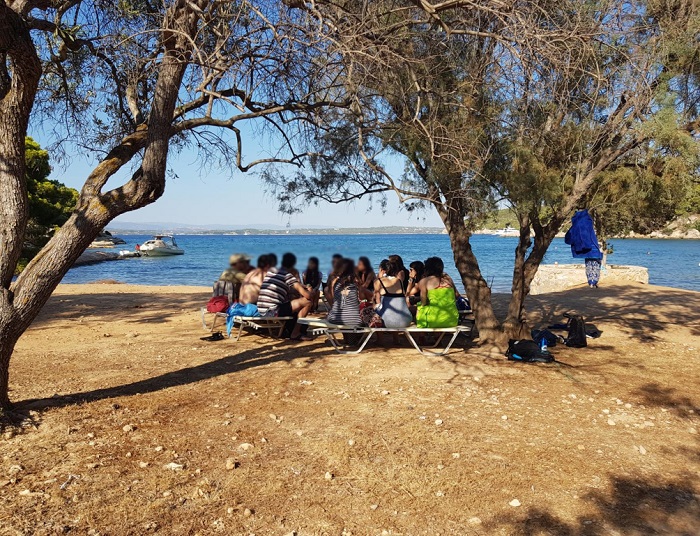 Often, I find that conferences and summer schools with such a broad topic area can make it feel like you’re drowning in science! The enormity of cancer research can be so overwhelming that it’s difficult to remain optimistic about the progress we can make. But when you get to chat to leading experts in the field who are optimistic about the current direction of cancer research, who take the time to explain to you why and who highlight some of the great leaps of the past couple of decades of cancer research, a sudden wave of inspiration hits! I learned a lot of science on Spetses, but I would argue that the most valuable thing I learned on that Island was to think differently about my research. During one of the discussions, René Bernards (one of the superstars) told us that “you don’t need to invent something new..just a new way to use something great,” and I know that will stick with me throughout my research.

After a week of lectures, dinners, parties and (dodgey) Greek dancing, I feel justified in using my title as "Cancer Researcher" and hope that some hint of genius has seeped into my brain from all of the hours I spent sitting in the same lecture theatre that heard the description of the structure of the DNA Helix! 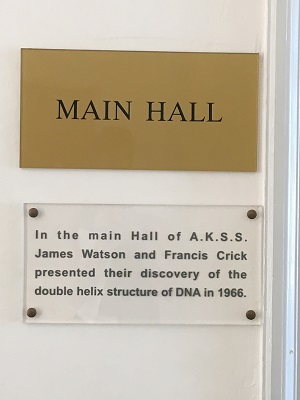 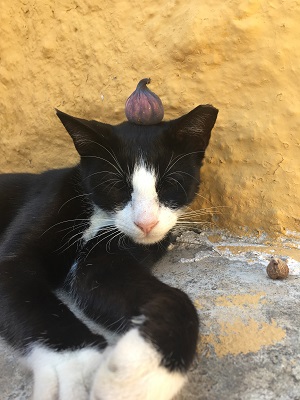 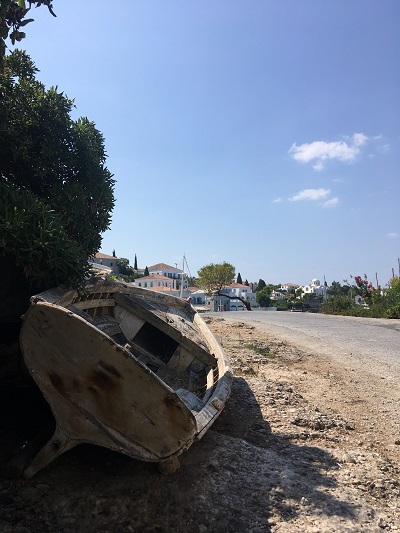