My genome, our genome, whose genome? A reflection with a bit of history

Twenty years ago genome sequencing was a somewhat exotic and expensive mega-effort initially pushed by a global academic consortium and later on also by Celera, a private company. They had a fundamentally different philosophy and also very different methodological approaches to sequencing. The academic consortium favoured a structured approach trying to assemble the genome by orderly walking down chromosomes extending sequences gene by gene like building carefully planned trunk roads to explore lands unknown. Celera banked on “shotgun sequencing”, where the genome is shot into small pieces that can be sequenced quickly and highly automated without caring about the order. Putting the pieces back into order requires sophisticated computational algorithms. This is like building a highway system by connecting stretches of road randomly dotted around in the landscape. This is how we sequence genomes nowadays. This approach has emerged superior due to huge advances in computing power and methods that can sequence billions of small pieces of DNA in parallel fast and cheaply. Both consortia raced over the finish line head to head publishing draft versions of the human genome in 2001. Both genome versions were made publicly available immediately and have served the public good ever since. 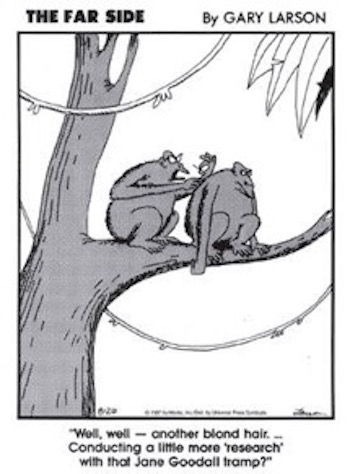 The sequence of the human genome is widely considered the major breakthrough in biology and medicine in the 21st century. And rightly so. Genome sequencing has become affordable, quick and accurate enough to enable widespread use and power applications we only could have dreamed of. Genome sequences reveal how ancient people migrated across continents, settled down and interacted with their neighbours. The drama unfolding is incredible. The ancestors of our current European population were pushed back to the south of Spain maybe down to a few thousands before they bounced back and spread across Europe. Another, literally megalithic surprise was that modern humans have 2-3 percent of Neanderthal DNA. Common historical wisdom was that the Cro-Magnons, the precursors of modern humans, had eradicated the primitive Neanderthals. Genome science tells us that this happened not without some love affairs that left Neanderthal DNA in our genomes. It also tells us that Neanderthals were far more advanced than we used to think. Recent archaeological discoveries in Spain showed that they had deep sea fish for dinner, suggesting that they must have been able to construct seagoing vessels. Not bad for people whose name was a synonym for primitive. But mostly, genome sequences tell stories of conquerors and the conquered. For instance, the islands off Scotland show clear traces of DNA imported by their Viking raiders, while the English genome bears the ancestry marks of the invading Germanic Anglo-Saxon tribes.

To my big surprise my own genome is part Scandinavian and part Irish, although I was born and raised in Austria with a family history tractable for many generations to tiny Austrian villages. The discovery of my genetic origins also puts into perspective how I feel about my nationality. Genetically, I am a stranger in my own nation. What should I call home? Fortunately, even before I was facing this genetic dilemma, I decided to call myself a European Citizen. This was a very conscious choice because this is what I want to be. I am proud to call myself European. I think the European Union is the best thing that has happened to Europe in the past 2000 years and I want to be part of it regardless of what my genetic background is.

Personal sentiments put aside, of course, the prime applications of genome sequencing are in medicine and biomedical research for diagnosing diseases, matching drugs to patients (personalised therapies), and finding new drug targets. And this is where it gets more personal than ever. We already have seen striking examples, e.g. in oncology and cardiology, where genome sequencing has changed patients’ lives by finding the precise personalised diagnosis and treatment options. Thinking ahead, genome sequencing undoubtedly also will identify new drug targets leading to drugs that are more precise, i.e. have better efficacy and less side effects and are tailored to individual patients. And here is the snag. It leads us to think that our genomes are intimate personal properties. I do not think so. Keep in mind that >99.9 percent of the human genome sequence is identical and shared by people all around the world. It is only a meagre 0.1 percent that differentiates us from each other. What are these small differences that define us? For me these are mainly the molecular marks of our collective history that mirror our struggle to survive and succeed in environments short of food and full of diseases. For instance, mutations that cause cystic fibrosis are amongst the most common genetic diseases with 1 of ~2,000 being a carrier. Cystic fibrosis is a deadly disease, and one may wonder why we have maintained this killer in our genome. Plausible explanations are that these mutations protected against other deadly diseases such as cholera and typhoid fever, which repeatedly ravaged human populations. Similarly, mutations in the CCR5 receptor protected people against the bubonic plague in the 14th century and HIV infections in 20th century. Why? We do not know, but I am sure we carry around many more quirks of history in our genomes.

We need more research and more examples to unravel the connections between genome variations and diseases. It is not the sequence itself that tells us how to make better drugs and design better treatments. It is the functional connections and the context. We always have used biological function, which we had learned through meticulous and usually tedious observations, as basis for designing and making drugs. Now, using genome sequencing has given us a more powerful lens with a fish-eye view that allows us to make our observations comprehensive and molecular. But, the basic concept and process is not much different from how we have made drugs for the last hundred years. Thus, I view our genome more as a collective resource like forests, fossil fuels, or water things which we all share and depend on. I do not think I can claim to own my genome. My claim only could be to the 0.1 percent variation anyway. How could I claim what is shared? More importantly, for me such a claim seems petty and pointless. If we really want genome research to make the difference for the better of mankind it can make, I think we have to depart from the attitude that my genome is mine and embrace a view that sees it as a common good that reflects our collective history. This also means that we need to have a discussion of how we best utilize this resource. Historically, we always have exploited shared resources both through public and commercial channels. And it has worked well. The genome sequence is written in an alphabet consisting of four letters (TAGC). Protecting this source code would make as little sense as trying to patent our 26 letter Roman alphabet. It is not the letters but their contextual meaning which carries the information. Unlocking it is arguably the single biggest challenge for life sciences and medicine in the 21st century. This challenge is big, very, very big.

The lessons from cracking the first human genome sequence suggest that the most successful model is academia and industry working together. Yes, they were in competition, but they learned from each other being better, faster and cheaper. The only reason that genome sequencing is an affordable commodity today is that companies have developed new and fantastically better sequencing machines. Let’s be honest, many of the revolutionary gadgets we cannot live without anymore, like the iPhone or Smartphone, were commercial enterprises. By the way, they are laying out our private lives in a more obvious and accessible way than a genome sequence does. I’d be happy to publish my full genome sequence on Facebook without any concerns. It actually tells you very little about myself - much less than all the pictures, personal stories and connection who your friends are. Artificial Intelligence algorithms can identify people on camera with a 94 percent accuracy by the way they walk. A retina scan of our eyes can reliably tell gender, age, blood pressure, and whether you have diabetes or not. A genome sequence can tell half of that at best. So why are we so concerned about genome sequencing? I think it is time to take an objective look and have a constructive discussion about how we can responsibly and most effectively use this shared asset, which we call genome, for the benefit of society. 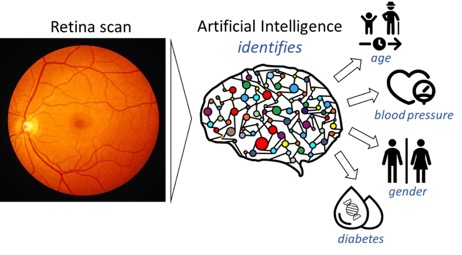