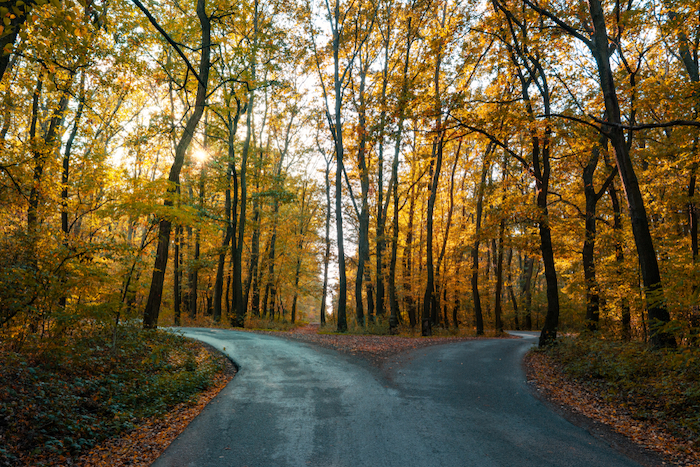 Two important characteristics of a successful research career are the publishing of high quality papers in top ranked journals and submission of persuasive proposals that maximise the funding earned for research. Too often, researchers try to use the same set of writing skills for papers and proposals. While there is no doubt that the two are related, it's a little like taking the skills you learned to drive a car and applying them to driving a van – while you’ll get a reasonable distance down the road, there are differences that will get you in trouble if you’re not aware of them (if you don’t believe me, try looking out the rear-view mirror in a van).

Simply put, if you write a proposal in the same way you approach a paper, you won’t get funded. Similarly, if your papers read like a proposal, they’re unlikely to get published. This is because papers and proposals are written with entirely different intentions. In a paper, the authors are trying to convince the readers that this a great new idea, prove that the research has been carried out honestly, accurately and correctly, and demonstrate how the results represent an advance or an improved understanding in that field.

In a proposal, the writers are trying to convince the funder that it will need the project outputs or results soon, and that the project must be funded now to ensure that the solution that the project provides is ready when the problem/need arises in the future. It doesn’t have to be the best idea, but it does have to be the right idea, one the funder believes will be delivered and work as described. In project management terms, this is the difference between grade and quality: grade is the inherent functionality of a product or service, while quality measures how well it meets its technical specification. A funder may be happy with a low-grade solution (one with a limited number of features) if it’s of high quality (i.e. no obvious defects), but a low quality solution (with many defects) is always a problem, no matter how many features it has. However, most funders also want to show that the projects they pay for produce new science or exciting results, so the boundary between paper and proposal writing tends to become blurred.

Most researchers learn how to write papers first, as publishing is rightly regarded as an essential part of Ph.D. training. Technical writing is a difficult skill that takes time and patience to master, as many researchers are not using their native language and some of the style “rules” (e.g. referencing and use of the passive voice) results in a stilted text that is far removed from the language used in books, magazines or normal conversation. Thankfully, papers are quite formulaic and generally consist of the following sections (usually in this order):

Acknowledgements:            To keep the funders happy and placate colleagues you didn’t include as co-authors.

Paper writing in the sciences is very factual and evidence-based, shown by how often the word “what” appears above. The question “why” is never asked and there’s no real attempt to explain the decision to investigate a particular area. Curiosity-driven research is not only regarded as a legitimate reason, it forms part of the researcher’s job description and is protected by the concept of research independence in academia. Any discussion on how the research could impact on society or the economy is generally only included towards the end of the conclusions section.

In many ways, proposals are papers in reverse: for one thing, they’re written before the research is carried out, rather than afterwards, and the writers emphasise the benefits that will accrue from the results, rather than documenting how the results were achieved. As a result, the methods, results and analysis involved (usually the three longest sections of a paper) aren’t really that important. Instead, the focus is on the content that usually appears in the introduction and conclusions sections.

Every funding call or programme has its own goal and objectives, which rarely match the reasons why the researchers are applying. Fellowship programmes, for example, focus on producing well rounded researchers with an independent research identity and some experience collaborating with industry and communicating to the public: the research itself is just a means to an end. That doesn’t mean that as a researcher you can’t serve your own interests, but you must acknowledge that the funder has its own agenda as well. Sometimes it’s about developing researchers or capabilities, oftentimes it’s the impact on society and the economy, it’s rarely just about the science. Thankfully, it’s not a secret: funders will always state the call aims and objectives, while also explaining how it links to their overall strategic plan. There are a wide variety of funders, and each seems to prefer their own template, but in essence, every proposal must answer these six questions:

As a proposal writer, it’s your responsibility to familiarise yourself with the details and show how the project would answer the call requirements and advance the funder’s strategy. Researchers often spend too much time showing the proposal reviewers how it’s an innovative idea, or even a disruptive one, instead of focusing on why someone should pay money to have it done. If you answer these questions early and often in a proposal, it will keep you focused on how the project benefits the funder and not just your own research interests.

So which is more difficult to write: papers or proposals? The mindset is important here: researchers are often reluctant to set aside their paper writing skills and adopt an approach more suited to writing proposals, especially if those skills have served them well in their career to date. There is no doubt that researchers enjoy writing papers more than proposals, and that influences on how the workload is perceived. Even when writing a proposal, researchers spend roughly the same amount of time on the research work plan as they do on the rest of the proposal, even though funders usually award the same marks for the project implementation and impact sections.

The level of commitment is also different: in my time as a researcher and in administration, I’ve heard numerous reasons for withdrawing from a proposal - there wasn't enough time, it's not really my area, etc. On the other hand, I’ve seen researchers review and update data for unfinished papers long after the project has finished and the students have graduated, in the hope that one day, they’ll finally submit the paper.

Interestingly, the abstract is often regarded as the most difficult part of the paper and is usually the last to be written. It’s also the only part of the paper that resembles a proposal in its approach, as you’re trying to “sell” the paper to pique the reader’s interest. Is it because researchers only learn to write papers during their Ph.D. training? Or that selling research is regarded a necessary evil, and not really the “proper” work of a researcher?

I don’t have the answers to these questions, but let’s face it, there are a lot more published papers than funded proposals, so perhaps selling research is something that all researchers should learn at an early stage in their career. It would certainly complement the public outreach and engagement activities we consider so important for young researchers. One final thought: the most successful researchers I have known adopt the same I’m-writing-this-now-I-don’t-care-if-you-think-something-else-is-more-important-or-how-short-time-is-or-how-many-obstacles-I-have-to-overcome approach to writing proposals as they do for papers. Perhaps that attitude “has made all the difference”? 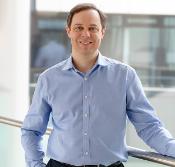 About the author:
Dr. Hugh Doyle is responsible for managing the ongoing operations of the Grants Office, developing tailored research funding strategies with SBI researchers, providing administrative support during all stages of proposal preparation, review and submission, and ensuring effective management of funded projects.

Awarded a PhD in Chemistry from University College Dublin, Hugh has over 20 years’ experience in research and project management. Before joining SBI, he was the funding manager at Lero, the Irish software research centre.