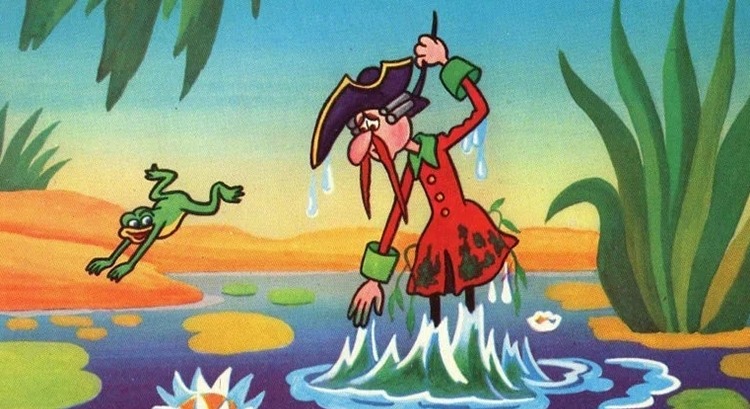 Our work systematically analyses mechanisms of the emergence of resistance to targeted therapy. We proved that feedback loops cannot fully restore signaling activity that existed before, contrary to general belief in the field. Like the impossible achievements of Baron Munchausen, pulling himself out of a bog by his own hair with no external help, a signaling pathway cannot reactivate itself using only feedback loops. To escape, Baron Munchausen would either have help from the firm ground (a hand or stick), or ride on a rocket or cannonball which would propell him out of the bog. Similarly, we showed that to get proliferative signaling to be fully reactivated or even intensified, a pathway either would need assistance from other pathways via cross-talk, or the primary drug target would need to change to tolerate the drug or even get activated by this drug. Although this may sound improbable, such drug addiction of cancer cells happens quite often, and the cancer actually becomes dependent on the drug to grow faster, flying like Baron Munchausen on a cannonball. In the paper, we analyzed how to overcome this drug resistance using a combination of different drugs to kill cancer cells.

In summary our work dispels myths about emergence of drug resistance, and shows ways to overcome emerging resistance. These ways were experimentally validated.

The work referenced above is now available in a Cell Reports paper titled "A systematic analysis of signaling reactivation and drug resistance."