Times of crisis bring out the worst and the best in mankind. Covid-19 is no exception. Its dimension and impact only can be compared to major catastrophes that devastated and changed the world as we know it. 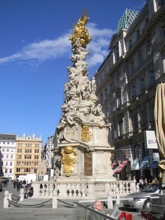 The Plague Column in the city centre of Vienna, Austria

One of these world changing events was the bubonic plague. The bubonic plague originated in China (way before the times of genetic engineering). Supposedly originating from an infected corpse thrown into the besieged walls of Constantinople (today’s Istanbul) by the Mongols in the 14th century, it ripped through Europe like wildfire, killing about half of its population. But it not only destroyed lives, it shattered the very foundations of society and social norms. Perceived as punishment for mankind’s sins, the plague should have been cured by prayers and stout adherence to belief. It wasn’t. This failure questioned and undermined the supreme position of the church as shepherd and well-keeper of mankind, triggering widespread social and religious changes. The plague defeated the dogma that faith and social status could shield one from disease. It set into motion a trend of beliefs being replaced by rational thinking and scientific inquiry that incited the age of enlightenment during the 17th – 19th century. What ultimately defeated the plague were improved hygiene and, later on, antibiotics.

In 1894, Alexandre Yersin isolated the agent that caused the plague and discovered that is a bacterium, now known as Yersinia pestis. The first effective treatment, antiserum from animals infected with Yersinia pestis, came only two years later, showing that the body’s immune response could potentially overcome the infection. However, producing antisera was cumbersome, difficult to scale up, and the administration thereof could have serious side effects. After all, one was injecting animal sera into humans. However, even better, we learned to directly attack the cause of disease using chemicals. In the 1930s, sulphonamides, effective antibiotics, entered the scene and victory followed. Now, the bubonic plague is curable with antibiotics. It has taken centuries, it has taken changing beliefs, and the final cure was found through simple good science. Eradicating the plague was a huge feat of science and medicine, but a largely forgotten one. If anything, what we remember of the plague nowadays are the numerous plague monuments that decorate the city centres of every larger town in the former Hapsburg empire.

Similarly, in the mid 1980s, the world was hit by acquired immunodeficiency syndrome (AIDS) caused by the human immunodeficiency virus (HIV). It came out of the blue. With the first cases reported in the early 1980s, ten years later 2.5 million people were infected and doomed. There was no cure and no hope. Although the disease could run its course over many years, infected people would eventually die. However, again within a decade science found a solution, figured out how to tame HIV. Today, AIDS is a serious but treatable and controllable disease. Yes, to make this success possible, a lot of money was pumped into AIDS/HIV research, and science had a heyday. But now after the sweat and the fear has been wiped off, who really cares anymore about the scientific accomplishments. They have become part of the normal routine, and as such forgotten. 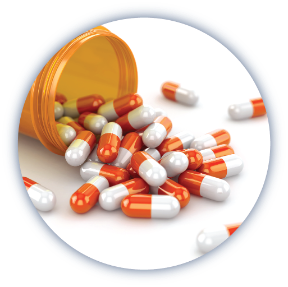 History repeats itself, and the Covid-19 pandemic again called upon science to help. And it did. Within the record time of a little more than a year, several effective vaccines were designed, tested, produced in quantity and delivered to the frontline. They work and we are now seeing the beneficial effects. Only the success of the Covid19 vaccines allows us to re-open society and business. And so the stories go on.

What we unfortunately do not see, in my opinion, is the societal value of science itself. We tend to treat science as a commercial commodity that can be priced, commissioned, traded, and disposed of once it has served its purpose. And whenever there is a crisis, we just make a call, pay the money, and science will fix it. Unfortunately, this transactional view is increasingly shared by science funding agencies around the world. When asking for funding, scientists have to go to great lengths to justify the potential impact and economic use of their proposed research. It is a fee-for-service model. And it is flawed. The basic human instincts for doing science at all, curiosity and the urge to understand, have largely been removed. And this is a problem. While human creativity and productivity arguably may be at their best when under pressure, they can only sprout from a fertile soil. This fertile soil is the basic discovery science we tend to take for granted and nowadays often neglect.

For instance, James Maxwell’s equations that described how electrical and magnetic fields are related, are the basis of how we produce electricity today. And you all know what happens when the power goes out. Rudolf Virchow’s claim in the mid 19th century that all life and all diseases originate from cells was rather philosophical, but became a founding pillar of modern medicine. Our modern genomic and multi-omics approaches are nothing more than high-tech extensions of this fundamental concept. Looking at more recent examples, the highest values generated by Stanford University, a recognized powerhouse of innovation, stem from basic discovery science. The big money spinners were DNA transfection, a basic research technology, and the page rank algorithm for finding websites, which laid the basis for Google’s economic fortune and scientific prowess. When these discoveries were made, they were made because of academic curiosity and because of the desire to crack a fundamental scientific problem, not because they were expected to make a lot of money. In fact, I would argue that science directed at developing products is incremental by nature, and thus will only produce incremental benefits.

Breakthroughs that change the world, including economic revolutions, have always come out of basic science. We can produce electricity because of the rather abstract equation Maxwell developed – not for profit, but just to explain a natural phenomenon. A more recent example is the RNA based vaccines against Covid-19. Using RNA as means to express proteins in the human body that could help fight disease uses the very basic insights we gleaned from trying to understand how our cells convert the information stored in our genes into proteins. The idea of using RNA for therapeutic purposes was dismissed for several decades before gaining traction - you can read more about it here. However, now it is a Blockbuster technology that has earned Pfizer BioNTech and Moderna billions.

I think basic discovery science needs to become recognized as an integral part of the fabric of society. Discovery science is an essential cultural need that satisfies the basic human instinct to discover and learn. As such, it should not be encumbered by being tied to commercial aims or interests. We need discovery science becoming a normal part of our society, such as language, music, and theatre has been for a long time. The urge to discover has been arguably the most powerful motivation shaping today’s world. I think it is time to acknowledge that. It is time to make science a cultural good rather than an emergency call out service. It is time to give science a permanent seat at the table of our societal values.