We are Zhiran and Simeng, from Prof. Günther Eissner’s group. We both come from China, both studied Clinical Laboratory Science during undergraduate, both did a Master’s program in Molecular Medicine at Trinity College Dublin, and are both working for Günther somehow at SBI.

Tropical fruits in China are relatively easy to get and very affordable, especially during summertime. I (Zhiran) personally have some funny memories about durian. Quite a lot of people cannot bear its smell. Eating durian was like an adventure for me. I used to wait till my flatmates went to sleep, and I would go to the rooftop, find a corner, and eat peacefully and quietly. Since we have not gone back to China for more than 2 years, and Ireland is such a desert for tropical fruits, we would like to write a blog about them. We hope this could attract you to try some interesting (probably weird) tropical fruits.

Tropical fruit is any fruit produced by a tree native to the tropics. The tropics are the region of the globe between the Tropic of Cancer and the Tropic of Capricorn. The environmental conditions in the tropics are unique, creating a habitat for incredibly diverse animals and plants. Many tropical fruits have been used by humans for centuries, and certain fruits are in high demand all over the world.

The most obvious distinguishing feature of the tropics is the heat. The tropics are warm year-round, and very humid, with some areas receiving lots of rain each year. Plants in this area have adapted to this climate, and many tropical fruits are large, brightly colored, and very flavorful so that they appeal to the animals they rely on to distribute their seeds. This diversity in taste is one of the reasons why people like travelling to tropical countries.

Ireland's nature restricts the growth of tropical fruits. Ireland mainly imports tropical fruits from the UK and Netherlands accounting for 41.2 percent and 30.9 percent respectively. While its exports sit at 0.065 percent ($1.84M) of the tropical fruit trade in the EU.

There are some common tropical fruits that can be easily found in many supermarkets, such as mango, lychee, and pineapple. It is possible to try many unique tropical fruits, and very worthwhile, even though there is a limited supply currently in Ireland. 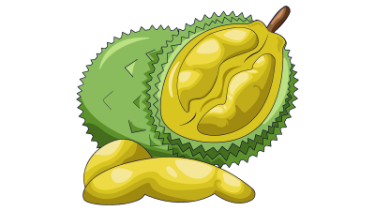 Durian originates in Southeast Asia and is cultivated in Indonesia, the Philippines, Malaysia, and Southern Thailand. Some people find it has a pleasant fragrance, while others can’t bear its overpowering stinky smell. Eating durian or carrying durian is prohibited in outdoor places in some countries, such as Singapore, Japan, and Thailand. However, for durian-lovers, durian is sweet and custardy, and its texture is like a creamy cheesecake. And eating durian feels as if you downed a shot of vodka -- it gives you a warm feeling on the inside.

Where to find it in Dublin: Fresh durian in Henghui Chinese supermarket, frozen durian in Asian supermarkets. 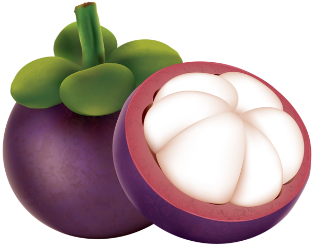 Mangosteen grows mainly in Southeast Asia, Southwest India, and other tropical areas such as Colombia, Puerto Rico, and Florida. Its origin is uncertain due to widespread prehistoric cultivation. People find it complicated to describe the flavour of mangosteen. It tastes like a combination of peach, strawberries, lychee, and pineapple. Mangosteen is one of the superfoods in the world as it is antioxidant-rich, fights with free radicals and heals damaged cells.

Where to find it in Dublin: Fresh Mangosteen in Asian supermarkets. 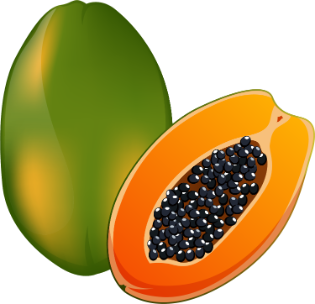 Papaya originates in Southern Mexico and Central America. It is widely distributed and accepted by the population. Papaya is slightly sweet, and it tastes similar to cantaloupe melons or a more exotic version of a mango. Ripe papaya has a buttery texture that melts in your mouth. However, under-ripe papaya probably tastes like vomit due to an enzyme that it generates called papain.

Where to find it in Dublin: Easily find it in Asian and Brazilian markets, Tesco, SuperValu, and M&S. 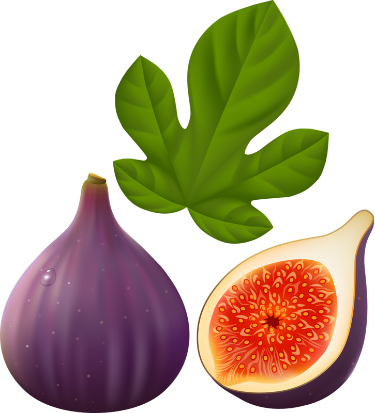 Figs are native to the Mediterranean and western Asia. They have been cultivated since ancient times and are now widely grown throughout the world. Figs can be eaten fresh or dried. Fresh figs are sweet and taste like honey. Unlike papaya, you will not have to remove the seeds inside before consumption -- figs’ seeds are studded inside its squashy flesh are edible and give it a crunch.

Where to find it in Dublin: Lidl, Dunnes, Tesco, SuperValu, M&S, and Asian supermarkets. 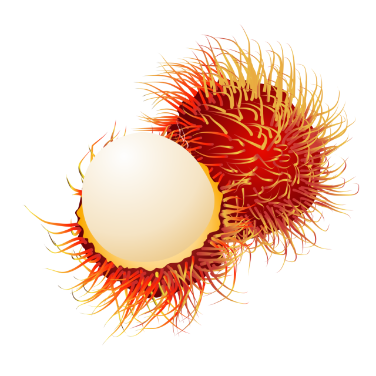 Rambutan originates from Southeast Asia, particularly Indonesia, Malaysia, the Philippines, Thailand, and Vietnam. Rambutan is characterised by its radish coloured appearance and white and watery flesh. It tastes like a combination of sweetness and sourness with floral undertones. Rambutan is also rich in antioxidants. However, its skin may be toxic if consumed regularly or in a large amount, and its seeds have some potential side effects as well.

Where to find it in Dublin: Asian supermarkets. 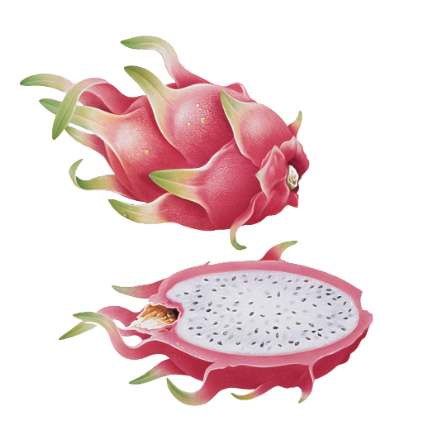 Dragon fruit also has names such as Pitaya, Pitahaya, and strawberry pear. They originated in Mexico and Central America. Dragon fruit has a red-pink-coloured skin and white or red coloured pulp, with black seeds inside the pulp. It doesn’t taste so sweet, so people who are not a big fan of sweet fruit may like it very much. There is a lot of iron, magnesium, and fibre in this low-calorie fruit. The fibre and antioxidant content also provide many health benefits. It is possible to get a natural lip makeup when you eat the red pulped dragon fruit!

Where to find in Dublin: Asian markets or Brazilian markets. 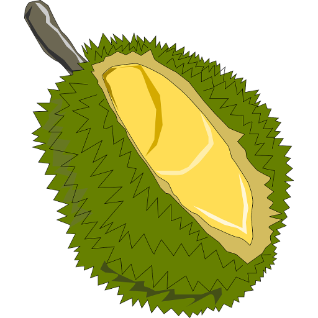 Jackfruit looks a bit like Durian from the outside, but they don’t have the unpleasant smell. Originating in southeast Asia, jackfruit grows on Jackfruit trees in tropical climates. They can be eaten both ripe or unripe. The unripe jackfruit (green/young jackfruit) can be used as a meat substitute. It has been used to make mock-meat dishes for vegetarians and vegans (pulled jackfruit, roast jackfruit, BBQ jackfruit…). After cooking, they are similar to meat in texture, appearance and taste. These unripe jackfruit can be found in supermarkets tinned in spring water or brine. We don’t recommend eating them uncooked since they are bitter.

Ripe jackfruit tastes so much better, as it is fresh and sweet. It can be eaten directly as a snack or dessert. Ripe jackfruit has also been made into bagged jackfruit chips which are sweet and crispy (you can find them in asian markets too). This fruit is low in fat and high in vitamin C, making it a healthy choice for snacking.