Andrew Carpenter (b. 1943) was educated at Oxford University (BA 1963, MA 1968) and at University College Dublin (Ph.D. 1970). From 1964-65 he taught English in Portugal and from 1965-67 was an Instructor in English at the University of Victoria, British Columbia, Canada. In 1970 he joined the full-time teaching staff of the English Department at University College Dublin as a College Lecturer; he was promoted to the rank of Senior Lecturer in 1980, Associate Professor in 1998 and Professor in 2006. He retired from UCD in 2008. He is a Member of the Royal Irish Academy, and a Fellow of the English Association. 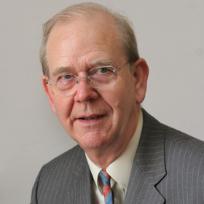 1992 to 1994. He was a member of the UCD Governing Body from 1988 to 1994. As Dean and as member of the Governing Body, he served on many college and university committees including the Council of Deans and the Board of Studies of the National University of Ireland. He was Chairman of the UCD Examinations Appeals Board for several years and also Head of the School of English, Drama and Film. Andrew Carpenter has lectured on Anglo-Irish poetry, particularly that written in Ireland between 1580 and 1800, all over Ireland and in universities from Oxford to Melbourne: he has been visiting professor at universities in the United States and Italy and has delivered papers at conferences in many countries.

He has served on several international scholarly bodies and was the first secretary (1970-73) of the International Association for the Study of Irish Literature (IASIL). He was founding president of the Eighteenth-Century Ireland Society and founding editor of its journal Eighteenth-Century Ireland. He is currently on the board of the Ehrenpreis Centre for the Study of Jonathan Swift (Muenster, Germany), and was until recently a member of the Executive Committee of the International Society for Eighteenth-Century Studies (ISECS) of which he was Senior Vice-President from 2007-2011. He was organizer of the Tenth World Congress of ISECS which took place at University College Dublin in July 1999. More than 1800 delegates from over 100 countries attended this extremely successful event, the largest humanities conference ever held in Ireland.

Andrew Carpenter’s main scholarly interest is in poetry written in English in Ireland between 1550 and 1830 and he is a recognized expert on the work of Jonathan Swift. He also works on book history and has been associated with scholarly publishing through his series of ten volumes of Irish Texts from the Age of Swift (Cadenus Press, 1973-79) and through the publication of various scholarly texts and anthologies over the last thirty years. His most substantial anthologies are Verse in English from Eighteenth-Century Ireland (Cork University Press, 1998) and a companion volume, Verse in English from Tudor and Stuart Ireland (Cork University Press, 2003).

Since his retirement from UCD, Andrew Carpenter has continued working and publishing in various fields of research. He has edited two volumes of manuscripts for the Irish Manuscripts Commission, Verse Travesty in Restoration Ireland: ‘Purgatorium Hibernicum’ and ‘The Fingallian Travesty’ (2013) and The Poems of Olivia Elder 1735-80 (2017). Working together, he and his wife, Lucy Collins, edited The Poems of Maurice Craig (2011) and produced The Irish Poet and the Natural World: an anthology of verse in English from the Tudors to the Romantics (2014). He was General Editor of the five-volume Art and Architecture of Ireland, published in 2014 by the Royal Irish Academy and Yale University Press, and is working on an anthology of English-language poems from Ireland on the subject of women. He has also produced a substantial, annotated bibliography of Irish poetry in English before 1800, published electronically by Oxford University Press (New York) and published many articles and chapters in books. He is a member of the Council of the Royal Irish Academy and serves on a number of its committees.

Articles and chapters in books:

‘Land and landscape in Irish poetry in English 1700-1780’ in The Cambridge History of Irish Literature in Transition, Volume One, 1700-1780 ed. Moyra Haslett (Cambridge University Press, forthcoming 2019).

‘Lawyers and the circulation of verse in Restoration Ireland’ in ed. Coleman Dennehy Law and Lawyers in Early Modern Ireland (forthcoming, 2019).