An international team of physicists have developed a new kind of nanoelectronic circuit to study fascinating quantum mechanical effects which have never before been observed. The research, published recently in the journal Science, uncovers aspects of exotic 'quantum phase transitions', with state-of-the-art experimental results from the group of Prof Frederic Pierre of the CNRS in Paris matching beautifully with calculations from theoretical physicist Dr Andrew Mitchell of University College Dublin. 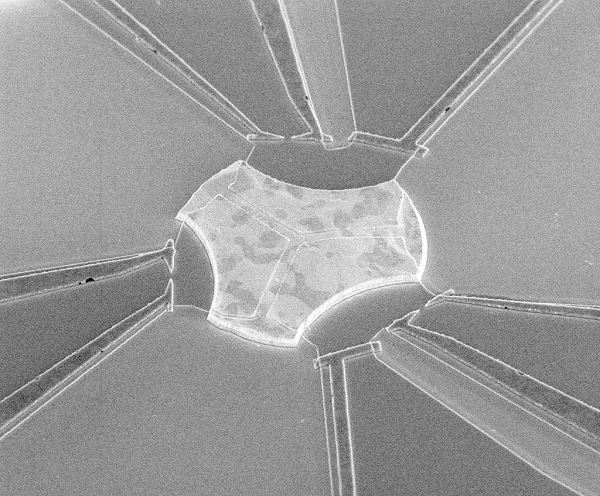 Even though everyday materials might not appear to exhibit quantum effects like entanglement or "Schrödinger's cat" superposition, they are of course all built up out of atoms, which are governed by the laws of quantum mechanics. The incredible variety of different materials, each with its own unique properties, owes to the intricate interplay between its nanoscopic constituents, which in turn leads to collective and emergent behaviour quite unlike those of individual atoms and molecules. The collective physics can lead either to metals or insulators, for example. But it can also lead to more exotic states of matter, such as high-temperature superconductors or topological materials, which have enormous potential for technological applications.

Predicting new kinds of emergent physics, and finding material realizations, is an enduring 'grand challenge' in modern science. Exotic behaviour is predicted from quantum theory to arise near so-called 'quantum phase transitions'. Unlike the familiar liquid-gas phase transition when boiling a kettle, quantum phase transitions between different states of matter occur at the absolute zero of temperature (-273.15°C), and are driven instead by quantum mechanical fluctuations. Although experiments can never reach this theoretical minimum temperature, such transitions are often responsible for observed unusual behaviour in advanced materials at higher temperatures. But understanding these phenomena in terms of microscopic interactions is notoriously difficult. 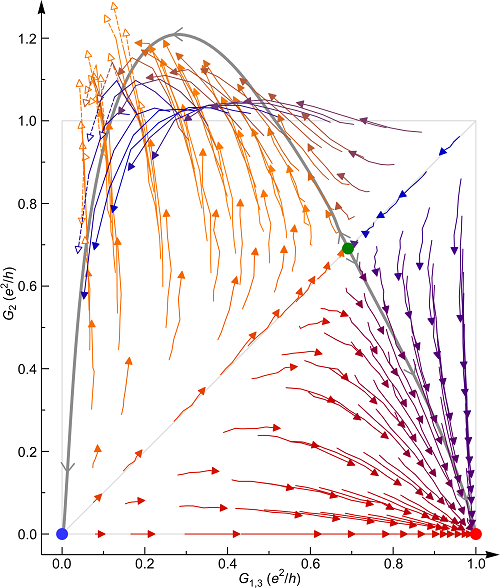 In new research reported in the journal Science, a different approach is taken: instead of trying to understand quantum phase transitions in real materials, whose microscopic complexity often confounds interpretation, a nanoelectronic circuit was developed to controllably probe the effects directly on the nanoscale. This has allowed new states of quantum matter to be realized in the laboratory, for the first time, and be probed at temperatures just a few thousandths of a degree above absolute zero. Theoretical predictions of a quantum mechanical model reproduce perfectly experimental results for the current-voltage characteristics of the device.

The experimental and theoretical results show a rather bizarre effect, dubbed "super-ballistic transport".

The ease with which a current flows around a circuit due to an applied voltage is quantified by the conductance. Typically, the flow of electrons around a circuit is impeded by collisions and scattering; this resistance to the flow lowers the conductance. In electronic chips, increasing the conductance of the wires would reduce the heating that limits performance. In very narrow wires, where the electrons must pass through one at a time, the best that can be hoped for is usually a collisionless flow of electrons -- this is the "ballistic" limit. But near a quantum phase transition, it turns out that electrons in the circuit behave co-operatively, like a viscous fluid. A kind of drag effect can then lead to conductance above the ballistic limit, with each electron dragging along others nearby. Being able to produce circuit conductance above the classical limit demonstrates the potential for exploiting quantum physics for novel applications in electronics.