SBI Group Leader Dr. David Gomez Matallanas has long been an advocate for those suffering with Motor Neuron Disease (also known as ALS, or Lou Gehrig's Disease). Here he shares some of his personal experience with the disease and how research and awareness are making a difference.

1. June 21 is MND Global Awareness Day. Can you tell us a little bit about why MND/ALS research is important to you personally?

June 21 is the summer solstice and was chosen by the international alliance of ALS/ MND association as the day to increase awareness of this disease. The day was chosen with the idea that a solstice is a turning point on the year and to represent the hope for a turning point in ALS/MND.

In June 2014 my brother Carlos got the confirmation of his diagnosis of ALS after a several months of tests. Carlos was 33 at the time and from the beginning he knew that there were very few possibilities that he would live to see a cure. But he was also certain that the only hope for him and the rest of ALS patients was the research of the disease in order to identify possible treatments. Carlos knew that he was doing this for those that would be diagnosed after him.  As a researcher that was also clear to me and together with the rest of my family we have been working since towards the support of research for MND following my brother’s lead. I am lucky that I work with patient advocates, and I knew from the beginning that we should become advocates for ALS/MND in Spain. We also knew that we could not make this alone, but we had to build on the work of those that have been fighting to support MND research, that is why we decided to support the work of FUNDELA (the Spanish foundation form MND research) which is a member of the international alliance of ALS/MND.

Just one month after Carlos’ diagnosis Peter Frates and Pat Quinn started the ice bucket challenge which changed the awareness about the disease and the funding for research worldwide.  Even though many things have changed since 2014 and now that my brother has died of this terrible disease, for me ALS/MND research is the only HOPE that we can achieve the goal that my brother worked for #ForAWorldWithoutALS #PorUnMundoSinELA. 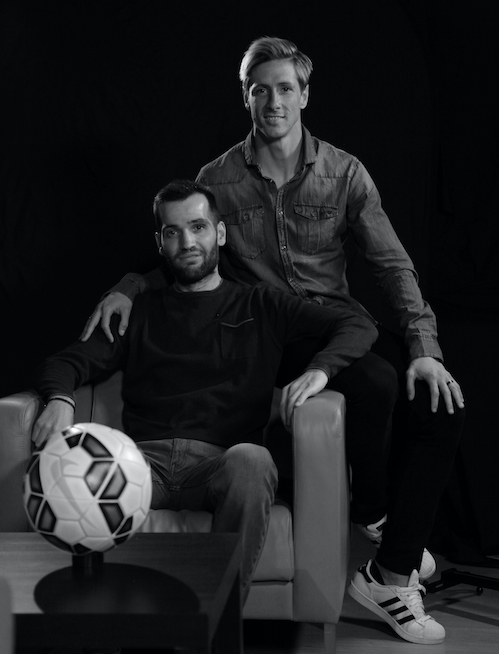 2. We were so sorry to hear of the loss of your brother earlier this year. It must be extremely difficult to see a family member suffer with MND/ALS. What advice would you give to someone who has a family member or friend who has been diagnosed with MND/ALS?

Here in Ireland there is support from the iMND association and they can give advice on different aspects of the disease. I would not give any advice because I know that each case is different. I will only mention some of the things that my brother left written. He was a journalist and in October of 2014, he started a blog in El Confidential, the digital journal where he worked, which explained the progression of the disease to increase awareness for the disease. The first thing he would say is that nobody is ready for the atomic bomb that an MND/ALS diagnosis and each person and each family will respond in very different ways. This disease affects the patient first and foremost but the whole family and supporting network suffers the disease. The second is that you have to listen to the patient and respect their wishes. The third is that you can live with the disease and try to fight for a cure or any other cause but there is no obligation to do so. 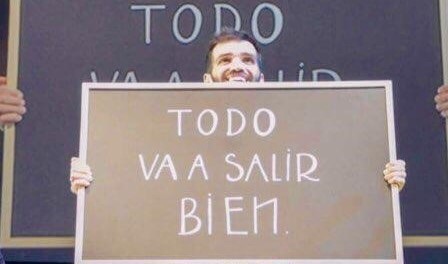 "Everything will be fine."

3. MND/ALS is not one of the diseases we currently study at SBI, but do you think a systems biology approach could be used in MND/ALS research in future?

Yes, systems biology is central in the current efforts in the field of ALS MD research. As I mentioned the ice bucket challenge changed the funding for the research of this disease. I am not a specialist in this disease but as part of my advocacy work for FUNDELA I have attended several ALS/MND alliance international conferences since 2015. In these meetings I have seen how several consortia are applying systems biology/personalised medicine approaches to the study of ALS. In fact, the main project that FUNDELA supports is called ProjectMine and aims to sequence 22,500 genomes of MND patients. The data is analysed using bioinformatics tools and has led to the identification of several new genes that are associated to the development of the disease.

One important aspect that is now acknowledge is that there are different groups of patients that might benefit from specific treatments and have differential disease progression. In order to get a better classification of these groups, personalised medicine is becoming more important in ALS research. In these years I have seen a clear progression on the knowledge of the mechanisms that cause the disease and systems biology approaches are central to this. And one final consideration, many of the molecular pathways that we study in SBI are also deregulated in ALS and other neurodegenerative diseases. The main difference is that in cancer we want the cell to die while in neurodegeneration we want to stop it from dying. So, I think that by learning the basic mechanisms that govern cell fate and increasing basic scientific knowledge we also contribute to understand these diseases.

4. In honour of your brother, Carlos, SBI and the Conway Institute are taking part in this year's "Drink Tea for MND" on June 21, a fundraiser organised by the Irish Motor Neurone Disease Association. Can you recommend any other organisations where people donate time or money in aid of MND/ALS research and support year round?

Yes, that is nice gesture from my colleagues in SBI and Conway. In Ireland, IMNDA supports research but also patient care. Part of the funding has gone towards ProjectMinE Ireland which is led by Prof Orla Hardiman in Trinity College Dublin. There is a specific organisation to support research for this group called Research Motor Neuron.

Outside Ireland there are several organisation including the ALSA and the British MND Association and of course FUNDELA which is more modest but all the money goes for research.

5. Do you have anything else you would like to add?

Not much, just say thank you to anybody reading this and to anybody supporting MND/ALS research, and the researchers doing this work, because that is the only way that we can aim for a world without MND/ALS.