Researchers in the UCD Diabetes Complications Research Centre and their international collaborators have identified 16 regions of the human genome linked with diabetic kidney disease (DKD), the leading cause of kidney disease that can end in organ failure.

This is the largest ever study carried out to look at the genetics of DKD. It involved 19,406 individuals of European descent with type 1 diabetes, with and without kidney disease.

Many individuals with diabetes develop kidney disease despite tight control of their blood sugar levels. Others can maintain normal kidney function despite long-term high blood sugar levels. Although studies have shown that DKD has a genetic component, little was known about the genes involved until now.

This research study set out to uncover genetic differences (or variants) that might explain why some people are susceptible and others relatively resistant to DKD.

The team in UCD Conway Institute, led by Prof. Catherine Godson and Dr Eoin Brennan, along with Dr Darrell Andrews and Dr Ross Doyle, collaborated with colleagues in Queen’s University Belfast (QUB); The Broad Institute and Harvard Medical School, USA; and University of Helsinki, to complete a genome-wide association study. 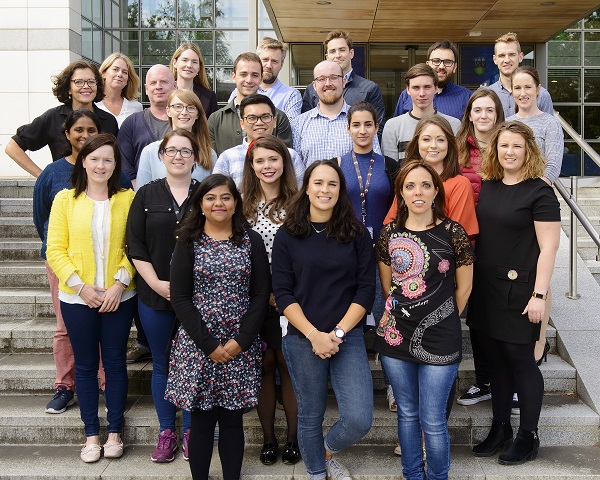 Patients were categorised according to various indicators of DKD such as kidney function tests and biomarkers in urine. The researchers identified 16 novel gene regions linked to DKD, and they provided supportive biological data related to their potential roles in disease.

The strongest signal uncovered was a gene variant that dictates the structure of specialised membranes in the kidney. This COL4A3 gene makes a type of collagen; the long-fibre protein on which cells sit Intriguingly, this variant is associated with protection from DKD. The research team in the UCD Diabetes Complications Research Centre at UCD Conway Institute are now further investigating how this genetic difference can offer protection against DKD.

Commenting on the research findings, Professor Catherine Godson, UCD School of Medicine and Fellow, UCD Conway Institute said,
“Despite our best efforts, the rates of diabetes and associated vascular complications remain unacceptably high. There is an urgent need to predict those individuals with diabetes who are at risk of developing complications, such as DKD and to develop effective drugs to treat the disease in susceptible people.

“These 16 new gene regions linked to DKD provide us with insights as to how this disease develops as well as identifying targets to help prevent and treat diabetic kidney disease. It is interesting to see an association with inflammation and chronic kidney disease associated with diabetes”.
These investigations were supported by a US Ireland R and D partnership award from Science Foundation Ireland and the Health Research Board; the Northern Ireland Office and US National Institutes of Health to investigators at UCD, QUB and The Broad Institute and Harvard Medical School.

This article is available online at https://jasn.asnjournals.org/content/30/10/2000. Salem R et al., Genome-Wide Association Study of Diabetic Kidney Disease Highlights Biology Involved in Glomerular Basement Membrane Collagen. Journal of the American Society of Nephrology doi: 10.1681/ASN.2019030218.
In Ireland today, there are 225,840 people living with diabetes. Of these, 20,000 have type 1 diabetes, a genetic condition typically diagnosed in childhood.

According to the Healthy Ireland survey, 854,165 adults over 40 in the Republic of Ireland are at increased risk of developing (or have) type 2 diabetes. There are a further 304,382 in the 30 – 39 year age group that are overweight and not taking the weekly 150 minutes recommended physical activity, leaving them at an increased risk of chronic ill-health.
About World Diabetes Day
World Diabetes Day (WDD) is marked every year on 14 November, the birthday of Sir Frederick Banting, who co-discovered insulin along with Charles Best in 1922. WDD is the world’s largest diabetes awareness campaign reaching a global audience of over 1 billion people in more than 160 countries. The campaign draws attention to issues of paramount importance to the diabetes world and keeps diabetes firmly in the public and political spotlight. The theme for diabetes awareness month and World Diabetes Day 2019 is 'Family and Diabetes'. The campaign is represented by a blue circle logo that was adopted in 2007 after the passage of the UN Resolution on diabetes. The blue circle is the global symbol for diabetes awareness. It signifies the unity of the global diabetes community in response to the diabetes epidemic.