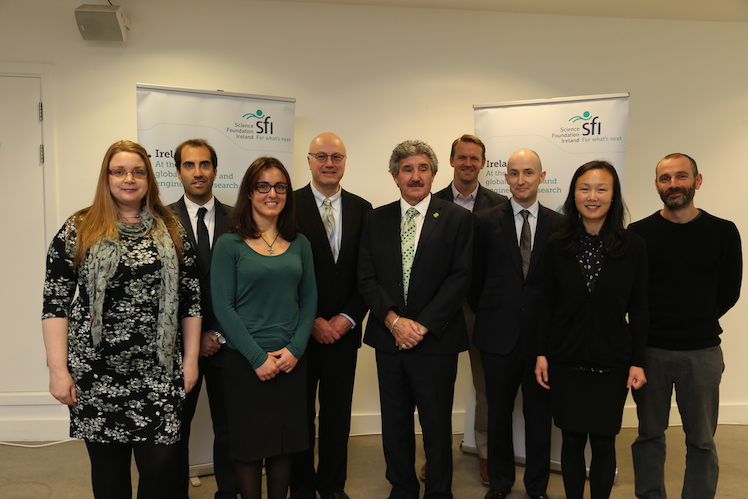 Research projects at University College Dublin have received eight of the 40 awards granted in the latest round of funding from Science Foundation Ireland.

The 40 research projects cover a diverse range of sectors, including health and medical, food and marine, energy and environment, manufacturing and materials and ICT and communications.

“This investment in the SFI SIRG and CDA Programmes allows researchers to advance their research investigations and continue developing their careers,” said Minister of State for Training, Skills and Innovation, John Halligan TD, who announced the awards.

“The nine industrial collaborations linked with these awards provides industry with access to the emerging research expertise found throughout Ireland.

“Collaborations at these early career stages will help establish relationships which will advance Ireland’s economy, society and reputation for research excellence now and in the future.”

“The SIRG and CDA awards help early and mid-career researchers develop essential skills and track records necessary to become the next generation of research leaders in Ireland.  I have high expectations for these projects and look forward to these teams contributing to the advancement of Ireland’s international reputation in areas such as energy, materials, technology, and health,” he added.

A gender initiative was employed for the 2015 SIRG awards, ensuring out of the 12 eligible applicants from a research body, a maximum of six of the applicants could be male. In 2013, 27% of applicants and 27% of awardees (six out of 22) were female.