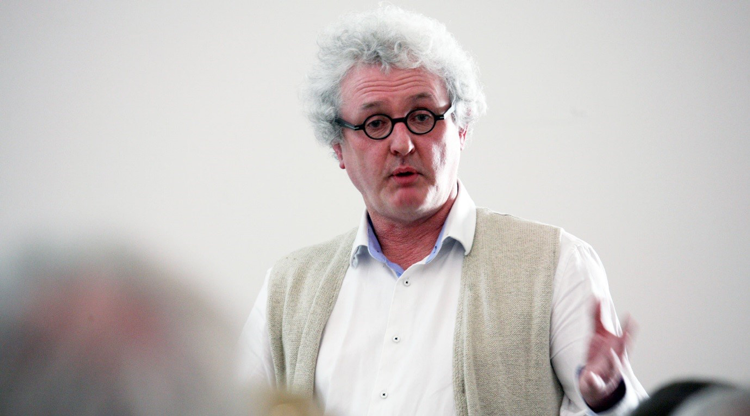 The RIBA has throughout its history honoured men and women who have made a major contribution to the world of design and in particular architecture. The lifetime honour, conferred annually, allows recipients to use the suffix Int FRIBA.

The 2018 International Fellows come from eleven different countries. Their work represents not only the spirit of their homelands but also transcends it to become truly international in its reference and influence.

Shane O’Toole is an award-winning architectural critic and no longer practicing as an architect. A graduate in architecture from UCD and current Adjunct Associate Professor at the UCD School of Architecture.

An honorary member of the AAI, he has served the profession as President of the AAI, Vice President of the RIAI, inaugural director of the Irish Architecture Foundation, Commissioner for the Venice Biennale and jury member of the Mies van der Rohe Award for contemporary European architecture. He co-founded DoCoMoMo International and DoCoMoMo Ireland, the heritage bodies, and is Chairman of the Irish Architectural Archive’s Collections Development Committee. He was a founder member of Group 91 Architects. He reintroduced the Downes Medal as the AAI’s premier award and established its annual international critic’s lecture programme.

He has co-edited monographs on Kevin Roche and Aldo Rossi, and curated exhibitions on Michael Scott, Liam McCormick and Noel Moffett, among others. He contributed to the pilot inventory of 20th-century architecture in Dublin. He wrote for The Sunday Times for ten years. A member of CICA, the International Committee of Architecture Critics, he was named International Building Press Architecture Writer of the Year in 2008, 2009 and 2010. Gandon also published a collection of his critical essays, 101 Hosannas for Architecture, in March this year.

You can read more about the award here: https://www.architecture.com/awards-and-competitions-landing-page/awards/riba-international-and-honorary-fellows