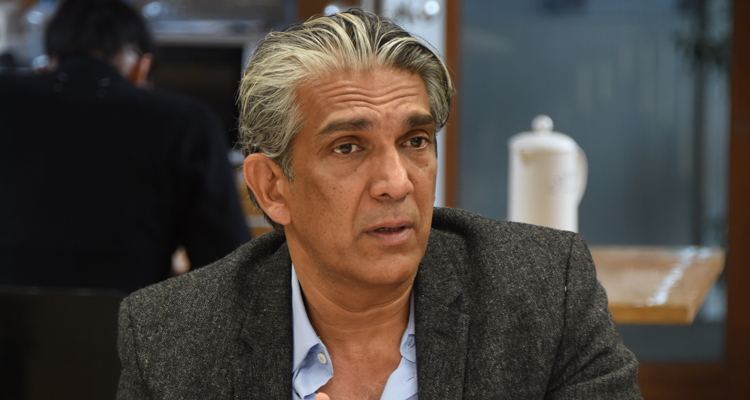 Last night the UCD School of Architecture was played host to Bijoy Jain from Studio Mumbai.

Bijoy set up Studio Mumbai in 2005 in search of a better way to communicate with local craftsmen who often could not read architectural drawings. He was seeking to close the gap between design and making, between thought and building and work more closely with place, tradition and climate. The studio is a collective practice that includes master builders, stonemasons and carpenters as well as architects. They construct large scale mock-ups. Models and drawings are used to test ideas in an inclusive and collaborative way.

Bijoy Jain was born in Mumbai, India in 1965 and received his M. Arch from Washington University in St Louis, USA in 1990. He worked in Los Angeles and London between 1989 and 1995 and returned to India in 1995 to found his practice Studio Mumbai.  Bijoy Jain is a remarkable architect, deeply rooted in his own place but making a unique contribution to world architecture through his commitment to craft, tradition and the life enhancing potential of architecture. He is greatly admired by Irish architects who feel a strong resonance with the character and spirit of his work.

Irish Architecture has often recently been characterised and internationally recognised for its strong sense of place and deep response to context in all its aspects. Therefore, Bijoy’s work has strong parallels and his lecture did not disappoint.