The Benjamin Franklin Award for Open Access in the Life Sciences has been awarded to UCD Professor of Bioinformatics, Des Higgins. The award is presented by bioinformatics.org, an online community of more than 40,000 bioinformatics experts. 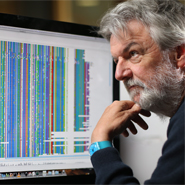