PhD student, John O’Grady from the UCD School of Agriculture and Food Science has won the 2022 UCD Conway Festival Gold Medal for genetic research into how cattle respond to infection with Mycobacterium bovis, the pathogen that causes bovine tuberculosis (TB). This early-stage research could identify potential biomarkers to develop new diagnostic tests for M. bovis infection and guide the breeding of livestock with enhanced bovine TB resistance.

The research being carried out by John O’Grady and supervised by Conway Fellows, Professors David MacHugh and Stephen Gordon and Professor Claire Gormley, will impact the global agricultural industry, which sustains significant economic losses due to M. bovis infection in cattle. 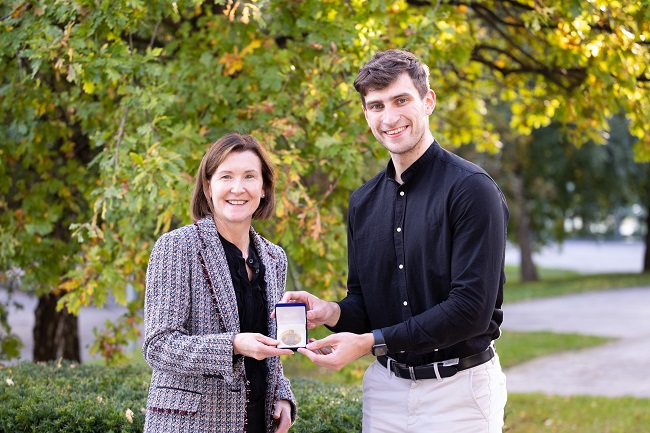 In the context of a One Health framework – in which the health of animals, humans and the environment are inextricably linked - understanding the response in cattle to M. bovis infection can help explain immunological responses during human TB. At a genomic level, M. bovis is 99.95% identical to Mycobacterium tuberculosis, the main cause of human tuberculosis. Previous research has shown that the development of the disease in humans is similar to that in cattle.

M. bovis can also cause zoonotic TB – the spread of infection from animals to humans. Zoonotic TB is a significant disease burden on human populations in the Global South.
In 2020, an estimated 10 million people became ill with tuberculosis worldwide, of whom 1.5 million people died. Worldwide, TB is the 13th leading cause of death and the second leading infectious killer after the SARS-CoV-2 virus.

Describing the study, John O’Grady said, “We created a pipeline for integrative genomic analyses using three types of data: high-resolution genomic variation and transcriptomic data generated by our group and external genome-wide association study data produced by scientists at Teagasc and the Irish Cattle Breeding Federation.
For this, we used samples of peripheral blood from cattle infected with M. bovis to perform a transcriptome wide association study. This is the first study of its kind in the context of bovine TB.”

The transcriptome is the collection of RNA molecules expressed by genes in a particular cell type or biological tissue. Transcriptomics identifies the genes that are active at a given time, and that show altered expression during infection. This study identified genes that are ‘switched on’ or expressed in blood during M. bovis infection of cattle.

“Many of the genes that we identified with genomic variation and expression patterns associated with M. bovis infection are breed-specific. These results suggest that the heritable component of bovine TB susceptibility is determined by a multitude of genes and is highly polygenic.”

John O’Grady is in the first year of his doctoral studies funded by the SFI Centre for Research Training in Genomics Data Science. As part of his PhD research work, he will continue this research to see if there are commonalities in gene expression across breed groups. The genes that are overexpressed during M. bovis infection may be potential biomarkers for the development of new diagnostic tests for M. bovis infection.

The team will also explore whether certain gene mutations might be suitable candidates for genome-enabled breeding or genome-editing of livestock to enhance resistance to M. bovis infection in commercial cattle breeds.
John O’Grady was awarded the Gold Medal sponsored by Cruinn Diagnostics at the closing ceremony of the 2022 UCD Conway Festival of Research and Innovation, which took place on 05-06 October.

Professor Helen Roche, Director, UCD Conway Institute said, “I want to congratulate John on winning the Festival Gold Medal for his work. It is exciting to see the potential for this type of genomic research in the context of both animal and human disease.” 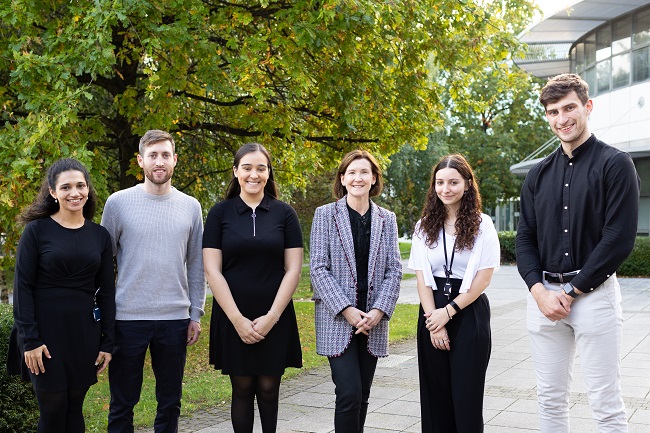 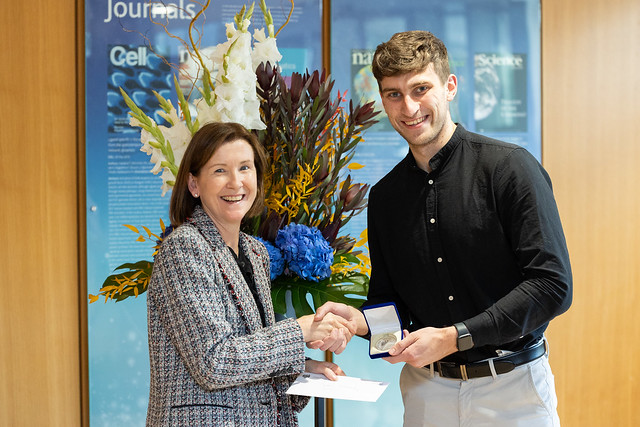