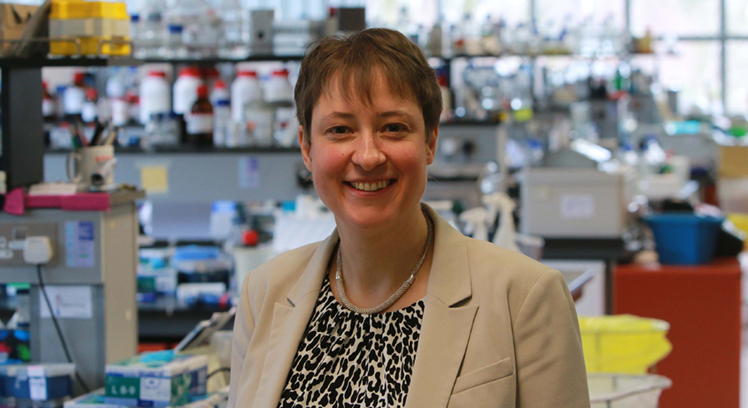 Prof. Ryan will successively become ERS President Elect and then ERS President for 2024–2025, making her a key and influential figure within the ERS.

The ERS is the largest respiratory society in the world with more than 30,000 members. Prof. Ryan will only be the second person, and the first female, from Ireland to take on this role.

Commenting on the announcement, Prof. Ryan said, "This is of course an immense honour and I am grateful to my colleagues in the ERS and within the respiratory community here in UCD and Ireland."

Prof. Silke Ryan is Clinical Professor, UCD School of Medicine and Consultant in Respiratory and Sleep Medicine at St. Vincent's University Hospital. After graduating in medicine from the University of Jena, Germany in 1998, she received a MD by thesis (1999) and was awarded her PhD degree from UCD (2006).

Prof. Ryan has a specific interest in respiratory sleep disorders and her research focuses on the broad subject of cardiovascular disease mechanisms of obstructive sleep apnoea and in particular, on the role of adipose tissue inflammation and on inflammatory responses to intermittent hypoxia.

Her research has been widely published with over 80 original manuscripts in prestigious journals such as Circulation, the American Journal of Respiratory and Critical Care Medicine, Lancet Respiratory Medicine and the European Respiratory Journal.

Prof. Ryan has received multiple international awards including the James Skatrud New Investigator Award from the American Thoracic Society (2012) and the Cournand Lecturer Award from the European Respiratory Society (2015), the latter recognising the most successful young European young investigator in the entire field of pulmonary medicine.

ERS is one of the leading medical organisations in the respiratory field, with a growing membership spanning over 160 countries. ERS prioritises science, education and advocacy in order to promote lung health, alleviate suffering from disease and drive standards for respiratory medicine globally.

The ERS is a non-profit organisation. ERS elections are held annually and offer all ERS members the opportunity to have their say about the future leaders of the Society.