An international collaboration involving scientists in University College Dublin and Lund University, Sweden has made significant advances in Alzheimer’s disease research. The team have developed a screening technique to study the disease in the laboratory and identified candidate therapeutics with the potential to halt the disease process.

Alzheimer’s disease (AD) affects a growing number of people with no available cure at present. The disease is caused by a build-up of normal brain protein inside and around brain cells. This damages and eventually kills the brain cells.

One of the proteins involved is amyloid, which can form toxic plaques around brain cells. It is not known what causes this process to begin, but it starts many years before symptoms appear.

This study identified a drug candidate called SXkmer-YLTIRLM that specifically clings to the amyloid and blocks the most toxic step in the self-assembly process to form plaques. 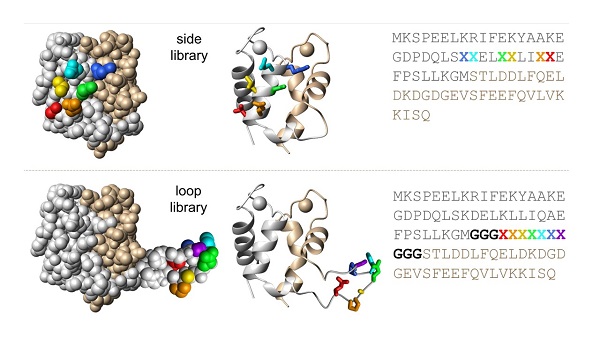 Describing the study, Prof. David O’Connell said, “We wanted to make a new type of protein binder that can target the most toxic species in the amyloid cascade in AD (oligomers). The first step was to design a protein scaffold for target binding on phage display libraries. This allowed us to investigate whether we could modify the disease pathway with new binding molecules that are candidate drug therapies.

Remarkably, our data imply that one of our drug candidates, SXkmer-YLTIRLM, blocks the key toxic step in the interaction with oligomers in solution or at the fibril surface. This is a unique inhibitory mechanism.”
O’Connell and Linse have expertise in protein engineering, protein libraries and specialist assays targeting amyloid beta proteins.

There is now potential to take these new drug candidates and develop them for clinical evaluation, which it is hoped will lead to new treatments in Alzheimer’s disease.

Other research groups will also be able to use and apply these protein libraries under material transfer agreements to target many different disease processes in a similar way.

The libraries were designed at UCD and Lund University and synthesised by a contract DNA company in the United States of America. This study was funded by the Swedish Research Council, the NovoNordisk Foundation and BiOrbic SFI Research Centre.

The findings are published online in the scientific journal, Proceedings of the National Academy of Sciences.