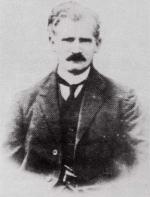 Hugh Ryan, DSc, MRIA, was appointed Professor of Chemistry in the Catholic University School of Medicine and in University College in 1899 having previously worked in Berlin with Emil Fischer. When the National University was founded in 1908, Ryan became Professor of Chemistry in UCD. When the state laboratory was established in 1924 to provide an analytical and advisory service to the government of the new Irish state, Ryan became the first state chemist. His research interests at various stages included sugar derivatives, waxes, natural dyes, peat, and explosives. This memorial medal is funded from the proceeds of a sum of £254 received in 1943 from Dr Michael J Walsh, FRIC. 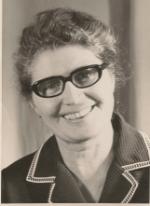 The late Professor Eva Philbin, DSc, MRIA, was Professor of Organic Chemistry at UCD, and was head of the UCD Department of Chemistry from 1962 to 1979. She began her career in 1939 as an industrial chemist before joining UCD in 1945.Philbin became a Fellow of the Royal Society of Chemistry, and was the first woman to chair the National Science Council, the first woman President of the Institute of Chemistry of Ireland and the first female Senior Vice-President of the Royal Irish Academy. Philbin also advocated for those with learning difficulties and took up the chair of the Consultative Council on Mental Handicap, and became honorary treasurer of the National Association for the Mentally Handicapped of Ireland.

The late Professor Rory More O’Ferrall, MRIA, attended University College London, earning a BSc in 1958 and a PhD in 1961 under John H Ridd. He was a postdoctoral fellow and assistant professor in Illinois Institute of Technology’s chemistry department from 1961 to 1965, the Imperial Chemical Industries Research Fellow in the University of Oxford’s 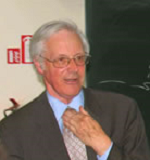 ‌‌‌physical chemistry laboratories, and, after a visiting professorship at Rice University in Houston, he joined UCD. He made seminal contributions to mechanisms and reactivity in organic chemistry and is well known for the More O’Ferrall-Jencks diagrams that are widely used in structure-reactivity studies on complex organic reactions. He was head of the UCD Department of Chemistry from 1999 to 2003. He received the 2006 Boyle-Higgins Gold Medal from the Institute of Chemistry of Ireland. 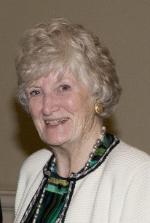 Professor Dervilla Donnelly, DSc, MRIA, completed a BSc and PhD at UCD and postdoctoral studies at UCLA, returning to UCD as a lecturer in 1956. She became Professor of Phytochemistry at UCD in 1979 and supervised more than 80 PhD students during her career. She was elected the first female President of the Royal Dublin Society, and appointed Chairman of the Dublin Institute for Advanced Studies, Chairman of the European Science Research Council, Vice-President of the European Science Foundation, and Senior Vice-President and Vice-President of the Royal Irish Academy. She is a Fellow of the Royal Society of Chemistry, an Institute of Chemistry of Ireland Boyle-Higgins Medallist, a UCD Charter Day Medallist, and a Royal Irish Academy Cunningham Medallist.‌

Professor Frank Hegarty, DSc, MRIA, completed a PhD at UCC with Leslie Scott in 1967 and postdoctoral studies at University of Paris and UCSB. He joined UCD from UCC as Professor of Organic Chemistry in 1980. He is a Fellow of the Royal Society of Chemistry and of the Institute of Chemistry of Ireland, and was UCD’s first Vice-President for Research. He supervised more than 50 PhD students and published over 180 scientific papers in physical organic chemistry. He served as a board member of the Irish Research Council, Vice-President of the Royal Irish Academy, National Chairman of An Taisce, a board member of An Foras Forbartha, an advisory board member of the Environmental Protection Agency, and a three-time head of the UCD Department of Chemistry. He received the 2011 Boyle-Higgins Gold Medal from the Institute of Chemistry of Ireland.

The late Professor Howard Sidebottom completed a PhD with John M. Tedder at the University of St. Andrews in 1969 and from 1969 to 1972 he undertook postdoctoral studies with Jack Calvert and Ed Damon at the Ohio State University as a National Science Foundation Fellow.  Between 1972 and 1974, he rejoined St. Andrews as an ICI Research Fellow whence he was subsequently appointed to the staff of the Department of Chemistry at UCD in 1974. At UCD, he established a world-recognised research group investigating the reactions of electronically excited molecules using advanced experimental techniques and, in particular, studying the reactions of atoms and radicals in the gas phase. An expert on the tropospheric degradation of halocarbon and hydroxyl ethers, he attracted considerable EC funding for studies of atmospheric chemistry and he was a member of the Intergovernmental Panel on Climate Change (IPCC) that was awarded the Nobel Peace Prize jointly with Al Gore in 2007.