CRISPR deletion (CRISPR-del) is a new genome editing tool that can delete or cut out certain pieces of DNA in living cells with surgical precision. This allows researchers to study the functions of the diverse and poorly understood DNA elements that do not code for proteins – sometimes called the ‘dark matter’ of our genome.

CRISPR-del is very practical and has a very wide range of applications, from basic research to eventual therapies. However, a major hurdle has been its relatively low efficiency, which has limited its application, increased the workload for researchers in the laboratory and reduced the sensitivity of screening applications. 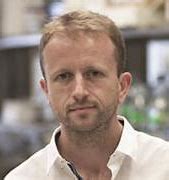 Researchers in the University of Bern and University College Dublin led by Associate Professor Rory Johnson (pictured) looked for ways of improving CRISPR deletion. They developed a new reporter system to identify factors that improve deletion efficiency. The team used this reporter to reveal that a simple and cheap pharmacological inhibition of a step in the DNA repair pathway (DNA-PKcs) can significantly boost the efficiency of CRISPR deletion.

This approach was found to work in a variety of experimental setups, most notably in high-throughput pooled CRISPR screening approaches to identify genes and elements that influence cell survival and growth, with relevance to cancer.

Describing the significance of the finding, Associate Professor Rory Johnson said; “This is the first method shown to improve efficiency of CRISPR deletion. It is also unexpected as blocking the DNA-PKcs was previously used to suppress CRISPR deletion, rather than promote it. The key insight is that slowing down the DNA repair process without stopping it altogether actually gives it enough time to produce the desired deletion event.”

CRISPR-Cas9 was first described as a gene editing tool in 2012 by George Church, Jennifer Doudna, Emmanuelle Charpentier, and Feng Zhang. Since then, researchers use this molecular scalpel to search for and remove elements of the genome that are involved in disease. Examples include the elements that control cancer or other genetic diseases.

The research was carried out in the Laboratory for Long noncoding RNAs and Disease (GOLD Lab), which was awarded a SFI Future Research Leaders grant to relocate to UCD School of Biology and Environmental Science and UCD Conway Institute in 2019.

The findings are published online before print in the scientific journal, Genome Research.