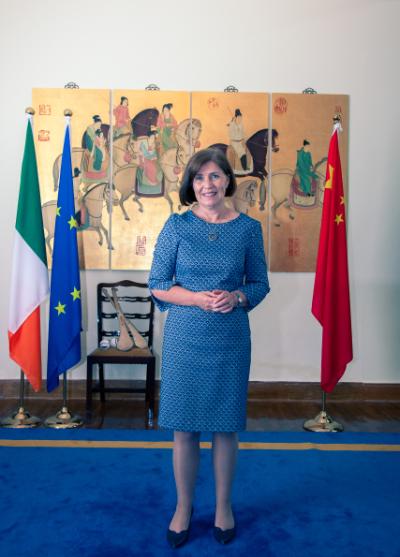 Dr Ann Derwin graduated from UCD with a degree in Veterinary Medicine (MVB) in 1986 and worked in practice in Ireland and the UK for six years after graduation.  In 1992, she joined the Department of Agriculture, Food and the Marine as a Veterinary Inspector.  Since then, she has worked as Agriculture Attaché in Madrid before becoming Chief Economist at the Department, a role which gave her responsiblity for the Government’s agri-food strategy development as well as policy planning and engagement with UN Rome based agencies including the Food & Agriculture Organisation (FAO), the World Food Programme (WFP) and the International Fund of Agricultural Development (IFAD) as well as the Organisation for Economic Co-operation and Development (OECD), Paris.

She was appointed Assistant Secretary at the Department in 2015, with responsibility for Corporate Affairs including HR, Finance and the Minister’s Office.  Dr Derwin was the first woman to serve on the Management Board of the department.

She is a passionate advocate in Ireland and internationally of the need to enhance the role of women in the agri-food sector and in 2017, she was appointed Director General, Global Irish Services in the Department of Foreign Affairs and Trade where she also led gender equality and diversity initiatives.

In January 2021, Dr Derwin took up the role of Ambassador of Ireland to the People’s Republic of China with accreditation to Mongolia, having been nominated for this post in July 2020.

Dr Derwin holds a Masters in Agricultural Economics from Imperial College, London University (2005) and a Doctorate in Governance from Queen’s University, Belfast (2010).