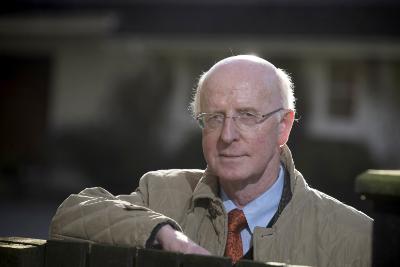 John M. Oxx graduated from UCD with a degree in Veterinary Medicine in 1973. He joined his father, also John Oxx, as an assistant trainer when he graduated.

He took over the trainer’s licence from his father in 1979 and held the licence for 41 years until 2020. During that time, John's veterinary training was an invaluable resource, if only to better understand the horses in his care and to be able to communicate clearly to their owners the explanations around any illnesses or injuries.

During his career, John trained almost 2000 winners and a series of champion racehorses, including Sea the Stars in 2009, winner of the 2,000 Guineas, the Epsom Derby, the Eclipse Stakes, the Juddmonte International, the Irish Champion Stakes and the Prix de l’Arc de Triomphe to become the highest rated Irish racehorse ever.