The first Dean’s Lunchtime Clinical Club of the 2017/2018 academic year got off to a flying start with a packed house in VET115.  The first session of the series was introduced by the Dean, Professor Michael Doherty, who welcomed everyone and noted that it was a record turn-out - he encouraged students to keep up their enthusiasm for the series as the academic year progresses.  Dr Eoin Ryan was then introduced by Professor Alan Baird, who chaired the session entitled ‘Humeral Fracture in a Sheep;' Professor Baird highlighted that the session was not a lecture, but was focused on student engagement. 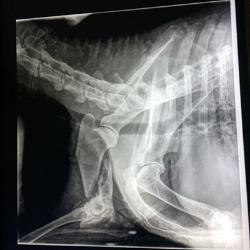 Eoin began his talk by going through the case history of Barbara, an 18 year old Suffolk X ewe.  Barbara was found by her owner with non-weightbearing lameness of the right foreleg.  The referring vet identified a humeral fracture and suggested euthanasia.  The owner, however, wanted treatment options and the animal was referred to the UCDVH for assessment.  A full clinical examination was completed and a number of issues were identified, including the fracture and respiratory issues.  X-rays were taken as part of the diagnostic work-up, and sedation was required for this – this was a particular challenge with a geriatric patient suffering from respiratory problems.  The prognosis was guarded - there was a 50% chance of achieving good fixation if an operation was carried out.  If surgery was to go ahead, then internal fixation was the only option as it would not be not possible to immobilize for casting.   Eoin highlighted the need to consider the balance between what the owner wants and what you as a vet recommend; in this case, there was a sentimental attachment to the animal on the part of the owner, who advised that the team should ‘treat her like a dog.’ 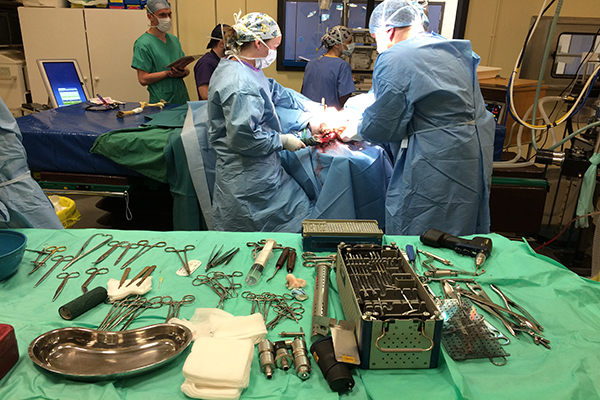 The decision was made to proceed with surgery.  The first issue to be considered was anaesthesia, given her age, and a sterile environment was also key.  There was a large team of people involved in the surgery from across a range of disciplines in the UCDVH, and all contributed to a successful outcome for Barbara.  Following on from the surgery, post-op risks needed to be considered – oxygen, keeping the animal warm – but Barbara was soon bright, alert and eating biscuits! 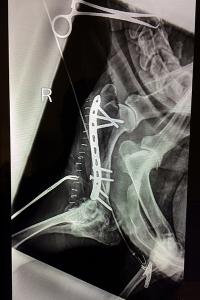 After her surgery there was daily monitoring, medication administered (antibiotics, NSAIDs) and regular physiotherapy and Barbara was discharged home after 3 weeks, with the owner taking over her physio.  Eoin highlighed the huge team involved in this case in the UCDVH - staff from Radiology, Anaesthesia, Large Animal and Small Animal surgery departments, the Farm Animal Clinical Studies section and members of the Nursing team – all were critical in making the operation a success.‌

A lively question and answer session followed, with questions asked on the possibility of amputation, ethics and also how the fracture had happened.  The first Clinical Club of 2017/2018 proved to be a highly interesting, enjoyable and interactive session! 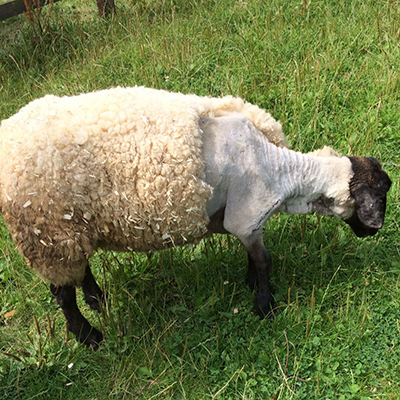