Professor Regina Uí Chollatáin is a Senior Professor and Chair of Modern Irish and Literature. She has recently competed six years as as Head of the UCD School of Irish, Celtic Studies and Folklore and Head of Irish Studies. She has been appointed Chair of the Board of Foras na Gaeilge in 2021. This is a government appointment by the North South Ministerial Council Joint Secretariat. Foras na Gaeilge is the cross-border North South Language Body with oversight of all Irish language funding, initiatives and organisations on the island of Ireland. She has been the Director of UCD de Bhaldraithe Centre for Irish Language Scholarship and the Vice-Principal / Director of the UCD College of Arts and Celtic Studies Graduate School. Regina is the Director and Initiator of the MA: Scríobh agus Cumarsáid na Gaeilge since 2006 and project coordinator of the first Irish language University based Journalist in Residence (2006-2009).

Regina completed her PhD in the National University of Ireland, Maynooth and was awarded an IRCHSS scholarship and IRCHSS Archival Fieldwork Bursary. She was awarded the NUI Post Doctoral Fellowship in Léann na Gaeilge/ an Léann Ceilteach in 2003 and the Ireland Canada University Foundation Senior Visiting Professorship 2011-12.

Regina's literary awards include Duais Lil Nic Dhonncha agus Bonn Dhonncha Uí Shúilleabháin for Stair Chonradh na Gaeilge at Oireachtas 1999, 2001 and 2002 and the Oireachtas award in 2008 for journalistic criticism of the Gaelic column in Iriseoirí Pinn na Gaeilge (Cois Life 2008). She was named as one of the first 8 Irish writers for the national Portráidí Irish Language Writers project in November 2016.

Regina's main areas of research are Irish language media, and the Revival period, examining the evolution of the public sphere of the media from Gutenberg to Bolg an tSolair (1795), and on to present day print, broadcast, and online forums 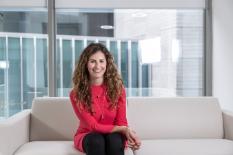 Darina is the Ad Astra Scholarships Manager and in addition manages the Ad Astra Academic Programme. Darina has a BA in Business with Arts Management and has worked abroad, including Australia, Canada and the USA. She has worked across the different sectors in UCD, including with Medicine at the St Vincent's University Hospital and on the Masters of Accounting Programme at the UCD Michael Smurfit Graduate Business School.

Darina’s previous roles have included the running of several masters programmes in UCD, an event co-ordinator with O'Reilly Hall, student adviser to the Nursing,Radiography, Physiotherapy, Health & Performance and Sports and & Exercise Students. and more. Darina has also been involved with charity and counselling work outside of UCD.