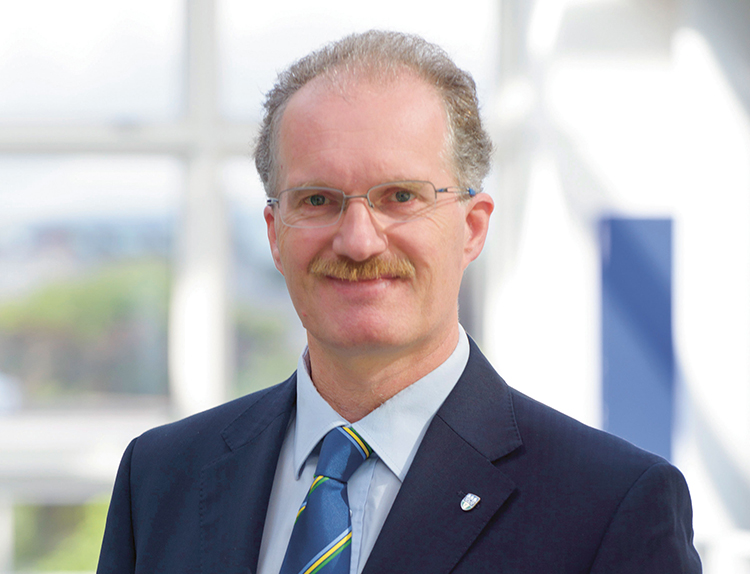 Professor David FitzPatrick has been appointed as the first president of Technological University Dublin.

A leading academic at University College Dublin, Professor FitzPatrick’s term in office will begin in the New Year when TU Dublin is formally established on January 1, 2019.

Currently the Principal at the UCD College of Engineering and Architecture and Dean of Engineering, Professor FitzPatrick is also Provost of the Beijing-Dublin International College (BDIC), a joint venture between UCD and Beijing University of Technology.

“I would like to personally thank David for his dedication and contribution to the University over the last 20 years and his support as a member of UMT, and to wish him all the best for what will be an exciting and challenging role.”

Welcoming the appointment too was Minister for Higher Education Mary Mitchell O’Connor, who said Professor FitzPatrick’s experience at UCD had made him the perfect candidate to “drive TU Dublin’s mission for technological excellence, research, knowledge transfer and regional development.”

“He is a person of huge experience and expertise in the higher education sector,” she said.

Minister for Education and Skills Joe McHugh added that Professor FitzPatrick’s leadership will be critical in delivering on the distinct mandate for TU Dublin.

“Professor FitzPatrick brings a wealth of knowledge, skill and experience to the new TU Dublin. With a background in engineering and leadership I am sure that he will drive the Government’s ambitious approach to third level education and set the benchmark for other technological universities to follow.”

The State’s first technological university - based on the merger of Dublin Institute of Technology (DIT), IT Tallaght and IT Blanchardstown – TU Dublin will be among the largest Higher Education Institution in Ireland with almost 28,000 students and over 3,000 staff.

The new university will be developed on three campuses – at Grangegorman, Blanchardstown and Tallaght.

There are currently three other consortia of Institutes of Technology in Ireland seeking to become technological universities.

Following Professor FitzPatrick’s appointment as President of TU Dublin, Professor Michael Bruen, from the UCD School of Civil Engineering, will take up the position of interim College Principal at the UCD College of Engineering and Architecture.

Dr Ailish O’Halloran, currently Deputy Provost at BDIC, will assume the position as interim Provost at the college.

Both positions will be advertised in due course.