In a phase I study[1] led by The Institute of Cancer Research (ICR) and The Royal Marsden NHS Foundation Trust, presented at the American Society of Clinical Oncology Annual Meeting 2017, seven of ten women with advanced ovarian cancer who had the particular molecular marker for the drug responded to treatment.

There are approximately 240,000 new ovarian cancer patients per year worldwide[2] with 70% of patients presenting with advanced disease[3]. The 5-year survival is around 40%[4] and patients who become resistant to platinum-based first-line therapy have the poorest prognosis with treatment limited to single-agent salvage chemotherapy. Response rates to current second-line therapies are less than 10%.[5]

Under the terms of the agreement with BTG, Carrick has gained exclusive worldwide development and commercialisation rights to CT900 and has already commenced preparations for pivotal studies.

A clinical development programme in other cancers will also be undertaken. Financial terms of the deal were not disclosed.

Dr Elaine Sullivan, Chief Executive, Carrick Therapeutics, said, "The addition of CT900 to our pipeline further strengthens Carrick's multi-asset portfolio targeting critical pathways that drive aggressive and resistant cancers. Since our inception two years ago, Carrick has made excellent progress and is now developing two clinical assets and a pre-clinical pipeline that have the potential to meet significant unmet needs for patients."

She added, "CT900, which is a targeted therapy, has already demonstrated clinical activity in platinum-resistant/refractory high-grade serous ovarian cancer. In addition to ovarian cancer, we will be investigating CT900 in other difficult to treat cancers that express high levels of folate receptor alpha. These patients can be selected via a companion diagnostic based on folate receptor alpha expression. We believe CT900 shows real potential to make a meaningful difference to patients' lives."

Professor Paul Workman, Chief Executive and President of The Institute of Cancer Research, London, said, "The efficacy results that we have seen so far for CT900 are very promising. The beauty of this drug is that it is targeted to the tumour cells, meaning there are fewer side-effects and making it a very promising treatment for women with ovarian cancer.

"I am very excited that this drug is progressing to the next stage of clinical trials and believe it has the potential to be a highly effective treatment for women with ovarian cancer, even when their tumours have become resistant to existing drugs."

Carrick also announced today that Dr George Golumbeski has been appointed Chairman of the Board of Directors.

He currently serves as President of GRAIL, a company focused on early detection of cancer. Prior to GRAIL he served as Executive Vice President of Business Development at Celgene, where he was responsible for all aspects of business development, including identifying and evaluating opportunities, strategic collaborations and licensing deals.

Commenting on the Board appointment, Dr Elaine Sullivan said, "We are delighted to welcome George to the Board and look forward to utilising his experience and advice at Carrick as we rapidly develop and build out our high-quality pipeline." 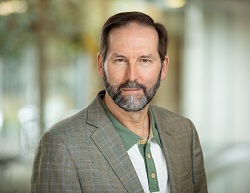 Dr Golumbeski said,"I am very excited to work with the leadership team and Board of Directors at Carrick Therapeutics. Carrick is focused on oncology therapeutics and currently has two significant programmes in clinical studies. CT7001 is an oral CDK7 inhibitor that is progressing through phase 1 studies. CT900 has shown clinical proof-of-concept in platinum-resistant ovarian cancer. I look forward to joining efforts with the Carrick team to advance these programmes towards pivotal studies and, ultimately, to patients."

Carrick Therapeutics is a biopharmaceutical company focusing on the innovative research and development of transformative oncology medicines. Carrick's aim is to become a leading global oncology-focused biopharmaceutical company. The name Carrick means 'rock' in Gaelic to emphasise the strong foundation of like-minded scientists, collaborators and investors, and the vision to build a durable world-class company. Carrick has an ambitious patient-focused vision to serve cancer patients around the world by the introduction of ground-breaking cancer therapies that will transform the way cancer is treated.

The company was established with an initial funding round that saw it raise $95 million and continues to build its portfolio through partnering. Significantly, whilst other companies bank on a single molecule or biological mechanism, Carrick will build a portfolio that targets multiple mechanisms that drive cancer. In close partnership with a network of clinicians and scientists in internationally-leading research institutes and hospitals the business will drive its portfolio of ground-breaking cancer therapies from laboratories to the clinic.

The Institute of Cancer Research, London is one of the world's most influential cancer research organisations. www.icr.ac.uk

At NovaUCD, the hub for new ventures and entrepreneurs at University College Dublin, we nurture and support new high-tech and knowledge-intensive companies as part of UCD's mission. At NovaUCD we provide purpose-built, state-of-the-art incubation facilities alongside a comprehensive business support programme for client companies such as Carrick Therapeutics. NovaUCD has been funded through a unique public-private partnership that includes AIB Bank, Arthur Cox, Deloitte, Enterprise Ireland, Ericsson, Goodbody Stockbrokers, UCD and Xilinx. www.ucd.ie/novaucd