I am a Computer Scientist and a Cancer Biologist 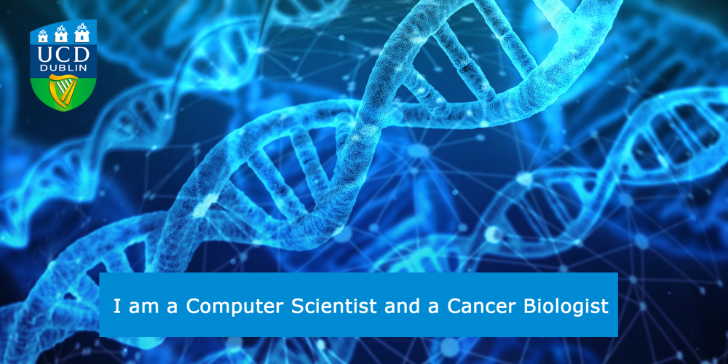 I am a Computer Scientist and a Cancer Biologist

Dr. Colm J. Ryan is a lecturer in the UCD School of Computer Science and a Group Leader at Systems Biology Ireland. 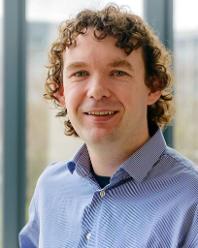 Tell us a bit about your path to computer science

I started out with a fairly straightforward computer science career path but things got interesting along the way! I have a degree in Computer Science from Trinity College Dublin and after graduating, I worked as a software developer for IBM. However, I was always interested in biology and in research so after a few years of software development I came to the UCD School of Computer Science to undertake a PhD in computational biology. The PhD was an amazing opportunity to learn about an entirely new field (yeast genetics) and to develop new computational skills (machine learning, network analysis). After finishing my PhD I moved into cancer focused research and spent the next five years or so working as a research fellow in the School of Medicine in UCD. I also spent extended periods working as a visiting scientist at the Institute of Cancer Research in London and at the University of California, San Francisco. I am now back in the School of Computer Science as a lecturer and continue to lead a research group focussed on computational biology.

Tell us a bit about your research

I use computers to try and identify better targeted treatments for cancer.

A major goal in cancer research is to develop more precise treatments that will be more effective in specific groups of patients. Instead of a ‘one size fits all’ approach - treating all cancers that occur in a specific organ the same - we try to identify drugs that will work very well in patients whose tumours have specific genetic mutations. These drugs have the potential to both be more effective and to reduce the side effects associated with standard chemotherapy. There are already a number of genetically targeted treatments in clinical use for different cancers, for example skin cancer patients with mutations of the BRAF gene may be given a drug called vemurafenib while breast cancer patients with alterations of the HER2 gene may be given a drug called herceptin.

However there are many additional genetic alterations that occur in cancer that we cannot currently target therapeutically. My research focuses on developing better targeted therapies by 1) trying to understand what different mutations do to tumour cells and 2) using this understanding to predict which drugs might be effective for patients whose tumours have specific mutations.

Why is computer science so important for cancer research?

Over the last couple of decades biology in general, and cancer research in particular, has become much more data intensive and consequently more dependent on computational approaches. It was not uncommon for a biologist thirty years ago to spend an entire career working on the function of an individual gene or protein. However, thanks in part to efforts like the human genome project, it is now possible to look not just at the role of one gene but at how thousands of genes might contribute to a given disease or condition. We have roughly 20,000 genes in our genome so when trying to make sense of measurements for all genes across thousands of patients computers become absolutely essential. It’s not possible to analyse data of that scale using pen and paper! A lot of data science skills become really key to making sense of biological data at this scale - basic data handling and storage expertise, machine learning to identify specific patterns in the data, and information visualisation to present results that can be interpreted by different audiences.

In addition to the need for computational skills, much of biology now relies on multi-disciplinary teams working together. A nice benefit of this is that on a daily basis I get to learn from people with very different backgrounds including wet-lab researchers (the folks who wear white coats and grow cells in the lab) and clinicians (doctors who treat patients). These multi-disciplinary teams make it possible to achieve things that no individual scientist could achieve on their own. For example, last year I was part of a team that identified that an existing lung cancer drug may provide benefits for breast cancer patients whose tumours have a specific mutation. This finding has led to a clinical trial to see if this drug actually improves outcomes for women with breast cancer. It’s very difficult to see how I could have this sort of impact working alone on my computer!

You can read more detail about Colm’s research here and here.