‌In recognition of his outstanding academic achievements, Professor Da-Wen Sun, Professor of Food and Biosystems Engineering at University College Dublin (UCD), was awarded membership of the Royal Irish Academy (RIA) on 28 May 2010. This is the highest honour that can be attained by scholars and scientists working in Ireland. 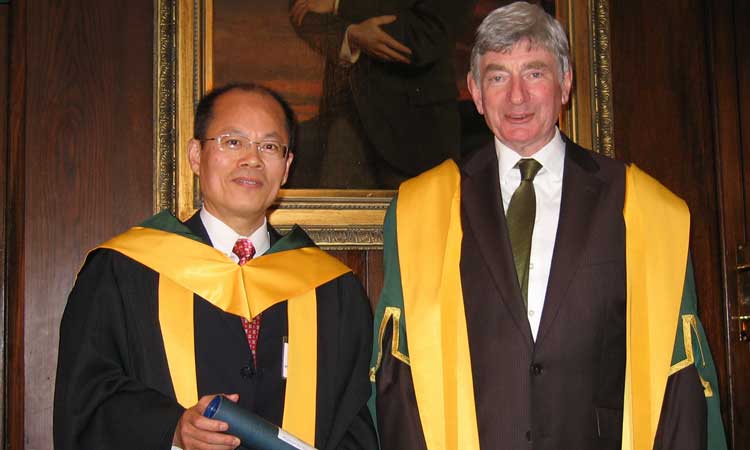 Professor Da-Wen Sun holds the chair of Food and Biosystems Engineering at University College Dublin. His many scholarly works have become standard reference materials for research workers in the areas of computer vision, computational fluid dynamics modelling and vacuum cooling. Professor Sun has published well over 200 peer-reviewed papers in high-impact international journals and has edited ten authoritative books. He is editor-in-chief of the journal Food and Bioprocess Technologyand editor of the series Contemporary Food Engineering. Thomson Scientific ranks him among the top 1% of authors cited in Agricultural Sciences. Professor Sun holds visiting professorships at several Chinese universities.

Founded in 1785, the Royal Irish Academy (RIA) is an all-Ireland’s premier learned body and vigorously promotes excellence in scholarship in the sciences, humanities and social sciences. For 225 years membership of the Royal Irish Academy has been keenly competed for, as it is the highest academic honour in Ireland and a public recognition of academic achievement. There are now 442 Members of the Academy in disciplines from the sciences, humanities and social sciences and in its entire history only 2,833 people have been Members. Those elected are entitled to use the designation 'MRIA' after their name. Professor Sun was among only 24 academics on the island of Ireland to achieve this highest academic distinction.