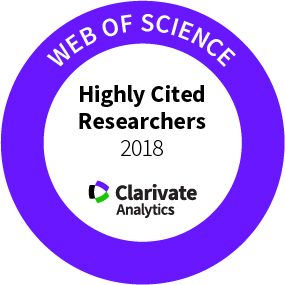 This is the 4th consecutive year that Professor Sun is ranked among @Clarivate’s top 1% of researchers for most cited publications in Agricultural Sciences indexed by @WebofScience. Previously Professor Sun has been named a Highly Cited Researcher in 2015-2017  by Clarivate Analytics.

2018 Highly Cited Researchers represent some of the world’s most influential scientific minds from 21 scientific fields (those used in Clarivate Analytics Essential Science Indicators, or ESI) or across several fields. Approximately 6,000 researchers — some 4,000 in specific fields and about 2,000 for cross-field performance, earned this distinction by writing the greatest number of reports officially designated by Essential Science Indicators (ESI) as “Highly Cited Papers” — ranking among the top 1 percent most cited for their subject field and year of publication (2006-2016). Only articles and reviews in science and social sciences journals indexed in the Web of Science were considered. Highly Cited Researchers are leading the way in solving the world’s biggest challenges.

2018 Highly Cited Researchers can be accessed at: https://hcr.clarivate.com/ 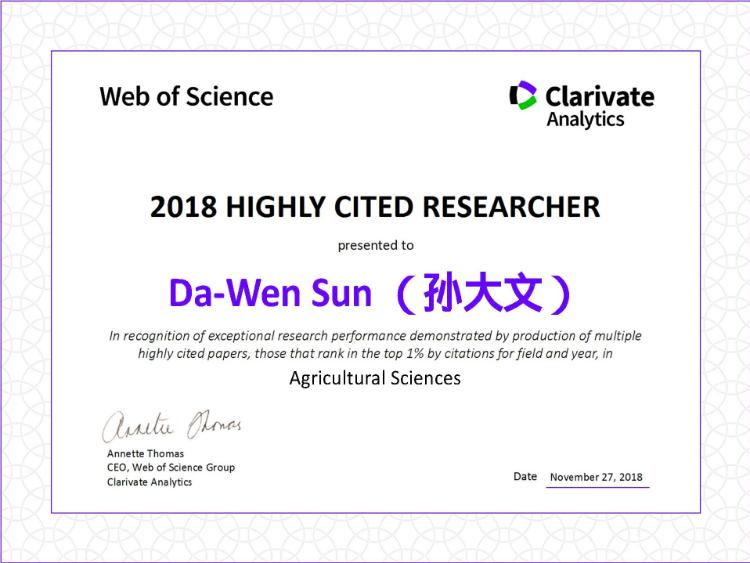