‌Professor Da-Wen Sun, MRIA, Professor of Food and Biosystems Engineering, from UCD School of Agriculture, Food Science and Veterinary Medicine has recently been successful in two of the three project proposals submitted to EU 7th Framework for funding, achieving an exceptional success rate of 67% in extremely competitive calls under 7thFramework Programme, which typically fund 1 in 6 or 7 of the project proposals they received. His three submitted proposals have all received the evaluation marks that passed the threshold to be eligible for funding consideration. 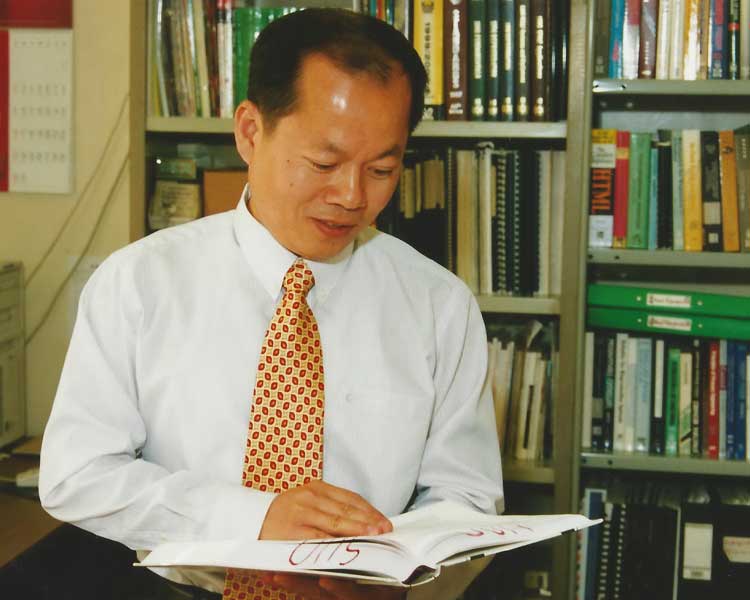 The new EU 7th Framework Project “COOL-MEAT – A Novel Method for Improving the Vacuum Cooling of Cooked Meats”, which starts on 1 October 2010, is based on UCD technology developed by Professor Sun. Professor Sun is a pioneer researcher internationally in developing the vacuum cooling technology for the food industry. Over the past ten years, Professor Sun has continuously received substantial amount of funding from Department of Agriculture, Fisheries and Food for developing rapid cooling techniques for various food products to enhance food safety and quality, and many of his publications have become standard references in the area. In particular, Prof Sun and his team have shown that vacuum cooling could achieve 400% faster in cooling large cooked meat joints as compared with conventional techniques, and for better cooked meat quality, they have thus developed an innovative Immersion Vacuum Cooling (IVC) technology. This new EU project of €1,158,639 with UCD share of €430,545 involves in 3 RTD Performers and 5 SMEs from 4 countries, and will build on UCD past research on IVC technology in order to apply and validate the technique in industry and to plan for the post-project commercial scale up of the IVC system and its subsequent market entry, aiming to improve the competitiveness of European SMEs from the cooked meats industry.

The other newly funded EU 7th Framework Project is called “ULTRAFINEWINE - Novel Method for Assisting and Accelerating the Aging Process of Wine”. Currently, Prof Sun is completing research work for project “MINICRYSTAL – Method for Improving the Quality of Frozen Foods by Assisting the Freezing Process and Reducing the Size of the Ice Crystals”, which is also funded by EU 7th Framework and has a total funding of €1,086,610 with UCD share of €462,989. In this current project Prof Sun and his research partners have designed and developed a prototype system that uses power ultrasound to initiate ice nucleation and to control crystal size distribution in the frozen food product for shortening freezing time, increasing freezing efficiency and improving product quality. This new EU project is a continuation of Prof Sun’s research programme in using ultrasound technology for accelerating food processes. The new project will use ultrasound technology to alter the interaction of wine ingredients to obtain chemical changes in the wine resembling many years of natural ageing and will design a prototype ultrasound device that can be integrated into existing wine fermentation vats for the production of homogenous wines with an extended shelf-life in very short periods of time compared to natural ageing. Starting on 1 November 2010, this new research will be in collaboration with two other RTD Performers and 6 SMEs from 5 countries, which has received a total grant of €1,151,340, of which UCD shares €441,153.

A world authority in food engineering research and education, Prof Sun has published a high volume of scholar works consisting of 10 edited authoritative books and over 500 research papers including more than 200 peer-reviewed papers in leading international journals, and has received a number of prestigious international awards including the highest honour of International Commission of Agricultural Engineering (CIGR) - CIGR Fellow Award. According to Thomson Scientific's Essential Science Indicators (ESI) updated as of 1 July 2010, a total of 2,554 scientists are among the top one percent of the most cited scientists in the category of Agriculture Sciences (ISI Web of Science), and Prof. Sun is at the top of the list with his ranking of 31.